Telemarketing haunts individuals by day and frightens them at dawn

Recently, many people’s complaints escalated about the increase in marketing phone calls, which they described as “disturbing and horrifying”, as a large number of citizens and residents expressed in their personal accounts on social media platforms, their strong dissatisfaction with these calls that are chasing him. 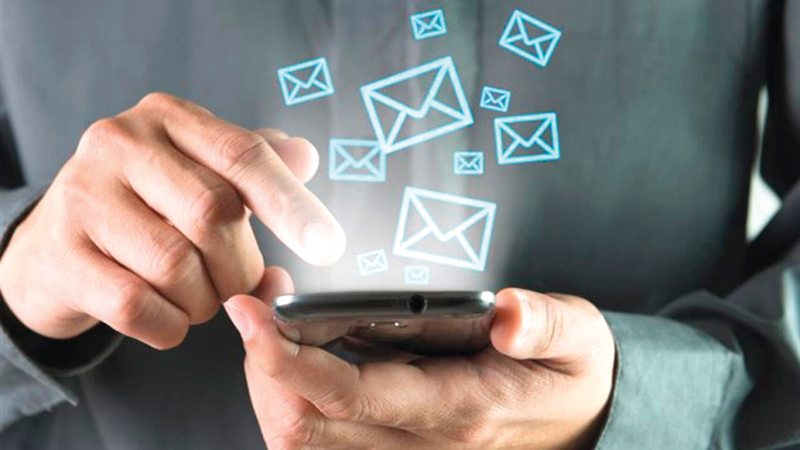 Telemarketing haunts individuals by day and frightens them at dawn

Recently, many people’s complaints escalated about the increase in marketing phone calls, which they described as “annoying and terrifying”, as a large number of citizens and residents expressed in their personal accounts on social media platforms, their strong dissatisfaction with these calls that are chasing them all the time. , especially that some of them confirmed receiving calls from representatives of foreign real estate and financial marketing companies in the middle of the night and dawn, without taking into account the time differences between countries, or the habits of families who are keen to sleep and wake up early.

They indicated that they often deal sharply with these contacts, especially after listening to what the delegate has of a good or service, sometimes as a result of his urgency and his begging at other times, despite their psychological or mental unwillingness to accept any promotion of any good or service even if they are in need. They explained that they usually ask the caller not to repeat the call, but this did not prevent these companies from repeating annoying calls.

Others reported receiving marketing and promotional calls from unknown parties on a continuous basis, via phone numbers from within the country, offering to buy products or try home services. Representatives of these companies insist on the customer in a way that causes him and his family inconvenience at different times.

For his part, the financial planning consultant, Salah Al-Halyan, said on his Twitter account: “Those who call from these representatives must introduce themselves and the company he works for, and ask the recipient if it is a good time to call, why he calls in the first place, and whether The recipient wanted to talk or not, with a pledge to put the customer on the list of those who refuse to contact him, if the recipient requests that, so that he is not re-contacted,” stressing the need for these communications to take into account the time differences, and that the communication be during daylight hours during days. the week.

Al-Halyan added that "these controls are not innovative, but are already applied in American law to promoters of financial services and investment tools, and everyone who promotes, advises or provides those goods or services, with the aim of controlling practices."

For his part, an account in the name of Asaad Al-Assar suggested that a list be issued for people refusing to receive marketing communications, which marketing companies can access from telecommunications companies, provided that these companies are committed to reviewing this list, and verifying it before calling, as well as not calling the rest of the numbers without the approval of the customer In advance, either in writing or orally, and the caller must prove it.

While another account holder confirmed that as a result of the constant inconvenience to him and his family from these calls, he is keen to turn off his phone at night, while relying on the landline as a “night alternative” to the mobile phone.

In turn, the real estate consultant, Mohammed Al-Hefaiti, considered marketing calls via direct contact intrusive into privacy, stressing that the modern and advanced means of marketing have become the link between customers and major companies away from the "disturbing" marketing methods that do not fit with the personality of customers in the modern era.

Al-Hafeiti said that the professional marketer is able to read the impressions and behaviors of his customers, to provide them with what they need without any disturbance and no negative impact on what they market to, and then telemarketing is resorted to by companies that are unfamiliar with the world of modern marketing, and who are ignorant that this method negatively affects Its branding is more than its positive impact.

He stated that the marketing method is an art that is taught, and has many ethics, the most important of which is maintaining the privacy and data of investors, because repeated calls from unknown numbers have become annoying and immoral, and worse still, the semi-recurring phone calls, which often take place at inappropriate times from anonymous callers. identity and are not registered as real estate developers in the official authorities, as it has become an almost daily insomnia for its recipients.

• A request to issue a list of those who refuse to receive promotional communications.

The marketing expert, Dr. Hamid Al-Taei, confirmed that there are three entrances to telemarketing, the first of which is the “recorded call”, where the caller reads a pre-formatted text, so that the recipient cannot interrupt the caller, interfere with him or comment on the text, and the recipient of the recorded call is chosen in a manner randomly in ready-made glossaries, regardless of the needs and desires of these recipients.

He added that the second entry is the "framed appeal", which is similar to the semi-regular interview, where this caller has a set of topics that need to be covered, but the sequence and style of the issues raised are not important.

Al-Taie pointed out that the third entrance is the “detailed call according to the recipient’s size”, which is a modified telephone method for the personal sales presentation method.

Al-Taie said that one of the most prominent defects in telemarketing, whether landline or mobile, is calling at inappropriate times, and in some cases it is annoying, in addition to receiving messages via mobile phone that do not fit the needs and desires of the recipient of the message, such as songs, music, and color photos. He advised companies that adopt this type of telemarketing to identify the target group and take into account the ethical and temporal aspects before contacting the customer.