On an unannounced visit, a high-ranking European delegation is holding talks with the Yemeni government in Aden

An official local source said in the temporary Yemeni capital, Aden, that a delegation of European Union ambassadors arrived in the city and held talks with the legitimate government, in a visit that was not announced in advance. 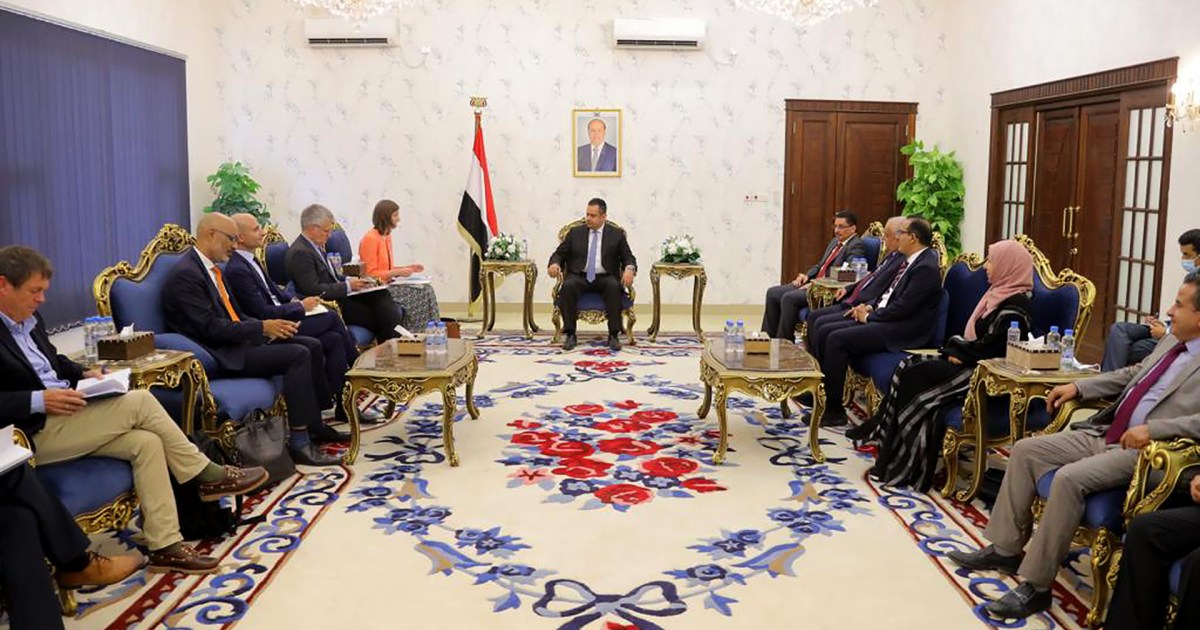 An official local source said in the temporary Yemeni capital, Aden, that a delegation of European Union ambassadors arrived in the city and held talks with the legitimate government, in a visit that was not announced in advance.

The source explained - in a special contact with Al Jazeera - that this visit comes within the framework of the efforts and efforts made by the countries of the Union to stop the war and bring peace to Yemen.

He added that they met with Yemeni Foreign Minister Ahmed Awad bin Mubarak, and welcomed the return of the Yemeni government to Aden.

They expressed their full support for it, and called for the full implementation of the Riyadh Agreement, according to the statement.

During the meeting, bin Mubarak said that the Houthi group "is not interested in peace and political solutions, and continues to reject calls for peace and obstruct efforts to advance the political process."

The Prime Minister receives in the temporary capital, Aden, a delegation and ambassadors of a number of European Union countries https://t.co/6s4nczplcE

In addition to the foreign minister, the European delegation held talks in Aden with Prime Minister Maeen Abdul-Malik, according to the official Yemeni news agency (Saba).

During the meeting, Abdul Malik said that the visit of the European delegation "carries important connotations in providing support to the Yemeni government and people in these complex circumstances."

On November 5, 2019, this agreement was signed between the legitimate government and the UAE-backed Southern Transitional Council, under Saudi sponsorship and support from the United Nations, with the aim of resolving differences between the two parties.

The mission affirmed "the European Union's support for the efforts of the UN envoy to Yemen, Hans Grundberg, to reach a comprehensive political settlement."

It called on all Yemeni parties to engage with the UN envoy immediately.

This is the highest-level European delegation to visit Aden since the formation of the current government in December 2020, and the duration of the visit has not been announced.

For weeks, the prime minister and ministers have been in Aden, most of whom belong to the Southern Transitional Council, while other ministers have refrained from returning before implementing the military part of the Riyadh Agreement.

In implementation of the Riyadh Agreement, a 50-50 government was formed between the governorates of the north and south, but no significant progress was made in the matter of implementing the military part of the agreement, especially the integration of the army and security forces of the government and the Transitional Council under the leadership of the Ministries of Interior and Defense.