New report: Systematic use of violence at Sis homes

In the youth homes run by the Swedish National Board of Institutional Care (Sis), there is extensive use of violence against children. This according to a new report from the organizations Barnrättsbyrån and Childhood. The violence usually takes place in connection with children being isolated, according to the report. 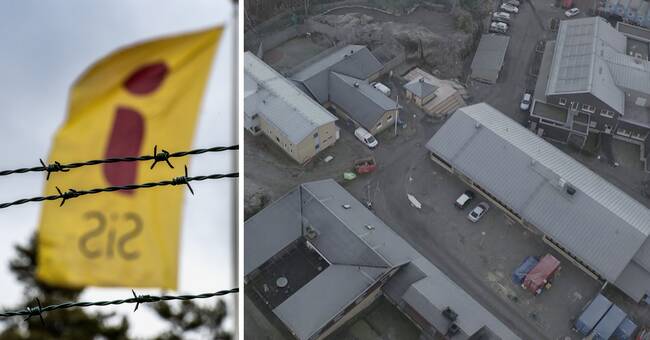 The organizations behind the report have in a study investigated the extent to which children in Sis homes are exposed to violence.

SVT has in several reviews revealed violence and abuse in youth homes - and according to the new report, the violence is "systematic and extensive".

According to the report, it is mainly young girls with functional variations or girls who have experienced trauma.

Occurs in connection with insulation

At Sis' special youth homes, compulsory care is provided by children and young people with serious psychosocial problems as well as by those who have been sentenced to closed youth care.

According to the report, the violence takes place primarily in connection with so-called separations, when a person is placed alone in a room for a short time after, for example, having acted aggressively or been drunk.

When a drunk or violent child is to be separated, the staff at the Sis homes use a self-developed method called No Power No Lose, or NPNL.

The method means that the staff uses specific grips to, for example, carry a child to a separation room or to hold the child against a floor or a wall.

The method is intended to provide staff with tools to make transfers in a safe and secure manner, but according to the report, several of the method's techniques and grips can instead be equated with violence, as the method contains police and pain-inducing grips.

In the report's summary, the organizations write that this type of grip has been used in 80 percent of the separations that have been undergone, despite the fact that it entails great risks of injuries.

The Swedish National Board of Institutional Care believes that the report is important, that it takes the criticism that emerges very seriously and that it welcomes the fact that methods and routines that can be improved are discussed.

“Separations are an emergency measure to be used if young people, or our own employees, risk being seriously injured.

Everyone has the right to feel safe with us ", writes the authority's press service in a comment to SVT.

It is also written: "Sis has the same goals as the children's rights organizations in the sense that we want the best for vulnerable children and young people".

Personnel must be trained in conflict management

The authority points out that extensive efforts are currently being made to, among other things, increase safety and improve care and treatment.

During the next year, the staff will receive training in conflict management and practice, for example, verbal downsizing.

The authority is also investigating whether an internal supervisory function should be established in order to be able to detect shortcomings in the business more quickly.