Mummies are older than we thought.. a new discovery that may rewrite history

The discovery of the mummy of the noble "Khoe" shows that the Egyptians were using sophisticated embalming methods that predate popular belief by a thousand years, according to new evidence that will lead to a revision of history. 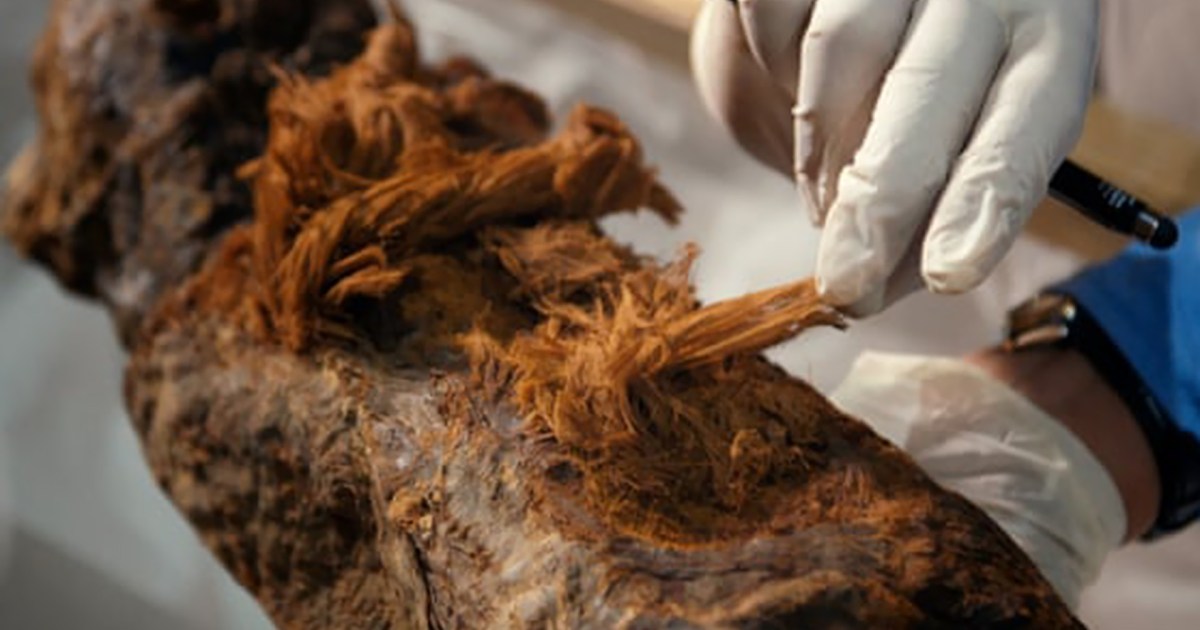 Archaeologists and Egyptologists are still searching for the hidden secrets of mummification, its sciences and rituals among the Pharaohs, and mummification was and still is - according to the belief of many - one of the mysterious secrets that puzzled scientists and made ancient Egypt famous.

The discovery of the mummy of the noble "Khoe" shows that the Egyptians were using advanced embalming methods that predates popular belief by a thousand years, according to new evidence that will lead to a revision of history.

In this report, published by the British newspaper "The Guardian", writer Dalia Aalberg said that in 2019, a mummy in good condition belonging to a high-ranking noble named "Khouy" was discovered, which turned out to be the oldest Egyptian mummies ever discovered.

This mummy dates back to the Old Kingdom, which proves that mummification techniques were very advanced some 4,000 years ago.

It was believed that the intricate embalming process and materials used - which included dressings of extremely fine linen and high-quality resin - were not approved until later in ancient Egyptian history.

In a statement to the newspaper "The Observer", Professor Salima Ikram - Head of the Department of Egyptology at the American University in Cairo and a prominent expert in the history of mummification - said that "if this mummy really dates back to the era of the Old Kingdom, that means that all the books related to mummification The history of the Old Kingdom will need revision."

She added, "This discovery will completely overturn our understanding of the development of mummification techniques. The materials used, their origins and associated trade routes will greatly influence the study of the history of the ancient kingdom in Egypt."

Professor Ikram pointed out that "until now, we thought that mummification in the era of the Old Kingdom was relatively simple, based on the basic process of drying the body, which was not always successful without removing the brain and only removing the internal organs from time to time."

The professor explained that the method of embalming the mummy of the noble Khoy shows "more attention is paid to the external appearance of the deceased than the interior. The use of resin resin was very limited in embalming the mummies of the Old Kingdom. As for this mummy, it was covered with resins and wrapped in tissues, which gives a completely different impression from the process of embalming Mummification. In fact, they are similar to mummies that were embalmed about a thousand years after the time of the Khoi.

The lost treasures of Egypt

The writer stated that this mummy is among the main discoveries that will be addressed in the documentary series, scheduled to be shown on the National Geographic channel, starting from the seventh of November, entitled "The Lost Treasures of Egypt."

This series is produced by "Wonderful Films", where cameras follow international archaeologists during the excavation season in Egypt.

The discovery of the mummification process will be shown in the fourth episode, entitled "The Renaissance of Mummies", on November 28.

The previous season of the documentary shows the discovery of the mummy in a luxurious tomb in the funerary city in Saqqara, while the new season deals with its history and analysis.

The hieroglyphic writing revealed that the mummy belonged to the noble "Khoi", a member of the royal family who lived more than 4,000 years ago.

"They knew that the pottery in the tomb dates back to the Old Kingdom, but Professor Ikram did not think that the mummy they found dates back to that period because it was very well preserved," said Tom Cook, a producer at "Wonderful Films".

He added that they "didn't think the mummification process at the time was that advanced, so her initial reaction was to say that this was definitely not the Old Kingdom. But over the course of the investigation, she started getting convinced."

The writer reported that the ancient embalmers washed the corpses in a bath with high-quality resin extracted from tree sap before they wrapped the corpse.

This mummy was impregnated with high-quality resin and wrapped in thin bandages.

In the documentary, Professor Ikram confirmed that "this is unusual," noting that the only time she saw this type of high-quality linen was in the mummies of the 21st Egyptian dynasty that ruled more than a thousand years after the life of the noble "Khoei".

"What makes this series exceptional is that it follows a whole group of different archaeologists through one season," according to Caroline Payne, the editor in charge of National Geographic.

The documentary series indicates that with each new mummy unearthed by archaeologists, the story of Egypt's mummies becomes clearer.