The General Advocate, Head of the Nationality and Residency Prosecution in Dubai, Counselor Ali Humaid bin Khatam, warned against falling into the trap of misleading information by some companies recruiting and employing support workers, especially with regard to the warranty period or insurance for servants or the supporting worker. 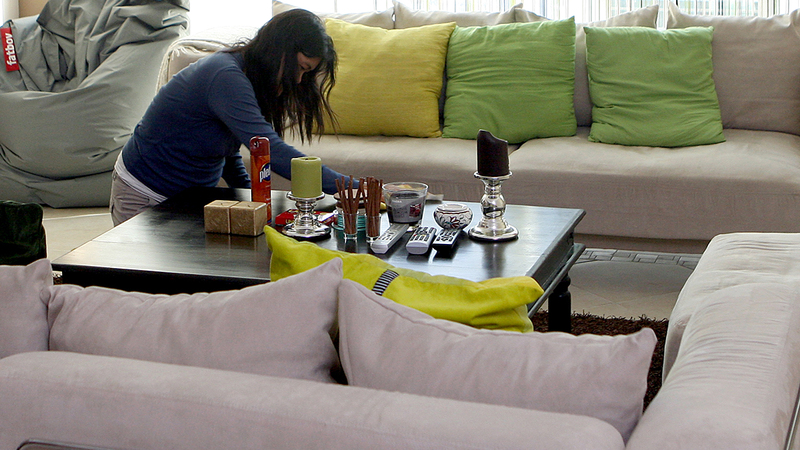 Bin Khatam: The sponsor has the right to recover the rest of the insurance if the worker ran away two years ago

The General Advocate and Head of the Nationality and Residency Prosecution in Dubai, Counselor Ali Humaid bin Khatam, warned against falling into the trap of misleading information by some companies recruiting and employing support workers, especially with regard to the warranty period or insurance for servants or the supporting worker.

Bin Khatam said during a symposium organized by neighborhood councils, in cooperation with the Community Development Authority, yesterday, under the title of “The Rights of the Sponsors and the Sponsored from the Supportive Groups,” that some companies convince the sponsor that the guarantee period is six months, but this contradicts the truth, as the warranty period is two years, and in In the event of the escape of the maid or the supporting worker, the employer has the right to recover the remainder of the contract value, provided that he is not responsible or violating any of the terms of the contract, such as non-compliance with paying the salary, or assaulting in any way against his servant or worker.

He stressed that most of the problems or cases that come to the prosecution occur as a result of the lack of awareness of the law, pointing to the need to keep monthly salary payment receipts, and not respond to the tricks of some recruitment companies that request additional amounts to increase the warranty period specified mainly in the contracting period.

In detail, Counselor Ali bin Khatam said that it is necessary to review Federal Law No. 10 of 2017, and Ministerial Resolution No. 22 of 2019, so that each party realizes its right to this important equation, and understands its duties and responsibilities.

He added that there are three main parties to this relationship, the office, the employer and the worker, pointing out that the main obligations of the office are to educate the worker about the nature of work, and to ensure his mastery of it. In this case, he shall be returned to his country, and the amounts spent on him shall be refunded, and he is also obligated to conduct a medical examination for him, and to ensure that he is familiar with the terms of the contract.

Bin Khatam indicated that some offices shirk their responsibilities, so it is necessary for the employer to be aware of the law, especially in the event the worker ran away during the guarantee period, as the sponsor must report within a period not exceeding 10 days in order to obtain compensation of 10,000 dirhams It shall be deducted from the fine applied to any party that is proven to have employed him without its sponsorship.

Bin Khatam pointed out that, in return, there are obligations on the employer, the most important of which is registering the worker's residence, explaining that there are cases of workers and servants who have passed two years or more without renewing their residency, and this represents a waste of their rights, and exposes them to legal accountability.

The obligations also include paying the salary at the end of each month, and not passing 10 days without paying his dues, pointing out that there is a case of a maid who ran away, because she did not receive her salary for six months.

He added that workers from support groups, whether servants or others, claim in many cases that they do not receive their salaries regularly, so it is necessary for families or employers to keep receipts proving this in order to preserve their legal rights.

The General Advocate and Head of the Nationality and Residency Prosecution in Dubai, Counselor Ali Humaid bin Khatam, stated that failure to comply with the terms of the contract also forfeits the rights of the sponsor as well, such as not employing the worker in the job on which the contract was made, or employing him for another person, with the exception of extended families, Such as hiring a maid, and her work for the sponsor’s mother, for example.

Regarding the obligations of the sponsored, Bin Khatam said that he is not entitled to work for another person after the end of his working hours with his sponsor, and to abide by the requirements and duties of his job, not to damage or break anything in the home, not to stop work, and to abide by the morals and traditions of society.