The 16-year-old was sitting with three friends outside a school in Biskopsgården in Gothenburg on a spring evening in 2020 when two masked people on a bicycle approached. Shortly afterwards, the shots fell. The 16-year-old died and a girl was seriously shot. Today, the verdict fell against one of the suspected shooters. 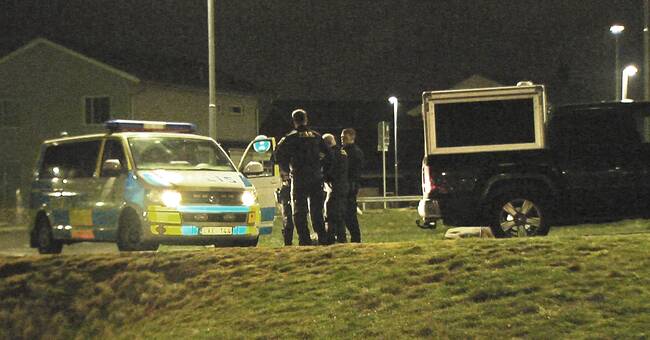 The murder of 11 March 2020 has always been seen as part of the long conflict between different criminal groups in the district.

The 16-year-old himself is said to have had no connection to crime, but two of his relatives have had roles in the northern networks.

The murder of policeman Andreas Danman this summer is also seen as a consequence of the conflict, which has claimed dozens of lives.

Was only fifteen years old

Today, the verdict fell against one of the shooters, a 17-year-old who was then only fifteen years old.

He is acquitted partly for murder, partly for attempted murder of the 16-year-old's friends.

On the other hand, the district court sentences the 17-year-old to four months of closed youth care for a serious gun crime committed in April 2020.

The other shooter has not been identified - where the reconnaissance work continues.

The mountain bike and the electric bicycle used in the murder were found much later in a basement storage room.

The murder weapons, a revolver and an automatic rifle were also found.

In September 2020, the teenager who has now been released was arrested.

He is considered to belong to the group called Södra Yngre, a group that is in conflict with Nya Norra.

Several have been suspected

Several other people have been notified during the investigation of suspicion of complicity in the crime, but most were later released.

However, a 19-year-old was charged with aiding and abetting murder or grossly protecting a criminal - he is suspected of being the one who obtained and later hid the bicycles.

He too was acquitted today, but sentenced to a suspended sentence and a fine for threatening an official committed in September 2020.

The shootings against the 16-year-old and his friends meant an intensification of the conflict that already existed, and was followed by several high-profile shootings - most recently the murder of police officer Andreas Danman.