Foreigners gathered after seeing the ticket "Squid game, similar to our lives"

Amid the global success of the Netflix drama 'Squid Game', in the middle of New York, Washington DC, many people are enjoying the game in the drama. 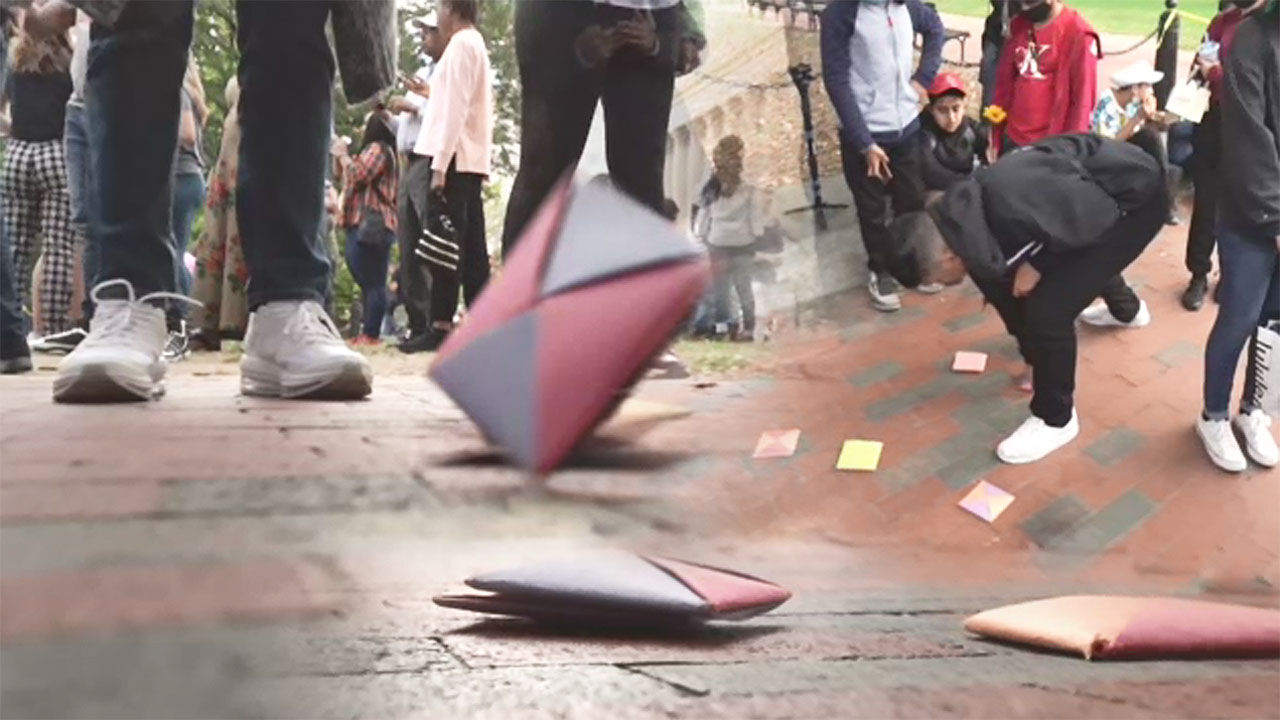 the global hit of the Netflix drama 'Squid Game', in the middle of New York, Washington DC, many people are enjoying the game in the drama.

Correspondent Kim Soo-hyung from Washington, DC, reported on the meaning of the successive success of Korean content following the movie Parasite and Buttercup.

I started to slap in the back where I could see the White House.

People gathered, and they said they saw the squid game, and both of you said that they would try it too.

[Ian: It feels great when the actors speak Korean and watch it with English subtitles. Something is different.]

[Busayo: (Why is the squid game so popular in the US?) This is not a simple game, but a psychological game. It's about how people control you. In the scene where he died, the words 'No' came out.] Some

people deeply sympathized with the economic inequality depicted in the drama.

[Dina: It was very similar to the way we live. Although we are standing in the White House, to be honest, there are 10 cities where the homeless live just two miles or two blocks away.] It

is analyzed that the extended time at home due to the corona pandemic was also an opportunity.

[Ingoo Kang/Washington Post TV Critic: I've heard so many of my friends say they've seen everything on Netflix.

I think people have decided to watch foreign language movies due to the corona pandemic (watching a lot of movies).]

There are concerns that it could become a content subcontracting base for huge foreign capital, but the success of Korean content has made Americans more familiar with it. There is also a forecast that the market has expanded as the price has risen.

[Transfer after / American for Business Administration Professor: If K dramas and these things will succeed in continuing that us this report would be so much larger, the size of the exported content can surge bargaining power you have, I can report]

of squid games Popularity goes beyond the success of the drama itself, and serves as an opportunity for Korean culture to penetrate deeply into American mainstream culture.