Brazilian President Jair Bolsonaro risks prosecution for "intentional" crimes in connection with the handling of the corona pandemic. More than 600,000 people have died with covid-19 in the country. 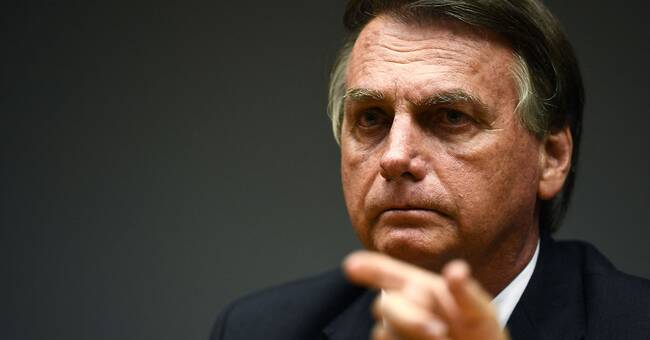 The reason is his handling of the corona pandemic, which according to the report, written by Senator Renan Calheiros, has led to Brazil's death toll being the second highest in the world in actual numbers.

The inquiry group does not have the power to prosecute, but the content could have serious political consequences as the report will be sent to several judicial bodies.

Voting in the Senate

According to analysts, it is unclear whether the recommendations will lead to the president being formally charged, as Bolsonaro has enough support in Congress to avoid a trial.

On Tuesday, senators will vote on whether the inquiry should be approved or not.

If it is approved, it will be handed over to the public prosecutor Augusto Aras, who can then make a decision to bring Jair Bolsonaro to justice, reports AP.

The public prosecutor must, among other things, decide whether there is sufficient evidence to bring charges.

If there is no prosecution, the Supreme Court may initiate an investigation, but for it to become a reality, two thirds of the lower house must vote in favor of the decision.

Bolsonaro: The investigation is political

According to the report, the president should be prosecuted on several counts, including quackery and incitement to crime.

The points murder and genocide were also included in a draft, but have been removed after several members of the Senate panel opposed them.

Bolsonaro does not believe that he has acted wrongly, and claims that the investigation is politically motivated with the aim of sabotaging him.

The president's critics accuse him of downplaying the seriousness of the corona pandemic.

Among other things, he has not agreed to international guidelines on mouth protection and restrictions to slow down the spread of the virus.

Instead, he has carried out treatments without scientific support and delayed the purchase of vaccines.