After he said that the Houthis are defending themselves.. Minister Qardahi clarifies his position and Mikati rejects his statements

The Lebanese Minister of Information said that he did not intend to offend Saudi Arabia or the UAE, after his statement to the “Parliament of the People” program that “the Houthis are defending themselves against external aggression,” and the Lebanese Prime Minister rejected the minister’s statement. 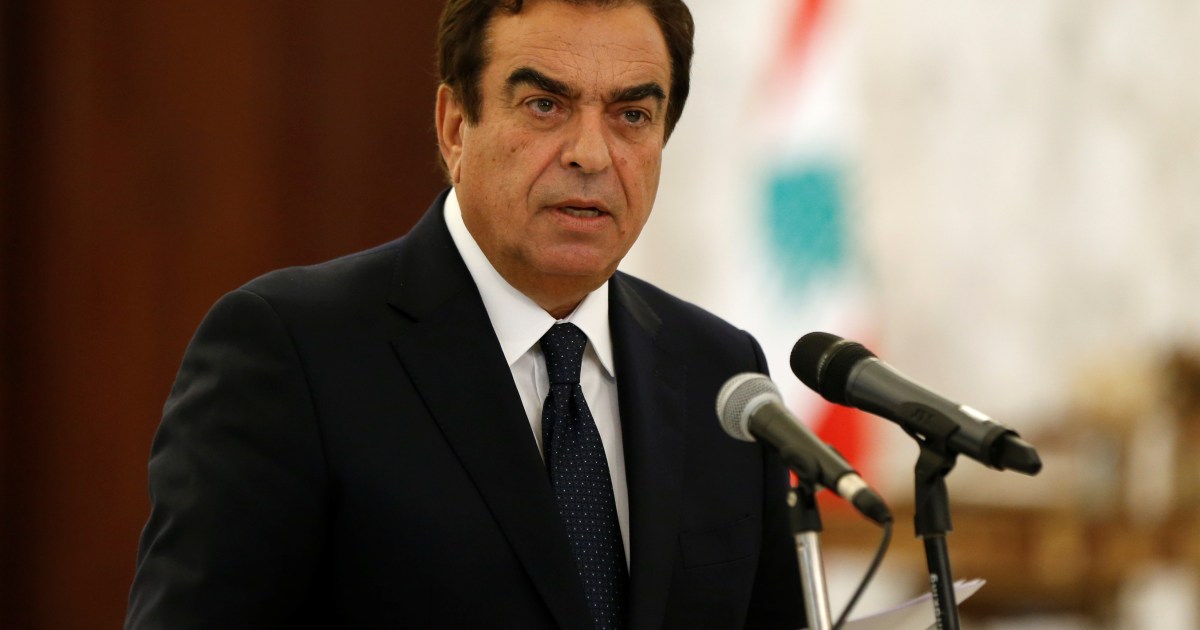 The Lebanese Minister of Information, George Kordahi, said that he did not intend to offend Saudi Arabia or the UAE, following a statement on the "Parliament of the People" program presented by Kuwaiti journalist Shuaib Rashid, in which Kordahi said that "the Houthis are defending themselves in the face of external aggression carried out by Saudi Arabia and the UAE."

Lebanese Prime Minister Najib Mikati rejected Qardahi's statements, saying that they were issued before he took office, and do not reflect the position of the Lebanese government.

And Qardahi explained - yesterday, Tuesday, in a series of tweets via his Twitter account - that his statement about the Yemen war came as part of an interview on the "Youth Parliament" program conducted on August 5 last, a month before his appointment as a minister in Mikati's government.

And the Lebanese Minister of Information continued, "I did not mean, in any way, to offend the Kingdom of Saudi Arabia or the Emirates, whose leadership and people I have all the love and loyalty to."

Since this morning, some Lebanese and Arab media, and some websites have been circulating an excerpt from an interview I conducted with Al-Jazeera Online, on the "#Youth_Parliament" program, in which I spoke about the #Yemen_War,

The Lebanese minister added, "What I said that the war in Yemen has become an absurd war that must stop, I said it with conviction, not in defense of Yemen, but also out of love for Saudi Arabia and the UAE and disregard for their interests."

In the program produced by "Al-Jazeera O2" and broadcast digitally, Qardahi said that "the Houthis defend themselves and do not attack anyone," and that "there is no room for comparison between the effort of the Lebanese Hezbollah to liberate Lebanese land, and the Houthis' defense of themselves in the face of an external aggression that is being waged by the Houthis." to Saudi Arabia and the Emirates.

As soon as the interview with Qardahi spread, Lebanese media said that a new diplomatic crisis was looming between Lebanon and Saudi Arabia.

MTV quoted unnamed Saudi sources as saying, "We are facing a severe diplomatic crisis because of Qardahi's statements."

There was no comment from the Saudi ambassador to Beirut, Walid Bukhari, who, through his Twitter account, contented himself with re-publishing news about a new diplomatic crisis with Lebanon.

The media office of the Lebanese Prime Minister issued a statement in which he said that Mikati "declare Lebanon's adherence to the brotherly ties with the brotherly Arab countries, which are clearly defined in the government's ministerial statement, and whose name is spoken and expresses its policy and constants, the prime minister and the government as a whole."

In his statement, Mikati added that the statements being circulated by Minister of Information Qardahi "are part of an interview conducted with him several weeks before he assumed his ministerial position."

The Prime Minister stressed that these statements are "rejected and do not express the government's position at all, especially with regard to the Yemeni issue and Lebanon's relations with its Arab brothers, specifically the brothers in the Kingdom of Saudi Arabia and the rest of the Gulf Cooperation Council."

We are keen on the best relations with the Kingdom of Saudi Arabia and all the countries of the Gulf Cooperation Council, and we refuse to be exposed to them, and we affirm our adherence to their stability, safety and societal security because of the Arab legitimacy they represent.

We stress the bonds of brotherhood that we seek to preserve and consolidate.

Mikati said that he and his government "are keen to weave the best relations with the Kingdom of Saudi Arabia, and condemn any interference in its internal affairs from any party or party."

It is noteworthy that the Saudi-led coalition has been carrying out military operations in Yemen since March 2015 in support of the legitimate forces, in the face of the Houthis who have controlled governorates, including the capital, Sanaa, since September 2014, after they seized power by force.