Zubizarreta, the educated man, with a stable marriage, three children and a grandson who has no enemies

The last professional years of an elite athlete usually convey a bittersweet feeling of decline, because what for many years had been excellence, ... 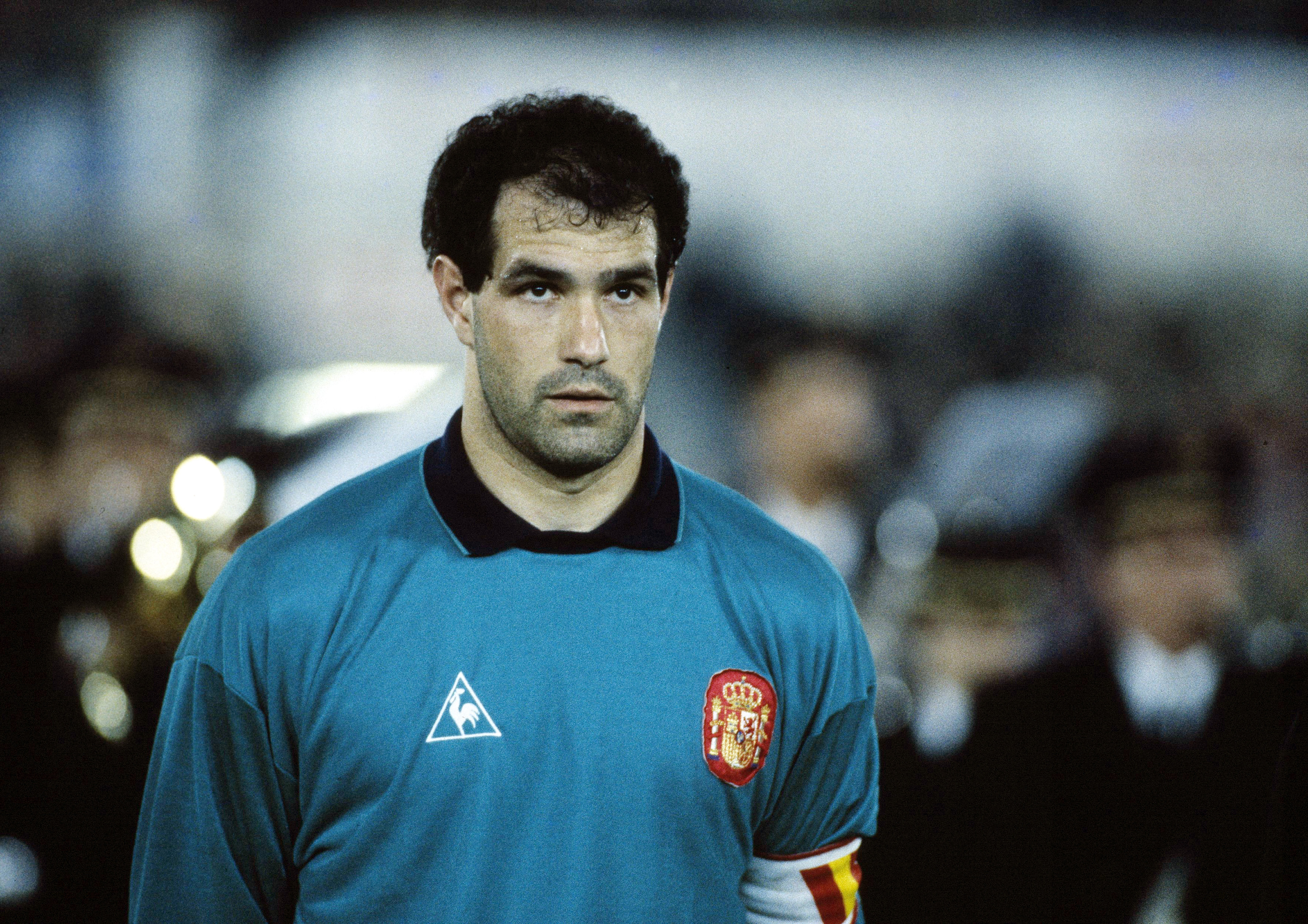 The last professional years of an

usually convey a bittersweet sensation of

, since what for many years had been excellence, ends up being translated into imperfection.

who in his glorious years had the honor of being considered

the best Spanish soccer goalkeeper of

all time until Casillas arrived - heir to Iríbar and Arconada in Athletic and in the national team, great symbols of that uncertain idea, But for many years dogmatic, who argued that the best goalkeepers could only be Basques, ended his career in football in

with the elimination of Spain in the first phase of

because of that defeat against Nigeria, in which

he scored an involuntary goal

by cutting a cross badly.

Zubizarreta is aware that this play reappears in his life constantly, like a ghost - in football there is also a hauntological dimension, if you allow us to borrow the term from the thinker Mark Fisher, and that it would be very good for someone to study - but also he has argued that

his career cannot be measured by that mistake

right down the road. And it is that, saving the other really gloomy moment of his career as a goalkeeper -the four peas that AC Milan gave him in the final of the 1994 European Cup-, Zubizarreta

was a regular and outstanding professional

since he made his debut in the first division. with Athletic in 1981 and until he retired at the end of the World Cup, after having spent

eight seasons at Barça and four at Valencia.

In fact, what is remembered the most about Zubi is

how good people he is.

He responds to a profile of a classic footballer,

from the old school

-the archetype longed for by those who hate modern football and its grotesque parade of plucked eyebrows, tribal tattoos and little humanistic training-, of those who put a newspaper into the locker room before a package Celtas, an

on and off the field, one of those who

along the way because he always

did his job with Stakhanovist efficiency and amassed a

Since he was little he was already good at being a soccer goalkeeper, and given his conditions - he was a gigantic adolescent who reached

- he quickly specialized in stopping goals, but in the meantime he took the opportunity to

. Zubi belongs to that line of footballers who, contrary to what the cliché suggests, know how to spin sentences, articulate speeches and shake neurons. Nor is it like

, who wrote a doctoral thesis on César González-Ruano, or like

, who is said to sometimes drop by the house of the poet Luis Alberto de Cuenca to make a bibliophile incursion, but if you ask him about his tastes, he will show

- he has read Heinrich Böll, which practically no one does anymore - and in

Now it may seem impossible, but there was a time when footballers were closer to Brahms than Andy & Lucas.

The former goalkeeper, in an image from 1991.GTRES

When Zubizarreta hung up his gloves, his professional career remained close to football, and it has been until practically today. In 2001 he began to

and 10 years later he held

the same position at Barcelona,

commissioned by then-president Sandro Rosell. Given his ease and proximity to communication, he was also in charge of

, and even today he continues to work as a

on television broadcasts. At present, his professional interests have derived more towards private initiative and

although without ever forgetting sports: in 2015 he began to collaborate with

-father of Pau and Marc Gasol- in Triada de Escuelas Deportivas Internacional, a company, now dissolved, that sought to

among young people. Zubizarreta left his post because he received an offer to be

from 2016, an extensive stage that ended in May 2020 without having achieved sporting success for the club.

Now that you are

may already be thinking about a short-term retirement: you have been active for many years, you have earned your salary with dignity, your family is already formed,

your first grandson came to you recently,

and you are looking at each other for several years. good ones where you might want to indulge in those simple pleasures - Basque cuisine, a 19th century symphony, a John Ford movie - that make the days go by with sweetness and placidness. In the same way that his sports and professional careers have developed regularly,

surround Zubizarreta's personal life: he has been

married to the landscaper Anne Miren since 1986

He has two sons, Markel and Luken, and a daughter, Jone.

Markel, the oldest, currently works at Barça as a

and has renewed his contract until 2024.