The singer Ana Isabel Iglesias Ferrer, better known as Hanna, 37, has indicated that she is not being wanted by the Police and has denied that she had attacked anyone on ... 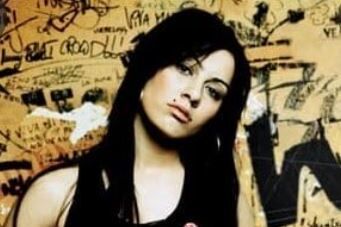 The singer Ana Isabel Iglesias Ferrer, better known as Hanna, 37, has indicated that she is not being wanted by the Police and has denied that she had attacked anyone last Friday night in a cafeteria on Doctor Michavila street in Coslada in Madrid. In telephone statements to the program

the soloist assured that

this news "has come out to try to stain her image."

, since a new album is going to be released next month.

The fact is that Hanna's partner was accused by witnesses of beating two 59-year-olds.

The National Police assures that it has initiated an investigation of the case and that it has summoned the singer and her partner to testify.

and her companion had an incident with two men inside the cafeteria.

According to the statements of the witnesses, Hanna and her partner began to argue at the establishment.

Therefore, two friends and clients of the premises mediated to appease the spirits of the singer and her supposed boyfriend.

Then Hanna's partner, a very burly tall man, hit one of the customers on the head on the door, falling to the ground.

and that she encouraged him to continue beating the man who approached them.

The aggressor and the singer hurriedly left the premises, but

the friend of the victim continued to reprimand them for what they had done.

Almost upon reaching a nearby NH Villa de Coslada hotel, the artist's partner punched this second man, who fell to the ground hitting his head against the curb.

Coslada Local Police officers arrived minutes later at the scene and treated the second victim, Félix, 59, who was bleeding from the head and had sensation problems in his legs, for which he was

transferred to the Hospital de La Princesa in Madrid. with serious prognosis.

The other attacked, Manuel, of the same age, who lost consciousness after the attack, was evacuated to the Hospital de Coslada, where he left on Saturday after receiving 10 points to the head.

Local agents tried to locate the alleged assailant and his girlfriend in the vicinity of the place and his house in Coslada without success.

As these are major injuries,

the investigation has fallen into the hands of the National Police,

a spokeswoman for the Higher Headquarters of Madrid has confirmed to Europa Press.

The singer did not want to talk today about what happened to her partner due to the indications of her lawyer. If she has underlined in

that she and her companion were not arguing. "There was an altercation in which I did not participate in anything, but since I am a public woman they have put me in. I am not being wanted by the Police and I have not done anything," he said.

"Those two people were drunk, they came out very aggressive and began to whistle at me like I was a dog yelling at me:

Come here, come here. Then they start to miss me and tell me: 'You're a shit' and that's when the discussion with my companion begins. One of those men pushes me and insults me and I try to go. And the other begins to follow us 50 meters and there comes a time when my companion stays and I go home, "he added without specifying anything about the assault allegedly committed by his partner.

and I have received thousands of messages of support. I am only focused on my music and what has happened is because of some people who have been looking for me for a long time, "said the singer who sang in 2007 the

official song of the Vuelta Ciclista a España .

has summoned the two wounded to declare for Wednesday

, although one of them, Felix, is still in discomfort and returned to the hospital yesterday.

EventsA cook arrested in Parla for manipulating ATMs with a harpoon to steal up to 5,600 euros