The authors who visited the literature festival Bok och hav received an exclusive farewell gift from Karlskrona and the cultural director Max Dager. In total, he gave away 54 Karlskrona lamps - paid for by the taxpayers. This despite the fact that it was not even the municipality that organized the festival. 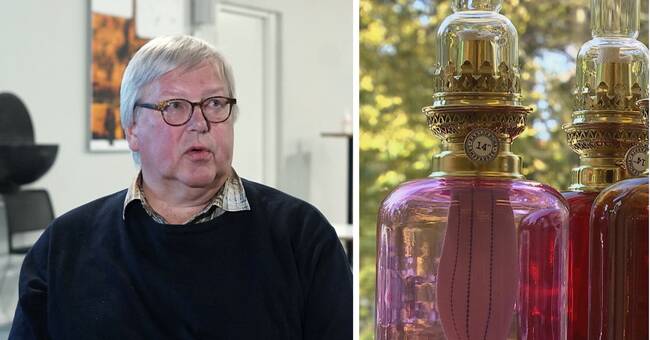 SVT Nyheter Blekinge's review shows that Max Dager has repeatedly violated the municipality's internal guidelines for gifts and entertainment over the years.

According to the regulations, representatives of the municipality must be restrictive with gifts and the guidelines state that examples of such gifts can be "flowers, fruit basket, chocolate box or similar."

But in connection with the Book and Sea Festival, the cultural director Max Dager chose to go further than that - he bought a total of 54 Karlskrona lamps at a quantity discount, but still in violation of the municipality's gift policy.

- The purpose was to give the authors and journalists who were here a gift so that they would then tell well about Karlskrona, says Max Dager.

Certified the excursion myself

Among other things, Dager has certified restaurant invoices - despite the fact that he himself was a guest.

During the Book and Sea Festival, he also attended an archipelago excursion with one of Affärsverken's boats and then independently approved the cost of the transport.

- It is possible that I did not take into account the rules then, says Max Dager.

According to municipal director Carl-Martin Lanér, the municipality has in recent years taken a number of measures to strengthen internal control.

- The rules do not exist for fun and there should be no shortcomings.