Playing to death.. Movies and series we advise you to watch as soon as you finish “The Squid Game”

As soon as the series “The Squid Game” was shown on the Netflix platform, it turned into a phenomenon that aroused the interest of all age groups and different nationalities, becoming the first Korean drama in the history of the platform, which occupies the highest-watched rank. 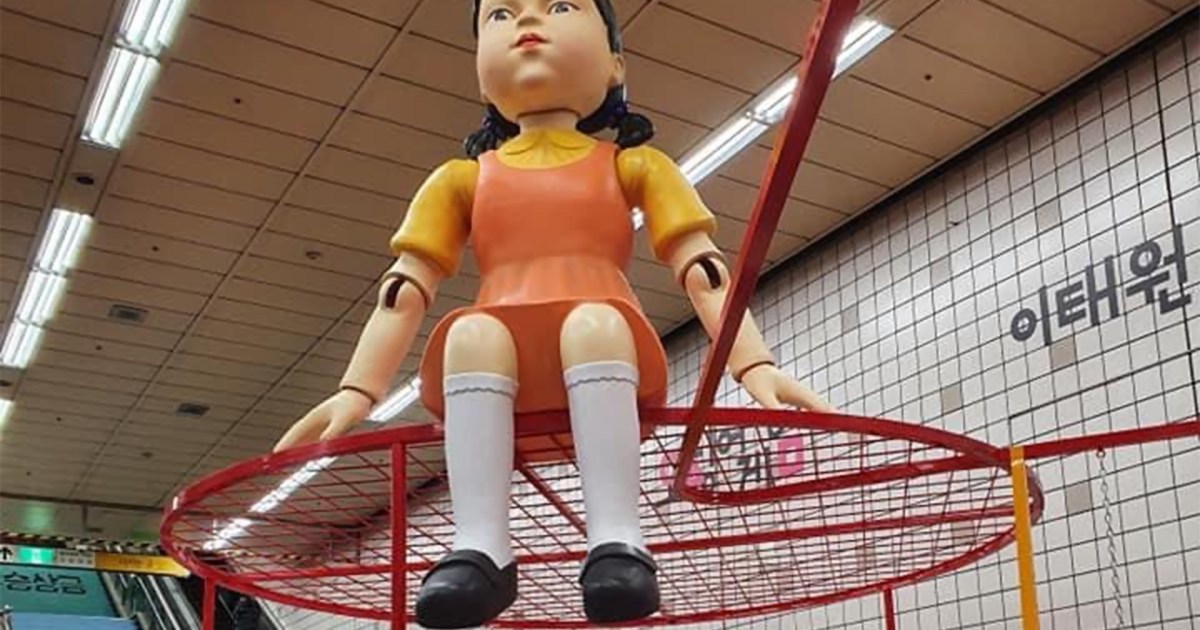 As soon as the series "Squid Game" was shown on the Netflix platform, it turned into a phenomenon that aroused the interest of all age groups and different nationalities, becoming the first Korean drama in the history of the platform, which ranked highest for several weeks in many countries. The world, including England and America, prompted the nerds to demand the speedy production of a second season.

If you are those who loved the series or liked its plot based on the idea of ​​deadly games and psychological excitement, and you are looking for something to fill the void left by the work, especially since the number of its episodes did not exceed nine, here are some similar series and movies that you will soon like.

The Godfather's Utopia the Brazilian way

Its events take place in an atmosphere similar to Ahmed Khaled Tawfiq's utopia, where the world has been divided in two, the first is advanced and its residents live a life of luxury and comfort on a secluded island, while the second is overcome by suffering, misery and the destitution of the city.

However, 3% of the population in the second half could qualify and move to the island of dreams, if they solve a series of challenging puzzles and successfully face escape rooms designed to test their ability to travel to the perfect half of the world.

As for the most important feature of the series, it spanned over 4 seasons, which allowed its creators to develop characters and puzzles and make the narration progressive, leading to more suspense.

“Alice in Borderland” is another series released on Netflix in 2020, and only one season has been shown so far, and it is a short Japanese work that combines fantasy, science fiction and mystery.

The action revolves around a young man obsessed with video games and suffering from unemployment and boredom, who suddenly finds himself and his two friends have moved to a strange and barren version of Tokyo, and they must compete and play according to special instructions whether they want to or not, to survive, with games that are mostly characterized by danger. Surrealism and a lot of sadism, and the worst is the violent and deadly consequences, will they survive?

Duel to the end

If you are a fan of animation, we advise you to watch the anime "Darwin's Game", which has so far released one season that was shown last year.

The work belongs to the category of Japanese manga series, and it tells about a seventeen-year-old man who accepts an invitation from one of his friends over the Internet to participate in a new mobile game called “Darwin’s Game” and try it out.

Unexpectedly, it turns out that a game is unlike any other, as the fighting in it is very real, while life and death are as close to reality as possible, which happens in conjunction with the competitors' attempts to trap and defeat him to win the battle.

The most terrifying, is that there is no way out of this mysterious game, and when the hero discovers that only the most skilled can cancel the game and survive, he decides to do it himself, and then find the creators of the game and take revenge on them, will he succeed in his quest or overcome him rivals?

As for those who prefer movies, you can choose between two works, the

: the movie "Escape Room", a psychological horror movie released in 2019, starring 6 strangers, each of whom is surprised by a puzzle box sent to him with a puzzle and an invitation to whoever solves it, To escape through a very daring and crazy experience through an escape room with the promise of a prize of $10,000 to whoever survives to the end.

Once they reach their destination, they realize that the game has already begun and there is no turning back, and they must either solve a series of difficult puzzles and overcome the many intrigues in those deadly rooms, or surrender to the inevitable fate.

It is noteworthy that the film achieved great success at the time of its release, out of a budget of 9 million dollars, and profits of 155 million dollars, which encouraged its makers to present a second part this year, entitled "Escape Room: Tournament of Champion".

a Thai action that combined horror and excitement, and bore the name “13 Beloved” or (13: Game of Death), its hero is a broken and unemployed young man, who lives a difficult life that is turned upside down when he receives a call with an offer that cannot be He refused.

He is offered to enter a game with simple challenges, such as killing a fly and then eating it, and with each challenge he overcomes, he receives a material reward, up to a final prize of nearly 3 million dollars, so the hero decides to participate, and with every gain he achieves, the challenges become more dangerous and brutal. .

Here he finds himself a prisoner of confusion, either he stops what he is doing and returns to square zero empty-handed without any money, but is loaded with a lot of humiliating and illegal acts he committed while playing, or he continues in the hope of becoming a millionaire, which means committing more sins and evils which is ominous.

It is worth noting that the work released an American version in 2012 entitled "13 Sins", although it did not achieve the same success.