After two and a half years of proceedings, German justice delivered its verdict on Monday against a former member of the Islamic State group, Jennifer Wenisch, accused of having let a Yazidi girl die ... 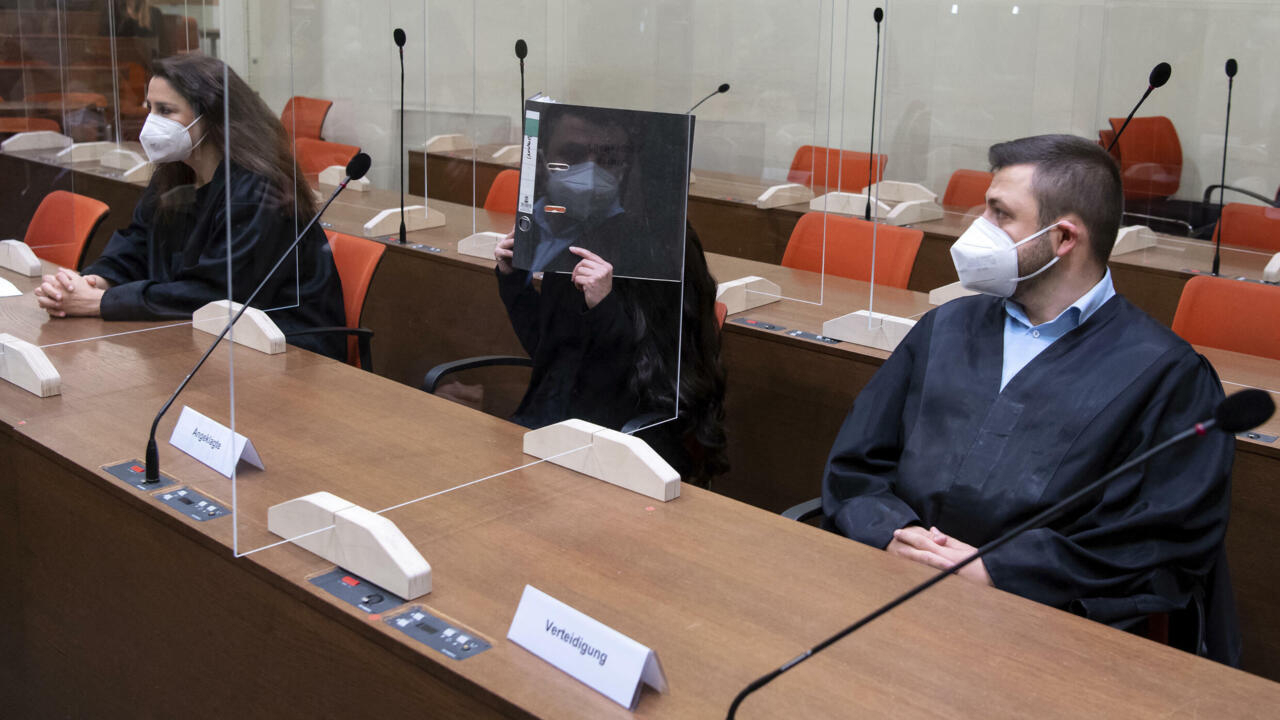 Jennifer Wenisch is hiding behind a filing cabinet on October 25, 2021 in the Munich court.

After two and a half years of proceedings, German justice delivered its verdict on Monday against a former member of the Islamic State group, Jennifer Wenisch, accused of having allowed a Yazidi girl to die in slavery.

It is one of the first trials in the world to prosecute a war crime against the Yazidis.

In 2015, Jennifer Wenisch was in Iraq, a member of the Islamic State group's morality police.

With her husband, she buys a mother and her daughter from the

These prisoners then become slaves of the couple, mistreated for long weeks.

But one day, the 5-year-old girl urinates on a mattress.

Her punishment: to be tied to a window outside the house.

It is there, under more than 50 ° C that the little girl will die of thirst.

In this trial, which began in 2019, Jennifer Wenisch is accused of having let her companion do it.

At the helm, the 30-year-old says she was afraid of her husband, afraid for her own safety.

They will make me an example for everything that happened under the Islamic State group,

Monday, October 25, justice sentenced her to ten years in prison for "murder" and "war crime".

Her then-husband is also on trial in another Frankfurt trial.

These are not the first cases of their kind for German courts: already in October 2020, a German-Tunisian woman was sentenced to three and a half years in prison, again for having enslaved a young Yazidi in Syria.

See also: Germany: an IS jihadist tried for genocide against the Yazidis