Saudi Arabia's tax breaks with the UAE and other Gulf Cooperation Council (GCC) countries have long been part of efforts to attract investors, but the kingdom appears to be changing its strategy. 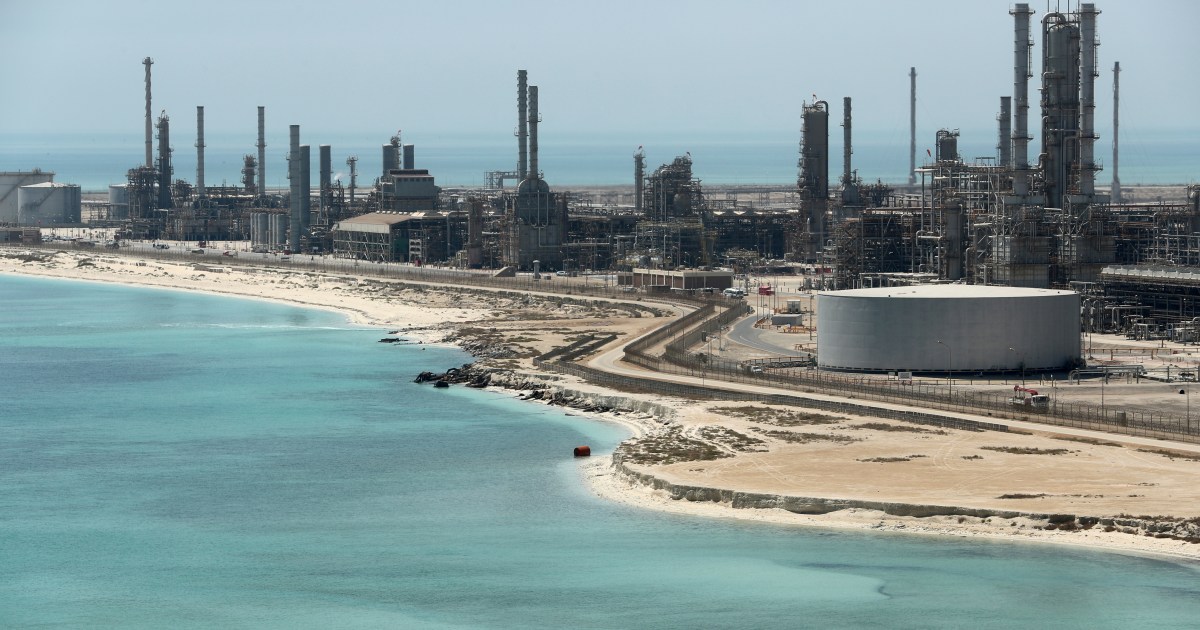 Saudi Arabia's tax breaks with the United Arab Emirates and other Gulf Cooperation Council (GCC) countries have long been part of efforts to attract investors, but the kingdom appears to be changing its strategy.

In a report published by the Financial Times, writers Andrew England and Simeon Kerr say that Saudi Arabia's amendment of its rules on imports from neighboring Gulf countries surprised Emirati companies, and officials were quick to contact customers in the Kingdom to ask whether they would accept the cost increase due to the new tariffs, ranging between between 5% and 15% on products that for years have been exempt from customs duties.

It is reported that cross-border trade was disrupted for a week in July before corporate clients in Saudi Arabia agreed to take on the new costs and move forward, but what happened was a warning that the friendly relations between the UAE and Saudi Arabia - the main market for many Gulf companies - She started to shake.

The smaller and more resilient UAE has benefited for decades from its proximity to the kingdom, and the liberal style it affords foreign executives, as the Gulf's premier trade and finance hub. Many Saudi bankers, consultants, lawyers and manufacturers - the largest economy in the Middle East and the largest consumer market in the Gulf - sent their businesses in the UAE, traveling back and forth to the kingdom's more conservative policies when needed.

But Saudi Crown Prince Mohammed bin Salman, the de facto ruler of Saudi Arabia, with his ambitious plans to modernize his country, develop new industries and create jobs for young people in the kingdom, is sending a message that business transactions with Riyadh will not be as usual;

The Saudi Crown Prince made it clear that if companies wish to do business in his country - which represents the main engine of economic activity in the region - they must transfer their activities to the Kingdom and employ Saudis, which reinforces bin Salman's aspirations to transform the previously dormant Saudi Arabia into The dominant economic center in the region.

Bin Salman and his aides are betting that even if the kingdom lacks many of the features that provide comfort to businessmen residing in Dubai, from the independent regulator that oversees the Dubai International Financial Center to the quality of schools and the collection of bars and restaurants, the size of its economy remains an important factor as well. .

This 'awakening' reverberates across the Emirates and the boards of directors of local and multinational companies based in the country.

In his usual austere manner, Prince Mohammed at the beginning of the year issued an ultimatum to foreign companies to move their regional headquarters to Riyadh by 2024, or forget about the lucrative government contracts that are the big prize for many.

In a later step, Riyadh changed its regulations governing the entry of imports from the Gulf Cooperation Council states: the UAE, Kuwait, Qatar, Oman, and Bahrain.

These changes included rolling back concessions granted to GCC states on goods manufactured in duty-free zones, including companies majority owned by a Saudi national, or companies where Gulf employees make up less than 25% of the workforce.

In addition, Riyadh suspended flights to the UAE and other countries due to concerns about the Corona virus, but the Emiratis interpreted this as another implicit message.

The UAE ban was lifted two days after a phone conversation between Prince Mohammed and Sheikh Mohammed bin Zayed Al Nahyan, the de facto ruler of the UAE, last September.

Executives in Dubai and Abu Dhabi say Emirati officials and businessmen have been taken aback by these decisions.

"The shock at the beginning was great," says one senior adviser. "[Officials] asked many clients to produce goods in Saudi Arabia and hire Saudis or they would be taxed or banned for their goods."

International companies have been struggling to see if they will respond to Prince Mohammed's request to move their regional headquarters to Riyadh and revamp the comfortable lifestyle of executives in Dubai.

Pressure has grown on companies to sign licenses to formalize their plans before the launch of the fifth session of the "Futures of Investment Conference", although the regulatory framework for this procedure is still unclear.

Among them are PepsiCo, Schlumberger oil services group, engineering and construction group Bechtel and consultancy PricewaterhouseCoopers, but some companies complain that they are forced to move their business to Saudi Arabia, considering this as another example of Prince Mohammed's tendency to follow the strategy of intimidation. and enticement.

The two old allies have a history of strained relations. In 2009, the UAE nullified the central bank's plans to mint a common currency for the Gulf Cooperation Council countries when it withdrew from the initiative because the institution would have been based in Riyadh, not Abu Dhabi.

Relations between the two countries flourished after Sheikh Mohammed bin Zayed, the crown prince of Abu Dhabi, assumed the role of a supportive ally of Prince Mohammed bin Salman, who was soon appointed crown prince.

Analysts note that the relationship cooled back after the murder of Jamal Khashoggi in 2018, as UAE leaders worried about the widespread international condemnation of Prince Mohammed bin Salman over Riyadh's alleged role in the killing.

The UAE destabilized Riyadh by withdrawing its forces from Yemen in 2019, as Saudi Arabia led an Arab coalition against the Iran-aligned Houthi rebels.

Many observers see that both the Saudi and Emirati crown princes are in agreement on basic issues such as the threat from Iran and Islamist movements, but it was clear that Prince Mohammed does not want the kingdom to be a junior partner in the relationship with Abu Dhabi.

Officials in Riyadh insist that they are not targeting the UAE, only trying to achieve private goals.

Whether this was intended or not, the UAE is in the kingdom’s crosshairs. In July, the first month after Saudi Arabia imposed new customs tariffs, the volume of Saudi imports from the UAE fell by about a third, and the volume of trade exchanges between the two countries in 2019 reached 24 billion. With a surplus of $2.8 billion in the Saudi trade balance, according to its official statistics.

UAE data indicate that the total value of trade exchanges, including re-exports, amounted to 30 billion dollars in that year, with a surplus in the UAE trade balance of about 17 billion dollars.

Saudi Arabia's economic power, which is the world's largest oil exporter, has been boosted by a spree of spending on giant projects designed to modernize the kingdom, and the Public Investment Fund, a $450 billion sovereign wealth fund, has pledged to invest at least $40 billion annually in the economy until 2030.

However, some analysts question the Kingdom's plan to finance its multiple mega projects, and whether its financial strength alone is sufficient to attract new companies to the country.

This number rose to $5.5 billion last year, and officials say that more than 400 licenses were issued to foreign investors in the first quarter of 2021, but this figure represents only a quarter of the foreign direct investment that the UAE received, and well below the $100 billion target that Vision 2030 aspires.

Analysts explain investor reluctance with concerns about the regulatory environment and weak growth recorded in recent years. to the state to secure their freedom.