Coup in Sudan: the beginning of an "Egyptian" scenario?

The confiscation, by the military, of the transition carried out jointly with civilians since the fall of the autocrat Omar El-Bashir in Sudan, recalls what happened in Egypt in 2013, pays… 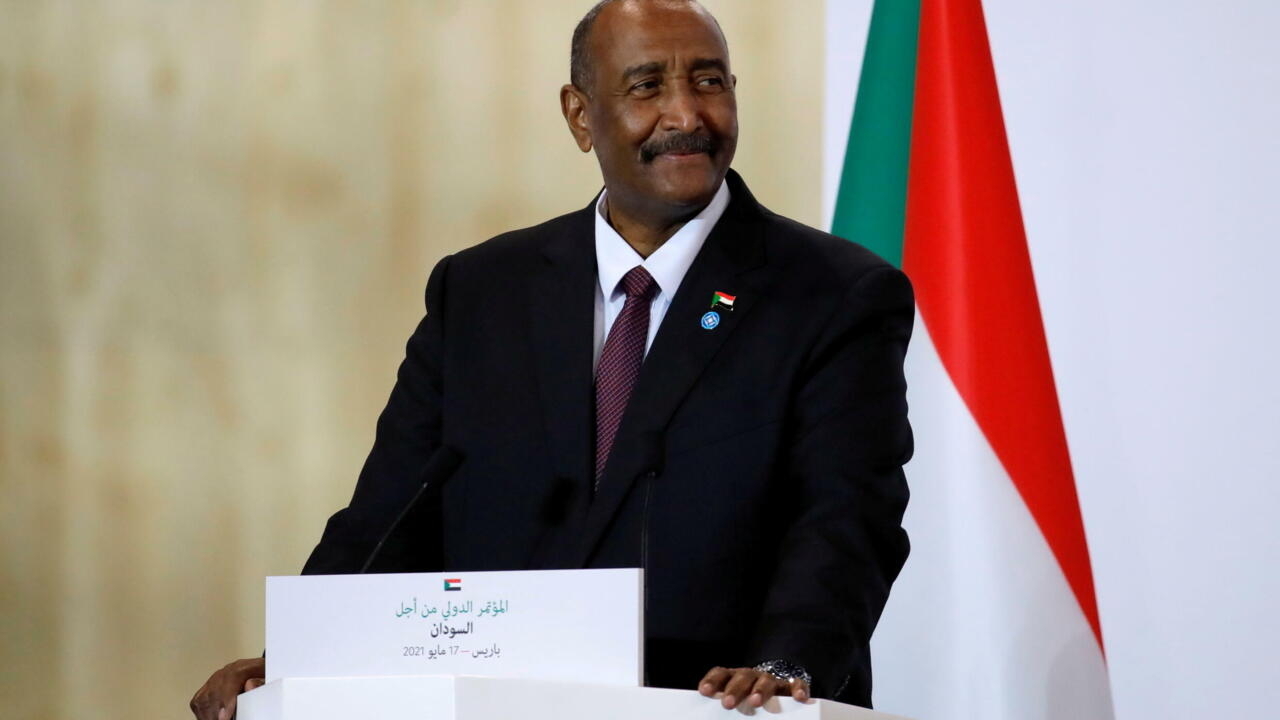 It is a marriage of convenience that has just been shattered in Sudan.

The masks fell, Monday, October 25, with the arrest, by the military, of ministers and civilian members of the Sovereignty Council, including the Prime Minister, Abdallah Hamdok, who has been overseeing a fragile democratic transition since 2019.

At the head of this coup, General Abdel Fattah al-Burhane however promises to continue "a transition to a civil state and free elections in 2023".

Statements of good intentions which have not convinced the international community, nor the thousands of Sudanese who have taken to the streets of Khartoum to criticize this brutal takeover of the military.

>> Sudan: can we trust amateur videos of the demonstrations

"The principle of the transition remaining popular, the soldiers present themselves as those who will save it and bring it to an end. But Abdel Fattah al-Burhane has not specified who will be authorized to stand for these elections in 2023", analysis for France 24 Marc Goutalier, consultant at the Observatory of Arab countries, who predicts the return of a government dominated by the army.

With the exception of a ten-year hiatus, successive military governments have led Sudan since its independence in 1956, as well as coups.

Omar al-Bashir, in business for thirty years, himself came to power by overthrowing an unstable government coalition in 1989.

Double game of the military

Without being inevitable, the return of the military to Sudan appeared to be an increasingly credible hypothesis.

"For two years, the soldiers have not stopped pushing civilians into marginal positions, while the latter have worked a lot to change the structure of the State", explains on France 24 Raphaëlle Chevrillon-Guibert, of the Research Institute for Development.

Conversely, the army left it to civilians to take on the most unpopular reforms, in particular the austerity measures imposed by the International Monetary Fund (IMF).

The most indebted country on the African continent, Sudan is plunged into an economic slump that has worsened with the Covid-19 pandemic.

In February, the country was notably forced to devalue its currency by 85% to save an economy on the brink of a precipice.

According to supporters of the civilian authorities, the military used these difficulties to point the finger at the supposed incompetence of civilians and better present themselves as the savior of the nation.

"There is a bundle of presumptions tending to prove that the military government allowed a certain number of disorders to happen", explains Gauthier Rybinski, international columnist of France 24, who recalls that the army did not intervene to put an end to the occupation of port facilities in Port Sudan.

For more than a month, hundreds of demonstrators?

from the Beja tribe, are blocking access to the import-export terminals of the main Sudanese port, to demand the renegotiation of the Juba peace agreements, with disastrous consequences for vital sectors such as oil and agriculture. .

"We see repeated here the scenario often experienced in the Middle East? And in Sudan in particular, of the army playing pyromaniac firefighter, creating crises to present itself as a savior who responds to the aspirations of the population, analyzes Marc Goutalier. . This is a scenario that we have already seen in Egypt ",

In July 2013, Mohammed Morsi, the first president elected by universal suffrage in a free ballot, had been ejected by the Egyptian security apparatus?

who had made his comeback to power, in the person of Marshal Sissi.

"The model of inspiration of Abdel Fattah al-Burhane, it is precisely Marshal Sissi. In my opinion, he would see himself well in Sudanese Sissi", advance Marc Goutalier.

"Egypt would be more comfortable with a military government in Sudan, rather than with a civilian power that is blamed for internal divisions. It is therefore easier for a soldier like Sisi to work with a soldier like Buhrane", assures Raphaëlle Chevrillon-Guibert.

Like the Egyptian military, the Sudanese army is a true state within a state, controlling large swathes of the economy.

The security services are estimated to control more than 250 companies in a variety of industries, including gold mining, livestock, telecommunications, banking and construction.

These companies, owned by the generals, do not pay income tax and operate in complete opacity.

At the end of December 2020, the ousted Prime Minister Abdallah Hamdok had criticized this situation, but his desire to question the control of the high-ranking officers on the country's economy was met with an end of inadmissibility on the part of General Abdel. Fattah al-Burhane.

Now alone at the helm,

the military will have to deal with strong international pressure, but they will be able to count on allies capable of supporting them financially, such as the Gulf oil monarchies, including Saudi Arabia, and even Israel.

Sudan is one of four Arab states that recently decided to recognize the Hebrew state under the Abrahamic Accords.

General Burhane has already announced that he will respect the international agreements signed by his country.

A message sent to the Israeli and American governments, after months of conflict with Sudanese civilian authorities opposed to this normalization process.

For their part, the United States, whose envoy Jeffrey Feltman was still in the office of the Sudanese Prime Minister the day before, have already warned that "any change in the transitional government endangered American aid".

Washington has just announced the suspension of 700 million dollars in aid.

Since the alleged coup attempt at the end of September in Sudan, the threat of American sanctions has been raised by the Biden administration "but it turns out that the United States has many other priorities [...] and Sudan remains a relatively minor country, "believes Marc Goutalier, who again sees an" Egyptian-style "scenario emerging.

>> Failed coup in Sudan: "Many soldiers are against a return to the old regime"

"As with Egypt in 2013, the United States will eventually lift the sanctions and restore aid to Sudan," he adds.

"And we will be left with a military regime."

But the civilian camp has not yet said its last word.

Despite their divisions, political parties and unions intend to mobilize public opinion through demonstrations and strike calls to try to bend the military and save their revolution.