Biden's anti-record: why fewer Americans approve of the US president's policies

Joe Biden's policy approval rating among Americans has reached the lowest value during his entire tenure as head of the White House. This is evidenced by the data of the portal RealClearPolitics. A little more than 42% of those polled support the president's activities. Biden's popularity fell more precipitously in his first nine months as US leader than any of his predecessors since the 1950s, Gallup reports. According to experts, the decline in the rating is a reaction of the Americans to the inability of the head of the White House to adequately respond to emerging problems, including the Afghan issue, the migration crisis, the spread of coronavirus and economic difficulties. 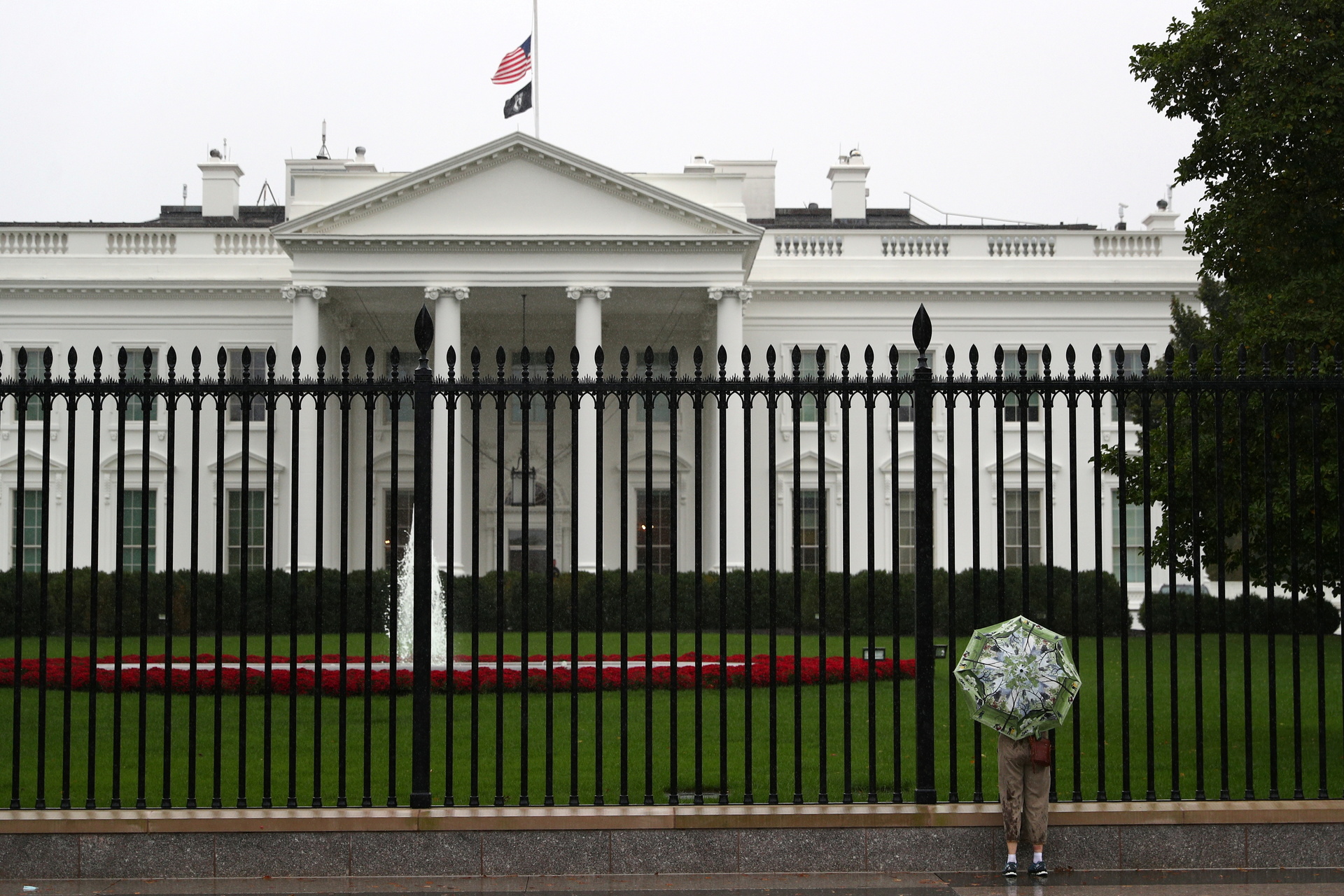 The rating of approval of the policy of US President Joe Biden among Americans reached the minimum value during his entire tenure as head of the White House.

This is evidenced by the data of the aggregator of the results of social polls - the portal RealClearPolitics.

As of October 23, only 42.3% of respondents supported Biden's activities.

52% disapprove of the work of the American leader.

Back in the first half of August, Biden's support level reached 50%.

Then it began to decline.

The highest level of approval was recorded at the end of January, when Biden just came to power - 55.8%.

The Gallup Institute of Public Opinion also reports that the level of support for the policies of the incumbent head of the White House "remains at a low level."

It is noted that Biden's popularity in the first nine months as president of the United States experienced a more precipitous decline than that of any of his predecessors since the 1950s.

) by 11 points in the period between the first and third quarters was not registered in any previous president, although a similar picture is characteristic of the three previous Democratic presidents: Barack Obama (10 points), (Bill.

Among the reasons that could lead to a decrease in the popularity of Biden's policies are the increase in the number of cases of COVID-19, the "chaotic" withdrawal of US troops from Afghanistan and the death of 13 American troops as a result of the terrorist attack at the Kabul airport, economic problems, growing inflation and a lack of jobs. , notes Gallup.

The number of those who do not support Biden's measures to combat coronavirus infection has increased, according to the results of a public opinion poll obtained by the University of Quinnipeck, Connecticut in August.

According to Tim Malloy, a sociologist and analyst at the University of Quinnipack, the White House is likely “prematurely taking an overly optimistic stance when talking about“ getting out of the crisis ”over COVID-19.

At the same time, only 43% of respondents supported the economic policy of a democrat in August, while in May this figure was 48%, according to the survey data.

According to American political scientist Malek Dudakov, the gradual fall in Biden's rating and the minimum value of this indicator of 42.3% shows that the "honeymoon" that any US president usually has in his first year of work is with the 46th head of the White House. is already over.

“This period for Biden was not very long.

It ended even during the Afghan epic - Biden's foreign policy failure, who decided to quickly and chaotically withdraw troops from Afghanistan.

The continuing decline in the popularity of the US president is the unpleasant consequences of this story for him, ”the expert said in a conversation with RT.

But how the evacuation of the American contingent from Afghanistan by the White House was organized has been criticized more than once by both Republicans and Democrats.

Democratic Party member Robert Menendez, head of the Senate Foreign Affairs Committee, said he was disappointed that the Biden administration "failed to accurately assess the consequences of the precipitous withdrawal of American troops."

The democrat also noted that now the world is witnessing "the horrific results of many years of failures of state policy and intelligence services."

Biden himself does not regret the decision to end the Afghan operation in this way.

However, according to him, it was not expected that the current government of the Islamic republic would lose control over the country so quickly.

As noted by Dudakov, instead of admitting its mistakes, the Biden administration chose a different strategy - it decided to "gloss over the problem."

“The Americans expected that the head of the White House would somehow adequately react to the situation around Afghanistan and make work on mistakes.

However, this did not happen.

Washington still says that the operation in Afghanistan ended successfully.

And this incorrectly chosen course led to a drop in Biden's rating, ”the analyst explained.

Yuri Rogulyov, director of the Franklin Roosevelt Foundation for the Study of the United States at Moscow State University, has a similar position.

According to him, Biden's "Afghan foreign policy failures", and especially the way in which the operation to withdraw troops from the Islamic republic was carried out, cause Americans "disappointment and a lot of questions", which they have not yet received from the head of the White House. ...

Among the reasons for the fall in Biden's rating, the expert also names his ineffective policy to combat COVID-19.

“The measures that Biden tried to take to normalize the situation with the spread of coronavirus infection did not stop the growth of cases.

The epidemic in the United States is gaining momentum, the number of infected and deaths is growing, "Rogulyov said in an interview with RT.

The economic problems in the United States, as well as how the current administration is struggling with them, had a lot to do with the approval rating for Biden's work, analysts say.

As Rogulyov noted, the growth of inflation, unemployment and other difficulties associated with the economy are causing enormous discontent among Americans, which is reflected in the rating of the 46th President of the United States.

“These circumstances are very annoying for the American population,” the expert said.

But the actions of the head of the White House in these conditions make the citizens of the United States more angry, Dudakov said.

“The Biden administration is trying to justify that inflation is temporary, although its growth has been observed for a long time.

The measures of the American leader in the area of ​​creating new jobs are also insufficient.

This is one of the reasons why his rating fell to the lowest mark for the entire period of his tenure as US President, ”the analyst stated.

Rogulyov, for his part, also added that the fall in Biden's popularity is also related to the fact that he is more and more negotiating, sometimes behaving strangely and confusing locations.

“Reservations and other nonsense also affect the level of support for the head of the White House among the Americans.

It is obvious to the population that it is difficult for the 46th President of the United States to carry out his official duties due to his age and health.

It is also clear to them that this is not their most energetic president, ”he said.

"In a difficult situation"

At the same time, experts note that another extremely important reason why Biden's rating is declining is the migration crisis in the United States on the border with Mexico.

According to the American media, which analyzed the data of the US Border Service, in fiscal 2021, 1,734,686 people were detained trying to enter the United States from Mexico - this is the largest number of illegal immigrants in history.

Republicans criticize Biden for inaction in connection with the growing migration crisis.

As the head of the National Committee of the Republican Party Ronna McDaniel noted, while a new "caravan" of thousands of migrants literally makes its way to the United States, the head of the White House does nothing.

“The day before going on vacation to Delaware, Biden said he didn't have 'time' to go to the border and clean up the mess he made,” McDaniel tweeted on October 25.

Yet, the day before he heads to Delaware for vacation, Biden says he doesn't have “time” to go to the border and fix the mess he created.

The day before, the head of the Republican National Committee had called Biden's border crisis a "humanitarian disaster," as border patrols detained more than 14,000 unaccompanied minors in September.

“This is more than the figures for the previous three September TAKEN TOGETHER,” she said on her Twitter.

Over 14,300 unaccompanied minors were picked up by border patrol in September.

That is more than in the last three Septembers COMBINED.

Biden's crisis is a humanitarian catastrophe.

McDaniel also said that over the past three months under Biden, nearly 126,000 illegal migrants were detained and then released in the United States.

“Over the past three months under Trump, there were only 51 such people,” she said.

According to a GOP member, "Biden's border crisis continues to break records."

She said that last month, US officials detained 192,000 migrants illegally crossing the border, noting that for September "this is the highest rate in history."

Senator Ted Cruz also criticized the migration policy of the 46th President of the United States.

According to him, this "catastrophe" around the migration crisis was "created by Joe Biden deliberately."

"He has pledged to open borders in an attempt to import millions of future Democratic voters," Cruz said on his Twitter account on October 23.

This catastrophe is by design from Joe Biden.

He made the promise of open borders in an effort to import millions of future Democrat voters.

According to Malek Dudakov, the deteriorating situation on the US-Mexico border is hitting the level of support for the head of the White House.

“The situation on the southern borders is really very difficult.

We see Biden's policy of open borders, where no opposition to migrant flows is provided.

There is a massive demographic replacement of the Native American population.

And the head of the White House does not even think to stop this process, which is associated with an increase in the crime rate and other inconveniences for US citizens, "the expert said.

At the same time, analysts agree that Biden will not be able to reverse the trend characterized by a fall in his rating.

“Given the inability of the head of the White House and his entourage to adequately respond to emerging problems and crises, his popularity will continue to decline,” Malek Dudakov said.

Yuri Rogulev, for his part, noted that it was not by chance that Biden became the president, whose rating drop was the largest since he came to power.

“Biden is in a difficult position.

And a situation in which he changes his position in the direction of increasing the level of his support will not happen.

The problems that have accumulated in the United States during his reign will only get worse.

And even if Biden wants to solve them, it will take too long.

Therefore, the chances of the 46th President of the United States to improve the rating quickly and significantly are minimal, ”the expert concluded.