"Third World War" and "a gun to the head": the umpteenth Polish provocation

Poland believes that the European Commission negotiates with them `` putting a gun to their head '', that it is breaking the rules and the rule of law and that if it activates the ... 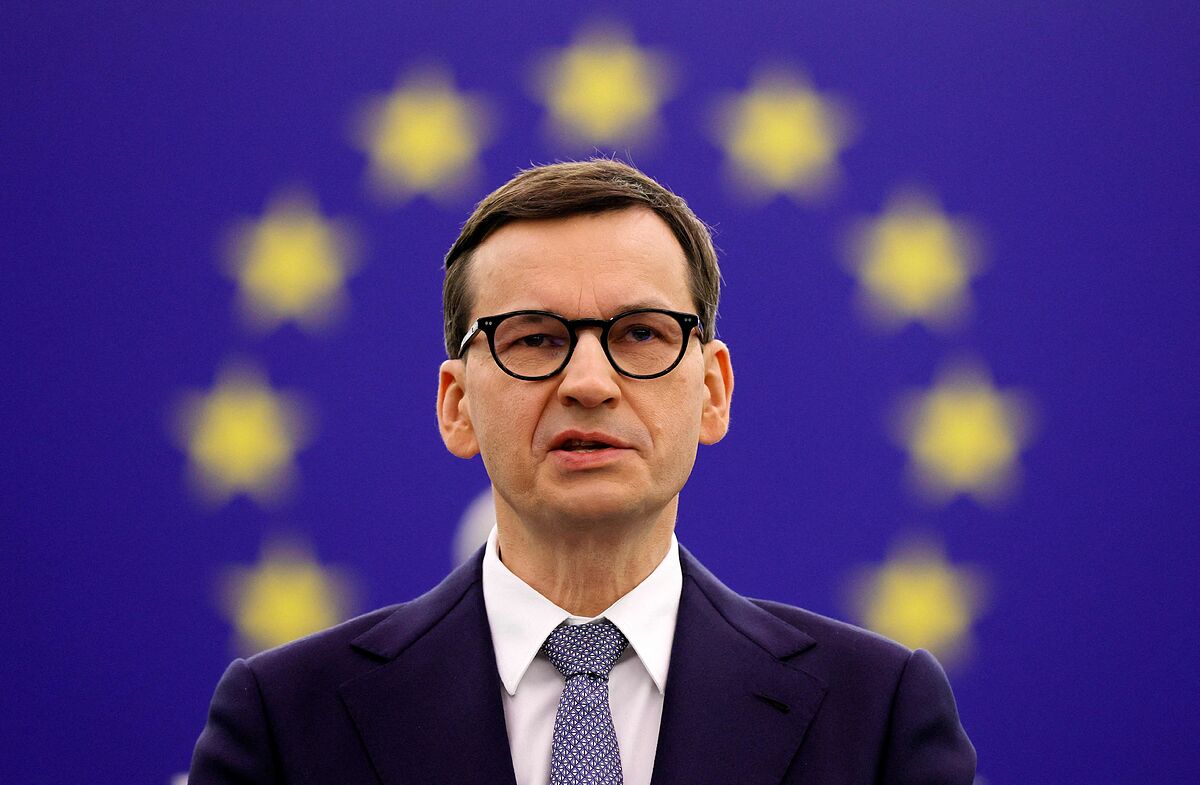 Poland believes that the European Commission negotiates with them "putting a gun to their head", that it is breaking the rules and the rule of law and that if it activates the so-called conditionality mechanism, which allowed the freezing of Community funds to Warsaw or Budapest for his repeated attacks on the rule of law,

will begin "the third world war."

If they do, Prime Minister Mateusz Morawiecki said in an interview in the Financial Times on Monday, "we will defend our rights with all the weapons we have."

The war rhetoric, the out of place comparisons (Hungary did it this Sunday by drawing a parallel between the Commission and the USSR), the noise, have received silence for an answer. The European institutions have chosen to put themselves, at least in the first hours, in profile. There was a specific debate on the subject last Thursday in the European Council, between the leaders of the 27, and there Ursula von der Leyen already said what she had to say. As he did the day before before the plenary session of the European Parliament. Entering the rag now, community sources explain, would be of little use.

Brussels and Warsaw have been

negotiating and fighting for

Sometimes in public and sometimes, most often, in private. The arsenal at the disposal of the Community institutions is very limited, because beyond the infringement procedures, the appeals before the Court of Justice of the EU and the 'nuclear button', Article 7 of the treaties (which ultimately allows leaving a country even without a vote in the Council, but that requires a unanimity which Hungary prevents) there is not much. Or there wasn't. Since January of this year, this conditionality mechanism has been approved, which will allow the freezing of funds from those who do not respect the rule of law. And furthermore, the Commission

has blocked the Polish Recovery Plan,

the document necessary to be eligible for 36,000 million euros of community issuance to alleviate the effects of Covid. So now the fight has come to the important and the cash, to the money, and that changes everything. Hence the Polish verbal incontinence.

Morawiecki is playing a role. The message of the leaders these days has been that a solution must be found, that there cannot be a challenge to the continental legal order. They don't want a fight and advocate a compromise. The prime minister knows this and tries to raise his negotiating position to the maximum before the transfers. In the interview with the British newspaper, he uses big words and images, he threatens, he warns. But it also gives clues. Its price starts with something very concrete:

until it has actually implemented all the CJEU rulings on judicial independence. "This would be the wisest thing you can do, you don't talk with a gun to your head.

This situation creates a relative lack of appetite for any other action, "

It is a clear and specific request, like your offer in reality.

"Right now we are in the process of finalizing the details of the legislation and seeking a majority for this," he says in the interview.

"The legislation is being cooked, and during the next weeks, I believe that until the end of the year at the latest, we will present this legislation and we will continue with the procedure," he says amidst a lot of noise.

The Commission has a delicate role. President Von der Leyen believes that she has not received sufficient support from the heads of state and government. He understands the misgivings of Charles Michel, president of the European Council and organizer of the summit, who fears a very toxic debate and preferred to avoid friction, but at the same time

demands endorsements to be able to go to the shock if necessary.

That said, he does not want to turn the issue into a fight in the mud, because it is not his style, nor that of the Commission, and because he has little to gain there. His system is the rules, the lawyers and the eternal negotiations. Hence, there was no answer today to the boutade of the Third World War, especially delicate when the simile is drawn between a Pole and a German woman. "The EU is a project that has contributed very successfully to the establishment of a lasting peace between its member states,

and the institutions that are common and shared or for that rhetoric", Eric Mamer, the Commission's chief spokesman, said only.

It is inevitable that there will be comments in the coming days, but Brussels wants to keep up the pace, not play by the Polish rules. Hence the silence imposed today at all levels. The exit is very complicated both legally and politically. The position of Morawiecki and the PiS leaves very little margin for the Commission, but if a decade of crisis has taught something, it is that a Member State cannot be rounded up, because unexpected and unwanted results are the order of the day. In the form of

And it is a contagious and uncontrollable phenomenon.

Money is a very powerful weapon and the law seems clear and works in favor of the institutions, which have to measure every step very well.

"We will get this money sooner or later. The later we get it, the stronger the proof that this discriminatory treatment exists.

and dictated by the European Commission, "the premier lamented in the interview, in an intervention that almost seems to have a national audience rather than an international audience. If Poland does not comply with the laws and also declares that the CJEU does not have the last word, it cannot access to European funds. It would be the destruction of what has been achieved for decades. So there has to be an escalation. The perverse incentives to give in now, even if it is little or in very specific things, are evident, but the commitments in sight demand it. It is difficult to swallow and to articulate, but almost everything seems possible, and even pleasant, when compared to the alternative of 'world war'.