Seven Russian tourists were arrested in southern Turkey on suspicion of inadvertently setting fire to a forest. As their relatives told RT, the group walked along the Lycian Trail route, saw smoke over the forest and called a single number for the rescue service. At the same time, according to local media, the fire started where the Russians set up camp. A police squad arrived at the scene and detained the tourists and took them to the police station. After a preliminary hearing of the case, all seven people were sent to prison. The date of the court session, at which their fate will be decided, has not yet been set. 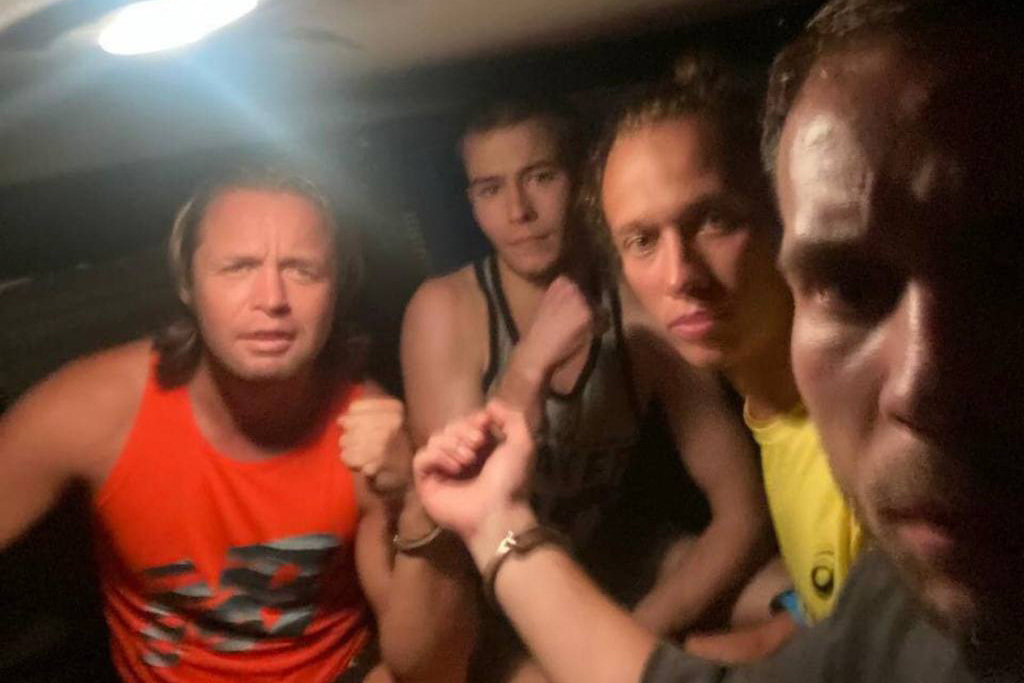 They are suspected of inadvertently setting fire to a forest in the Chaglardzha region.

Young people recorded appeals in social networks, in which they reported that there was a fire on the Lycian Trail, which they tried to extinguish, after which they were detained.

“The fire was not our fault, we only tried to liquidate it, called 911. At the moment we are in court, they are trying to send us to prison,” Dmitry Korshunov said on his Instagram.

At the same time, according to the Anadolu agency, local residents contacted the police, who saw a group of foreign citizens camped in a mountainous area where the fire began.

The fire, according to journalists, occurred in the area of ​​Antalya province of Konyaalti.

The fire was extinguished with an airplane, three helicopters and five fire engines.

Just happened to be near

As Elena Yaroshenko, the mother of 27-year-old Nikita and 30-year-old Anatoly Yaroshenko, said, her eldest son planned to go hiking along the “Lycian Trail” route back in April this year.

However, due to the closure of the border with Turkey during the pandemic, the trip had to be postponed.

“Tolya has a blog about travel,” says Elena.

- He made films about his tourist trips and posted them on the Internet, so he had a circle of friends - travelers.

He told his friends that he was going to Turkey and asked who would like to go with him.

As a result, nine people gathered with him.

He bought so many tickets.

In the morning, when he flew away, we corresponded with him and he told me that two had bought tickets, but they were not flying.

And yesterday at about nine o'clock in the evening he called me and said: "The main thing is not to worry, nothing needs to be done, we are being taken to prison."

He said that the forest was burning, they saw smoke and went to the place of the fire.

There was a decent fire, so they called 911 and then they were detained. "

According to his mother Irina Vdovkina, he was vacationing in Istanbul, but decided to join the tour group.

“They came out two days ago,” recalls Irina.

- We spent the night in tents.

And yesterday he called and said that he was at the police station, that they had been detained.

He said, they say, do not worry, everything will be fine.

But I immediately realized that in another country with different laws, if you get into the clutches of justice like this and someone wants to incriminate you, it will be very difficult.

I don't know all the details, but according to him, the locals apparently called the police and they were taken on the trail next to the burning forest, taken to the police station.

At the same time, the guys had nothing to do with this fire, they just happened to be there. "

The woman notes that first a lawyer who spoke neither English nor Russian, as well as the judge on duty, came to their department.

During the preliminary hearing of the case, no verdict was passed, but the young people were not released either on signature or on bail.

Among the detainees there is a 21-year-old girl, Polina Yaskova, who is now alone in a women's prison.

Irina Vdovkina also said that she tried to contact the consulate of the Russian Federation, but in response she was told that the appeal would be considered within 30 days.

If there is a judgment now, everything will happen very quickly.

As far as I know, yesterday the consulate could not help them, ”says Korshunov's mother.

“They say that because of patriotic motives, that they do not want to protect the Russians who are burning Turkey,” explains Elena.

“Last night I called the consulate, they fixed everything, said that the consulate representatives would contact the local authorities, find out that they were being charged and give an answer.”

The Consulate General of the Russian Federation in Antalya confirmed the fact of the detention of Russian tourists on October 23.

“The Russians were provided with state lawyers free of charge and a qualified translation was provided.

Despite the petition of the lawyers, the court decided to detain Russian tourists as suspects of inadvertently setting fire to the forest for the period of pre-trial investigation of the circumstances of the incident.

The sister of another detainee, Alexander Antoshkin, Natalya Aizatullina, in an interview with RT, said that at the preliminary meeting, the judge announced the term that threatens under the article for setting fire to the forest.

“My brother managed to tell us that they face from 2 to 7 years.

Someone says that 4 hectares burned down, others say more.

In general, it is not clear what is happening, there is no longer any connection with Alexander.

I also received a call from a girl who introduced herself as a translator.

I asked her: what are they being charged with?

She said that nothing was charged.

They simply detained them as foreigners until the circumstances were clarified and that she contacted the embassy, ​​”says Natalya.

As guide Ivan Kovylin told RT, due to the frequent forest fires, there are places on the Lycian Trail route that are located mainly in a wooded area where passage is prohibited, but such areas are marked with special signs.

“There are some areas that are closed due to fires,” he explains.

- There are warning signs that the entrance is prohibited.

The guys were unlucky, they were at the wrong time, in the wrong place. "

The Russian diplomatic mission noted that the date of the trial of the Russian tourists has not yet been set.

According to the law, it must be determined no later than one month from the moment of detention.

At the same time, the lawyers of the arrested Russians can challenge the detention, the diplomats stressed.