The battles continued on the fronts south, west and northwest of Marib, while the fighters of the Arab coalition to support Yemeni legitimacy continued to launch their support raids, in which mechanisms were destroyed and Houthi militias were killed and wounded. 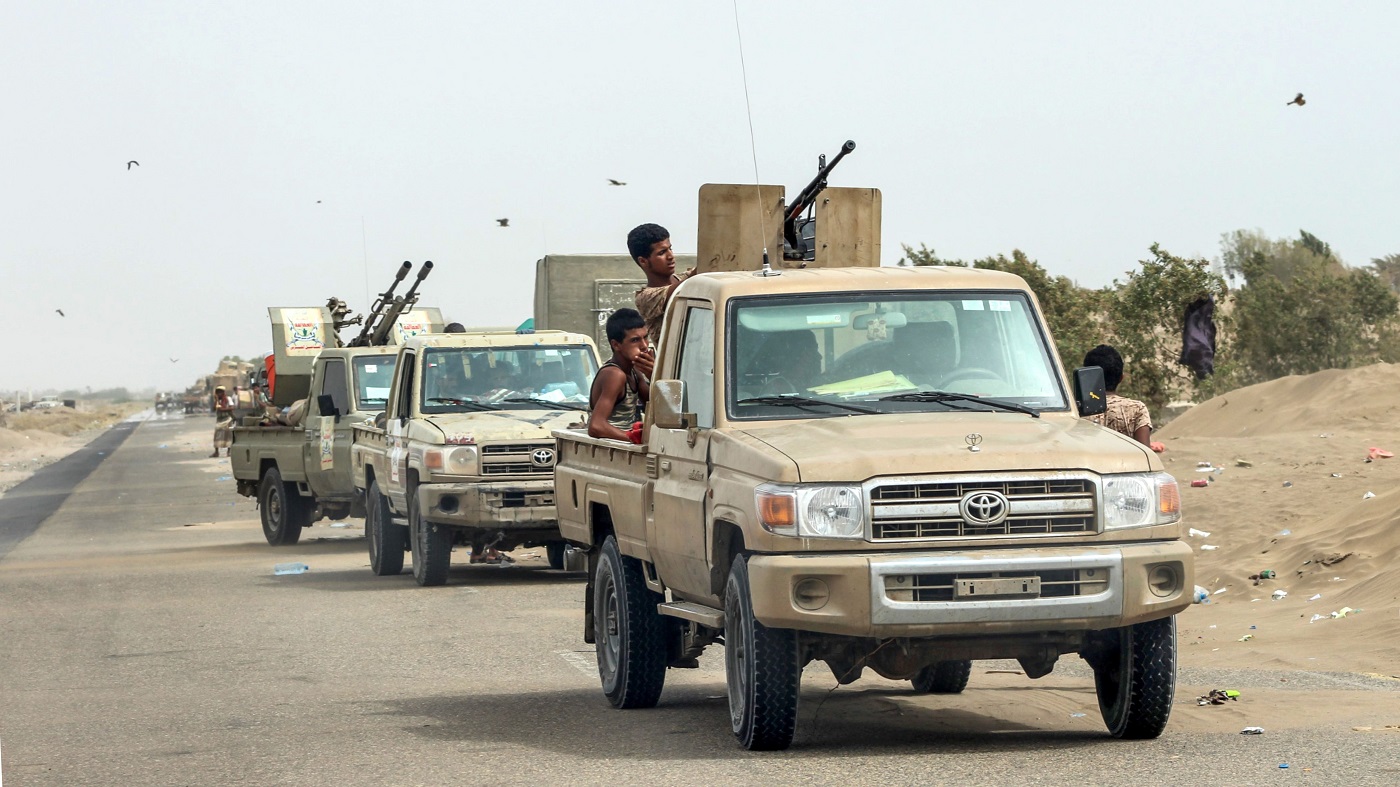 The battles continued on the fronts south, west and northwest of Marib, while the fighters of the Arab coalition to support Yemeni legitimacy continued to launch their support raids, in which vehicles were destroyed and Houthi militias were killed and wounded.

On the Al-Juba front, the battles continued in the vicinity of Al-Jadida, the center of the district, during which Houthi attacks were confronted from several axes towards the area, which incurred great losses, with the great support of the Arab coalition fighters, which launched a series of raids against Houthi targets and mechanisms.

Field sources confirmed that 50 Houthis were killed in the Mala’a front between Harib and Juba, after they tried to advance towards the tribal areas defending their lands in the region, while the artillery of the army and tribes targeted a Houthi gathering on the outskirts of Harib, which led to the killing of six leaders, including foreigners.

Field sources stated that the Houthi militias pushed with large reinforcements that were brought from other fronts towards the district, and others towards the fronts of Jabal Murad, with the aim of achieving a breakthrough towards the tribal sites in the two districts, noting that the militias are desperate to reach the road linking the city of Marib and the Directorate of Jabal Murad, which is the road. The only one who provides the Directorate with reinforcements and supplies.

On the other hand, the Education Office in Marib Governorate issued a circular suspending the educational process and study in all schools in the districts of southern Marib, with the escalation of battles with the Houthi militia.

On the fronts northwest of Marib, the Raghwan al-Jadaan fronts witnessed violent confrontations between the two sides, which left many dead and wounded, and Houthi attacks were repelled towards new areas in the deserts around the city of Ma'rib.

In Sirwah, the artillery of the army and tribes demolished Houthi sites and targeted mobile militia targets, leaving Houthi dead and wounded, and destroying their combat mechanisms.

In addition, tribal and other field sources in Marib stated that the battles of the governorate forced the Houthi militias to take out all their reserves of weapons, local fighters, foreign mercenaries, and first-rank leaders, and push them to the governorate fronts, where they were greatly depleted.

The sources indicated that there are military plans and tactics that will be taken soon against the militias that are being greatly depleted, and the shift from defense to attacking Houthi positions on the Marib fronts, as well as moving other fronts, confirming that the militias have buried more than 11,218 dead during the 483 days. past, including prominent leaders.

The sources confirmed that most of the Houthi weapons that were looted from the warehouses of the former Yemeni army and received from abroad were destroyed by coalition fighters in the first place, tribes and units of the Yemeni army, during the recent period. It has those foreign reinforcements and experts, to make breakthroughs towards the city of Ma'rib, but the time has not yet come for the start of the major battle.

In Al-Jawf, the coalition fighters thwarted Houthi movements with the aim of reaching sites close to and adjacent to the Ma’rib governorate, and bombed combat vehicles and Houthi sites in Bir Al-Maraziq, Al-Aqsha’a area, Al-Labanat camp and Al-Hazm city, the capital of the governorate, which led to the destruction of Houthi combat mechanisms, killing and wounding many elements, including leaders fieldwork.

The forces of the Sixth Military Region and the tribes were able to thwart a Houthi attack in the Al-Rayyan area in the Al-Jawf Desert, inflicting heavy losses on it.

In Shabwa, dozens of tribes and military leaders flocked to Matarih that had been established in the districts of Nisab, Al-Talh, Al-Rawdah, Arma, and Al-Saeed, in preparation for the start of resistance to the Houthi militias, which were handed over to a number of districts by members of the Islah Party.

In Dhamar, local and medical sources confirmed that more than 100 civilians, including leaders and Houthi elements, were killed and wounded, as a result of the explosion of a ballistic missile that the Houthi militia failed to launch, from the headquarters of the Military Police and the Rescue Police, south of the city of Dhamar, the governorate center, to fall in a densely populated residential neighborhood. .

In Hodeidah, the Houthi militia bombed the Mandhar neighborhood in the Al-Hawk district in the center of the governorate, in a hysterical and intense manner, which led to the destruction of a number of houses, and prompted a number of families to flee to safe areas, fearing for their lives, in a new crime added to the militias’ crimes against the people of the neighborhood and the coast Western in general.

For their part, the joint forces thwarted Houthi movements in the seam areas east of the city of Hodeidah, concentrated in the Kilo 16 area, the 50th Street, and the city of Al-Saleh. They also responded to Houthi fire sources targeting the Al-Faza area in Al-Tuhayta, south of Hodeidah.

As part of the violations, Houthi militia members, reinforced with combat mechanisms, stormed the residence of the faculty members at Sana'a University, and expelled the families of the deceased and retired academics, as the militias sought to house a number of Houthi leaders in their place.

In Ibb, Houthi elements stormed the city of Jableh, north of the governorate, raided homes and kidnapped a number of young men and civilians and took them to an unknown destination, without knowing the reasons.