James Michael Tyler (59), Gunther in &amp; apos; Friends &amp; apos ;, has died at 59 years of age as revealed by the director and producer of the series, Kevin Bright Worldwide ... 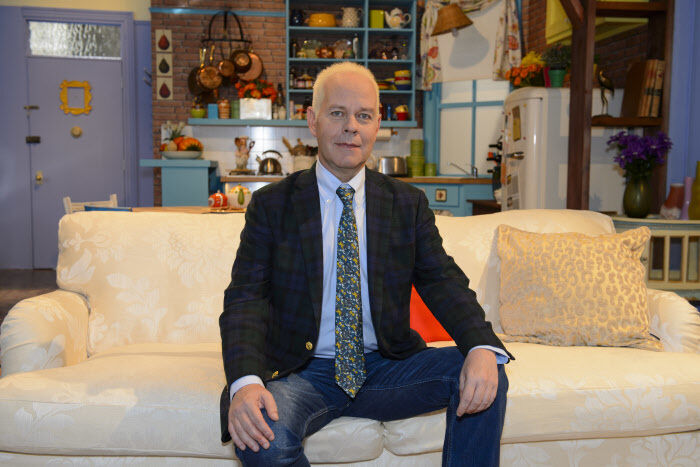 James Michael Tyler (59), Gunther in 'Friends', has died at 59 years of age according to the director and producer of the series, Kevin Bright

Known worldwide for his character as

, he had been battling prostate cancer since September

Yet the disease spread

to other parts of his body, according to what he himself recounted a few months ago on NBC's

"I was diagnosed with advanced prostate cancer that had

spread to my bones.

I have been dealing with that diagnosis for almost the last three years ... It is now stage 4. Late stage cancer. So, you know, it will probably affect me." .

Symptoms of the disease were first detected during a

and after the following tests, the actor received the stark diagnosis: stage 4 prostate cancer. Tyler was then placed in the hands of Dr. Matthew Rettig, a research scientist. and an oncologist who used genetic testing to determine that the disease was genetic and not environmental.

The actor then embarked on hormone therapy, which "worked wonderfully for about a year," allowing him to get on with his life normally: "All he had to do was

take a pill in the morning and in the evening. night,

and boom, life was pretty normal ... I felt fine, honestly. I had no symptoms,

I didn't feel any symptoms.

And it was very easy to regulate. "

, causing paralysis in his lower body.

"I missed a test, which was not a good thing. The cancer decided to mutate at the time of the pandemic and that is how it has progressed."

The actor, who underwent

last May through Zoom because

he didn't want to "disappoint" the show

by having to explain his illness: "I wanted to be part of that and initially I was going to be on stage, at least, with them, and to be able to participate in everything. It was bittersweet, really. I was very happy to be included in the meeting, but it

was me who decided not to do it physically

a prostate-specific antigen that can indicate signs of the disease: "Don't give up. Keep fighting. And have goals. Set goals. My goal. last year it was reaching my 59th birthday. I did it on May 28. My goal now is to

help save at least one life

by spreading this news. "