Here the space stone burns up over Sweden

From Norway you could see when the space rock flew in over Sweden. Pictures from the Norwegian meteor network show the vehicle, which resulted in a strong glow over Uppsala County, among other places. 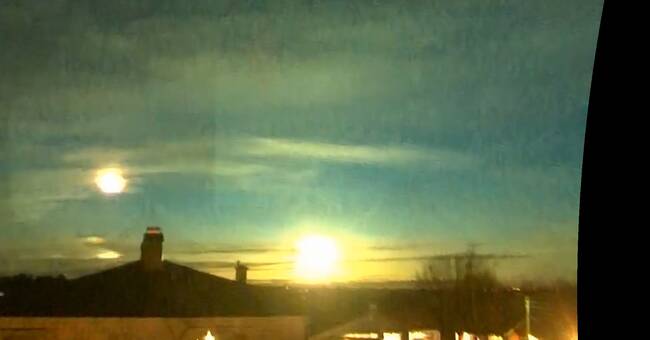 It was at 10.30 pm on Saturday evening that a bright light was noticed in several parts of the country.

- Most of the reports we have received about this are concentrated around Uppsala, Västmanland, Örebro and the Stockholm area, says Eric Stempels, researcher at the Department of Physics and Astronomy at Uppsala University.

Most likely it was a so-called bolid.

The burning meteor that is said to have caused the light was observed in both Finland and Norway.

In Larvik you could see how the burnt space rock traveled through the atmosphere.

The Norwegian meteor network captured it all in a picture.

- This was a real bastard, no wonder it was seen from Norway, says Eric Stempels.

What happens to the stone?

- Space stones do not strike down as in Hollywood movies.

The most common is that the stone burns up completely before it reaches the ground, says Eric Stempels.