France put into orbit on Saturday a military communications satellite presented as a technological gem and a pillar of the country's sovereignty, in a new sign that geopolitical tensions have now moved into space. 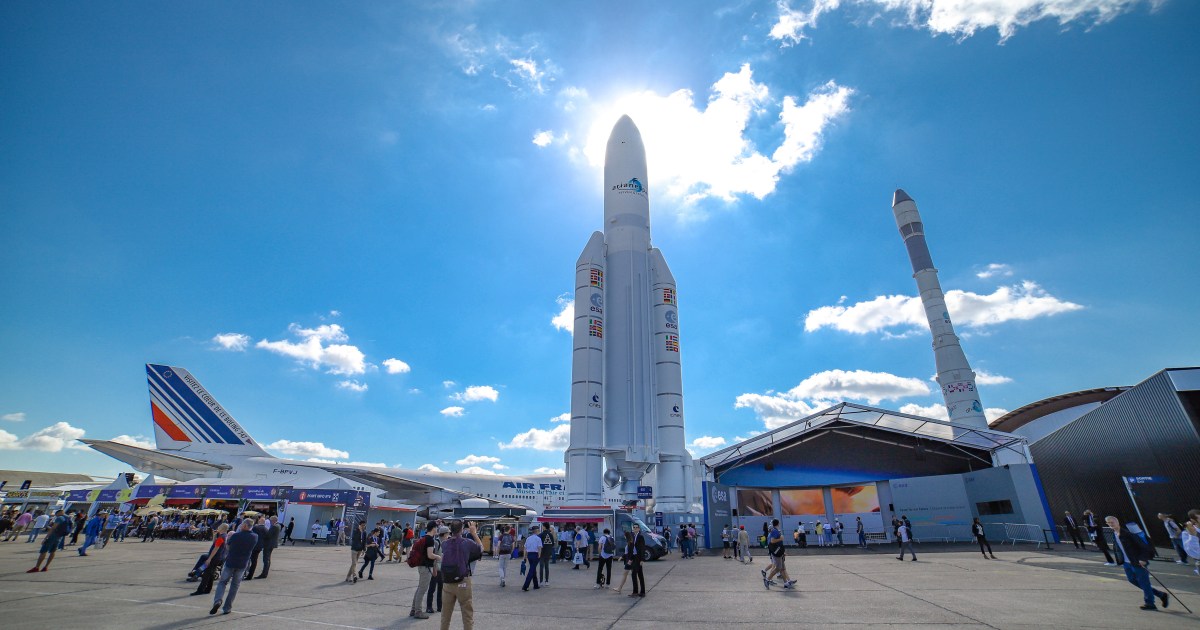 France put into orbit on Saturday a military communications satellite presented as a technological gem and a pillar of the country's sovereignty, in a new sign that geopolitical tensions have now moved into space.

An Ariane 5 missile was launched from the Kourou base in Guyana carrying the A4 satellite within the Syracuse program, and it will allow the French armies to communicate at high speed and in complete safety, by land, sea, air and from inside submarines.

The mission was successfully completed after 38 minutes and 41 seconds of launch.

"The Syracuse A4 is designed to withstand military attacks from Earth and space, as well as jamming," said French Air Force and Aerospace Forces spokesman Colonel Stéphane Spit.

It is equipped with means of monitoring its immediate surroundings, and has the ability to move around to avoid an attack."

The value of the Syracuse program is about 4 billion euros, and this fourth generation of satellites will triple the speed of the third generation connection.

The General Directorate of Armaments committed 354 million euros to the French electronics manufacturer Thales, and 117 million to Airbus for the fourth generation alone.

In the long term, France will have 400 stations capable of communicating with the new satellite from Earth, an aircraft, a ship or a submarine, according to the Directorate General of Armaments.

But France's nuclear deterrent relies heavily on its submarines, explained Marc Finno, an expert on weapons proliferation at the Political Center for Security in Geneva.

Fino added that "if the adversary is able to modify, hack or damage communications by submarines, this will be the end of deterrence."

"France needs this sector to show that it has the means to realize its ambition," said Xavier Pascoe, a space specialist and director of the Foundation for Strategic Research.

"This gives credibility to all of its military tools, as well as its industrial capabilities," he added.

And the French news agency reported that the new satellite gives some pride to Paris after a few weeks of humiliation to France after Australia canceled a huge contract to acquire French submarines in favor of American submarines, which increased the fragility of French power in the Indo-Pacific region.

"Politically, this is proof that France may be a middle power, but the scope of its action remains global," Pascoe said.

With its annual investments of 2 billion euros in the field of military and civil space, France is far from the top three countries (50 billion for the United States, 10 billion for China and 4 billion for Russia), according to 2020 figures issued by the French government.

But the A4 satellite allows France to remain among the leading countries in the field of space, and confirms that Paris is strongly involved in the arms race.