On shorter distances in Norrland, electric flights could have the same function as high-speed trains in central Sweden. This is what researchers at Luleå University of Technology claim. And it does not have to be that far away. - I do not know how long it will take, but I expect them to happen within a few years, says Math Bolllen, professor of electric power technology at LTU. 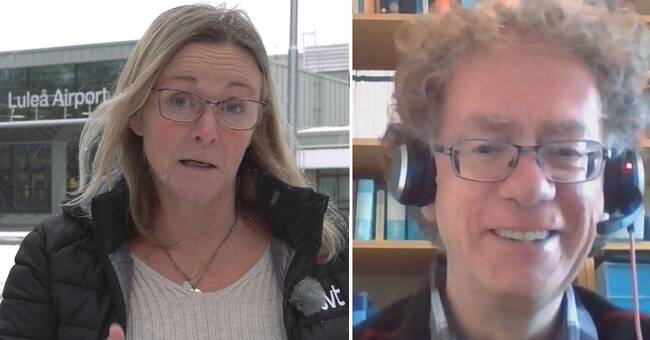 All new large fossil-free industrial investments that have been announced require enormous amounts of fossil-free electricity.

Then you may wonder if it is the right time to also start thinking about electric planes, but Math Bollen makes an estimate:

- If you were to do all domestic flights electrically, then you would increase Sweden's total electricity consumption by only one percent.

So we are not talking about very large quantities.

How many electric car refuelings do you get on an electric air refueling?

- I would say ten to fifteen, a bit depending on the size of the aircraft and the size of the cars, says Math Bollen, professor of electric power technology at Luleå University of Technology.

They have been test flown and some are in production.

- What is needed is some experience, and approval by authorities to get passengers, he says.

And then charging infrastructure is needed at the airport.

The next technical problem that remains to be explored is whether electrical disturbances from charging can disturb sensitive equipment at airports.

For example, there is a risk that radio interference may occur and then become a problem for communication with incoming aircraft.

- We have therefore started a new research project funded by the Swedish Energy Agency, which also includes Skellefteå municipality and Skellefteå airport, which will study these disturbances in detail.

This is a project that we are carrying out in collaboration with researchers from electronics systems at Luleå University of Technology, says Math Bollen.