It is the first gesture of the Taliban government in the face of the famine which threatens Afghanistan. The country is still cut off from international assistance and hit by the shortage of cash.&nbsp; 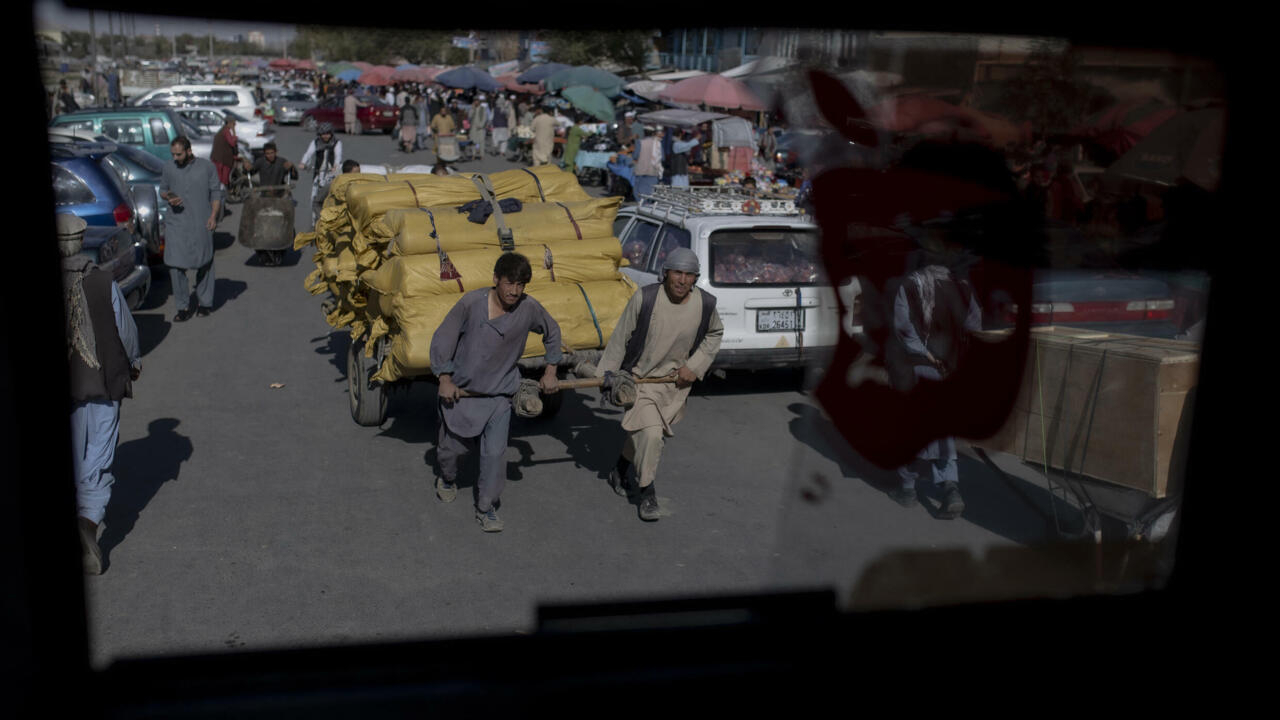 At a market in Kabul, Afghanistan on October 12, 2021 (illustrative image).

It is the first gesture of the Taliban government in the face of the famine which threatens Afghanistan.

The country is still cut off from international assistance and hit by the shortage of cash.

The new Kabul authorities announced on Sunday the establishment of an aid program for the poorest.

According to the Taliban, this initiative will take the form of a contract: work for food.

It consists of employing tens of thousands of men in the largest cities of the country - 40,000 men in Kabul - in order to carry out community service.

For example, this will involve digging canals and trenches to collect snow or rainwater that is lacking in several regions.

In exchange for these services rendered, the Taliban administration promises to mobilize as wages 65,000 tonnes of wheat which will be distributed to the families of these workers by the end of the year.

Children are dying of hunger

In a country that already suffers from

, drought, power outages and a

, the humanitarian crisis has set in very quickly and is already taking its toll.

According to the Afghan press, eight children from the same family died of hunger a few days ago in a poor neighborhood in western Kabul.

And the end of the year promises to be dramatic, as hundreds of thousands of people deprived of provisions and firewood are preparing to go through what could be a harsh winter with temperatures that can drop to -25 ° in mountainous areas.

To read also: Afghanistan: misery in the camps for displaced people