Tunisian President Kais Saied accused parties - he did not name - of fabricating crises and paying money abroad to harm his country, at a time when pressure and criticism are mounting against him, demanding a return to the constitution and the legislative path. 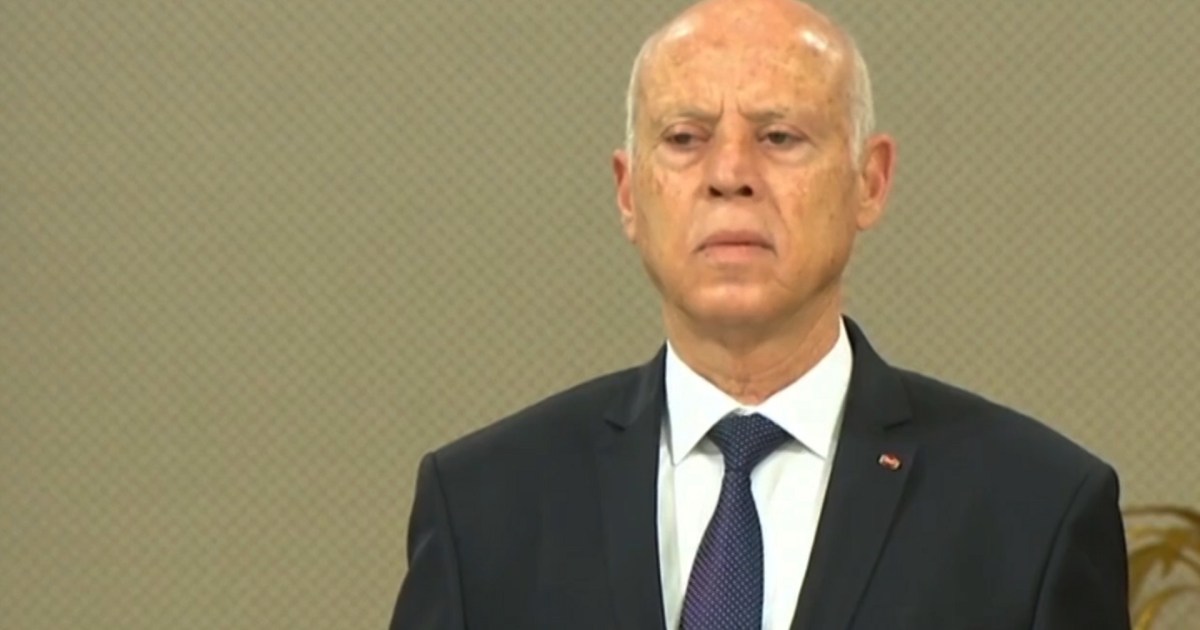 Tunisian President Kais Saied accused parties - he did not name - of fabricating crises and paying money abroad to harm his country.

During his meeting with Prime Minister Najla Bouden - in the city of Sfax (west of the country) on Friday, Said said that many Tunisian administrations have turned into what he described as a focal point of spying and intelligence, calling for their purification, as he put it.

On July 25, Saied decided to dismiss Prime Minister Hisham al-Mashishi, freeze the parliament's competencies, and lift the immunity of parliamentarians, and later issued orders to dismiss officials and appoint others.

Most of the parties rejected Said's exceptional decisions, and some considered them a coup against the constitution, while other parties supported them, seeing them as a correction of the course in light of political, economic and health crises.

Saeed said that the reasons that prompted him to take exceptional measures were due to saving the state from collapse and achieving the will of the people, with full respect for the law, freedoms and human rights, as he put it.

During his meeting with Kuwaiti Foreign Minister Ahmed Nasser Al-Mohammed Al-Sabah, the Tunisian President said that his country is counting on its national capabilities to face various challenges, and added that he is looking forward to economic and financial support from what he described as the friendly and brotherly countries of Tunisia, including the State of Kuwait, in order to overcome the circumstance. that his country is going through.

US Assistant Secretary of State for Near Eastern Affairs Yael Lambert said Washington is looking forward to establishing an inclusive process for a speedy return to constitutional order in Tunisia.

At the same time, the US official welcomed the formation of the new Tunisian government, which was formed more than two months after the dismissal of the Mechishi government, and many internal and external demands for President Said to quickly form an alternative government.

The US official began a visit to Tunisia last Wednesday, and met with Tunisian government officials, including Foreign Minister Othman Al-Jarandi.

And last week, the US Congress warned against the state of democracy in Tunisia, considering it threatened and in danger, which Saied rejected.

Last Thursday, the European Parliament passed a resolution expressing its deep concern about the excessive concentration of powers in the hands of the President.

The European Parliament stressed the need to preserve the constitution and the legislative framework, and the country's need for a well-functioning legitimate parliament, and to restore institutional stability as soon as possible.

The European Parliament adopted the resolution by 534 votes out of 685 to 45, with 106 abstentions.