Well over a thousand consumers have sent complaints about the online stores Pluus, Buuks and Sayve to Swedish and Danish authorities. In Sweden, the General Complaints Board has in a number of cases assessed the company's subscription agreement as valid, but the Danish consumer ombudsman makes a different assessment and now demands that Swedish consumers also be compensated. 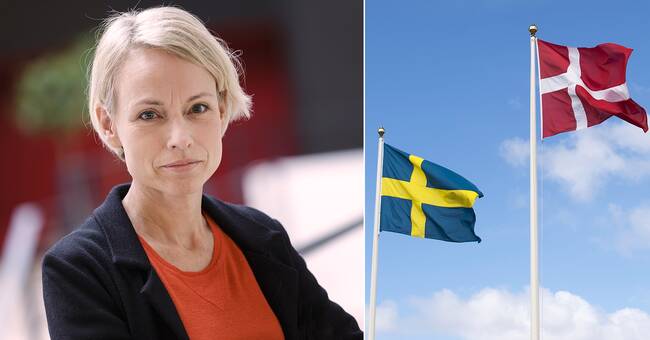 - According to Danish law, we have the authority to also safeguard the interests of Swedish consumers in a case like this, says Christina Toftegaard Nielsen, the Danish equivalent of the Consumer Ombudsman.

Books and a number of other gadgets are sold on the sites Pluus.se, Buuks.se and Sayve.se.

What many consumers did not realize when they bought products in the online stores is that they also became members of the sites' customer club, at a monthly cost of SEK 129.

Dissatisfied consumers believe that there was a lack of comprehensible contract confirmations and clear indications that they had become members of a benefits club whose fee was later debited from their accounts.

Over a thousand complaints

Since 2018, Swedish and Danish consumer authorities have together received almost 1,600 complaints against the three sites, which all have the same Danish owners.

- We have noted the number of reports and complaints and therefore chosen to contact the Danish Consumer Ombudsman.

Our image is that it is the most effective way to deal with foreign companies, says Hans Lundin, press manager at the Swedish Consumer Agency.

Reported to the police and sued in court

- It is important that it does not pay to run this type of business where you do not clearly state about a subscription that costs money, says Christina Toftegaard Nielsen.

- This is the background to the fact that we have taken the case to court, with a requirement that companies must repay all subscription fees to consumers in both Denmark and Sweden.

The Consumer Ombudsman considers that consumers have not given active consent to the subscription itself and that the agreements are therefore invalid.

According to the authority, the sites have made some changes over time, but not enough.

On the right side of the law?

In an email to SVT's consumer editorial Plus, the sites' administrative director Rasmus Andersen emphasizes that the online stores provide information about the membership fee in several places.

In its reply to the Danish court, the sites' representatives also refer to several decisions from the Swedish General Complaints Board (ARN), where the board assessed their communication as sufficiently clear.

ARN's decision is not legally binding.

In November, the Danish court will nail down a date for the trial against the sales sites.

Footnote: After the Consumer Ombudsman recently checked the sites, the online stores have made minor changes to the order pages, which the authority has not yet taken a position on.

DON'T MISS: Tip Plus - and chat about problematic online shopping