The Kings, Princess Leonor and Infanta Sofía have begun their visit to Santa María del Puerto, in the council of Somiedo, recognized as the Exemplary Town of Asturias of ... 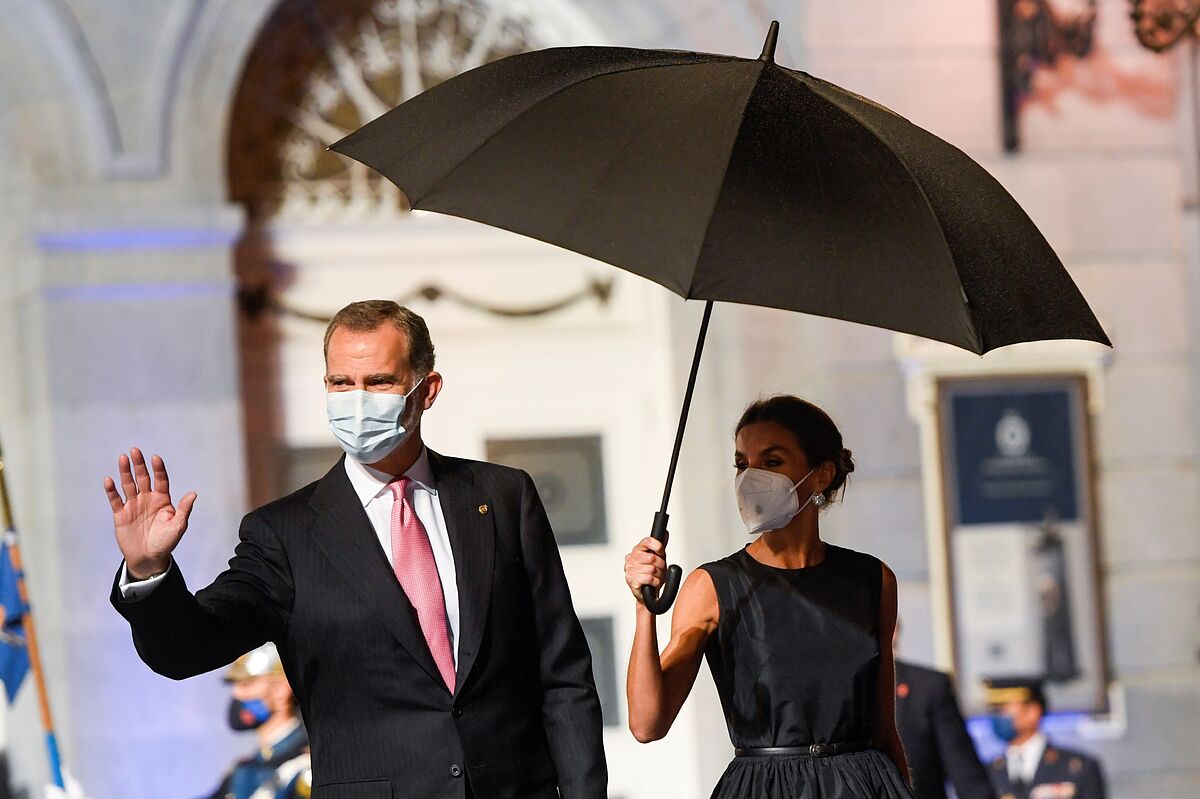 The Kings, Princess Leonor and Infanta Sofía have begun their visit to

, in the council of

, recognized as the Exemplary Town of Asturias this year, where they have been received to the sound of bagpipes and with flags of Spain and the Principality.

On a cool morning, the more than fifty inhabitants of the village located at 1,486 meters and neighbors of neighboring nuclei have gathered to welcome the royal family with applause, which is accompanied by the Minister of Agriculture,

The president of the Principality,

, and the mayor of Somiedo,

, have waited for the Kings and their daughters at the entrance of the town to begin the tour of some of its streets.

It is the third time that Leonor de Borbón, along with her sister, accompanies Don Felipe and Doña Letizia to the exemplary town, after she did it in 2019 in

and last year, in

During the visit, they will visit some of the most outstanding points of the village, among them, its parish church, the viewpoint that is going to be inaugurated on the occasion of the presence of the award ceremony and the fountain next to which it is celebrated. the livestock fair in September.

, the main way of life in Santa María del Puerto, having a cabin of about 600 cattle, mostly cows of the Asturian breed of the valleys.

In the children's area of ​​El Puerto, the Kings, the Princess and the Infanta are going to greet a group of children who are going to present them with various drawings related to the town and the recognition of an exemplary town.

Before the arrival of the Kings, the mayor of Somiedo has said that the award is "a pride and satisfaction", as well as a reflection of the "model of sustainable development and extensive livestock farming".

"It is a recognition to all Somiedo. We fight against depopulation trying to diversify the economy with tourism and services," the councilor has valued.

Columbus Day 12-O: tribute to the military and a hot morning for Pedro Sánchez: received with boos at the parade