The dog mystery in the middle of La Palma's lava rivers

A bold rescue operation - and a great mystery - has taken place among the lava flows on the Canary Island of La Palma. According to a cryptic message, four dogs that got caught in the grip of the volcano have been rescued - but no one knows how it happened. 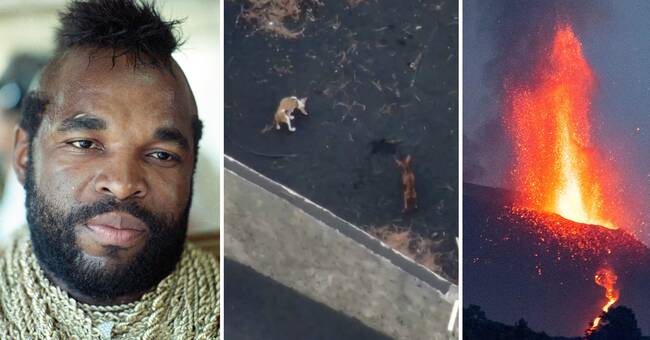 Since the outbreak several weeks ago, four dogs of the breed Podenco Canario have been stuck on a strip of land left untouched by the lava flows, which otherwise surround the area.

To keep the dogs alive, an animal rights organization has flown in food with drones.

An advanced rescue operation, also with drones, had been practiced and this week the organization was getting ready to put its plan into action.

But when drones flew over the area on Thursday, the dogs suddenly disappeared.

Instead, they discovered a large white sheet with a highly unexpected message written on it.

See more about the dogs, and the mysterious message, in the player above.