Anne Hidalgo was officially invested as a candidate for the Socialist Party for the presidential election this Saturday in Lille. In front of more than a thousand people, the mayor of Paris unrolled the big ... 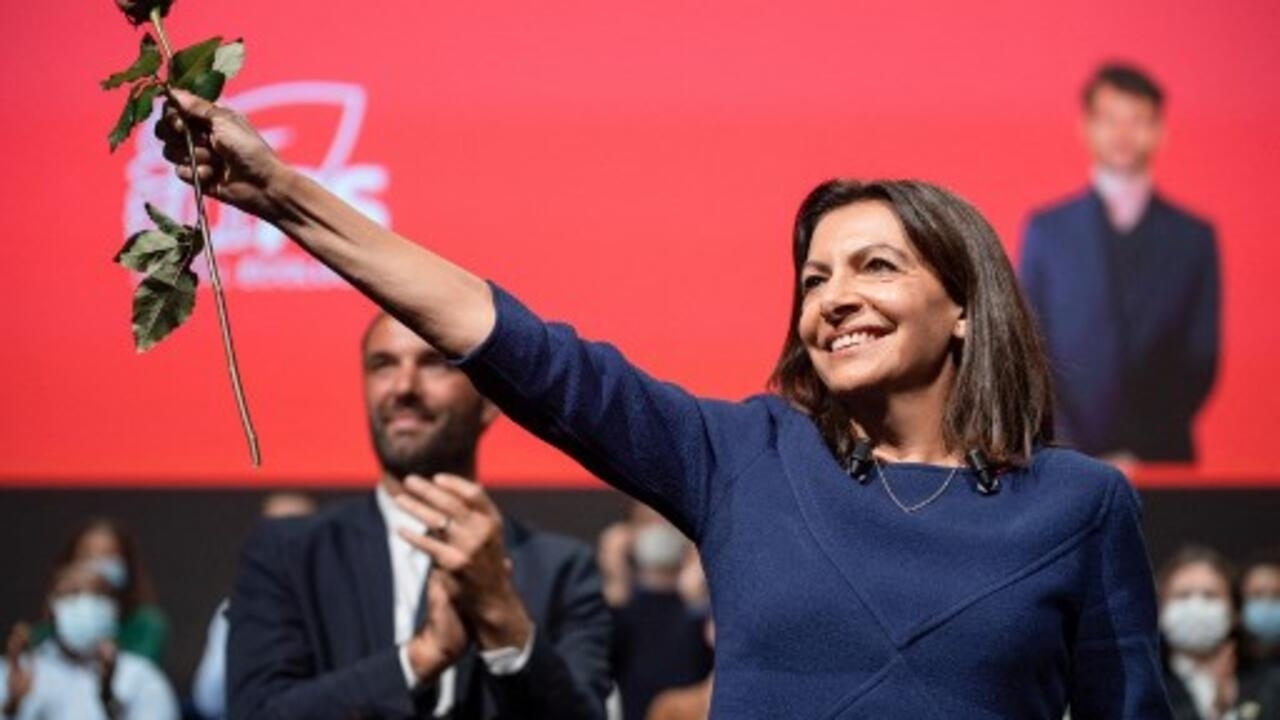 Anne Hidalgo was officially invested as a candidate for the Socialist Party for the presidential election this Saturday in Lille.

In front of more than a thousand people, the mayor of Paris unrolled the main lines of her project and some concrete proposals.

A month and a half after

having declared herself a candidate in Rouen, Anne Hidalgo

is officially a candidate for the Socialist Party. In front of 1,700 socialist activists and elected officials gathered for his first big meeting in Lille, the mayor of Paris defended, targeting the right, "a candidacy that refuses identity surrender", and unleashed his blows against the outgoing Emmanuel Macron.

While her competitors on the left are starting to distill their program, Anne Hidalgo wanted to strike hard with concrete proposals.

" of Lionel Jospin, François Hollande and Ségolène Royal, she spun off a long series of proposals, starting with "

a decent remuneration for each and everyone

" of her five-year term. It also plans to generalize "

the regulation of rents in tense areas

the right to die with dignity

The mayor of Paris will also bring in the campaign the objectives, among others, to bring "

60% of an age group the number of higher education graduates

a profound reform of our institutions

a social programming law from the summer of 2022, to achieve full pay equality in five years

In terms of education, she repeated her proposal, much criticized by her opponents who deem it unrealistic, "

to double the treatment of all people in contact with students, or to start, to align minimum wages. new teachers on the salary of bac + 5

In terms of ecology, it plans in particular to set up a "

", and to have Parliament vote "

each year a carbon budget for the nation

After a sluggish start to the campaign, Anne Hidalgo vegetated in the voting intentions, around 4 to 7%, behind the ecologist Yannick Jadot and the rebellious Jean-Luc Mélenchon. So everything has been done to put it in the best possible conditions. The PS first beat the recall so that the socialist family appears united.

Around the mayor of Lille Martine Aubry, first political mentor of Anne Hidalgo and who asked the activists to "

not sulk (their) pleasure

", the former Prime Minister Bernard Cazeneuve declared on Saturday his "

" and Olivier Faure assured her that she could "

count on all the activists

". Many elected socialists were present, including several mayors, as well as personalities from civil society, such as the climatologist Jean Jouzel.

", exclaimed at the end of the meeting the deputy Boris Vallaud, greeting "

a candidate of the Republic of the daily newspaper

Absent, the former head of state, François Hollande, very critical of the crumbling of the left and its “

, assured that he would vote for her.

While two thirds of left sympathizers want a union of their camp in the first round, according to an Ipsos poll, Anne Hidalgo must now convince that she can create a dynamic and make people forget the failure of the last presidential election for the PS where Benoît Hamon won only 6.3% of the vote.

Presidential 2022: "The left is struggling to reconnect with popular circles"