Efforts to solve the submarine crisis.. A phone call between Biden, Macron and Kamala Harris will visit Paris soon

The US President and his French counterpart spoke by phone Friday to continue their efforts to resolve differences between their countries in the wake of the Australian submarine crisis, while the White House confirmed that Vice President Kamala Harris would visit Paris soon. 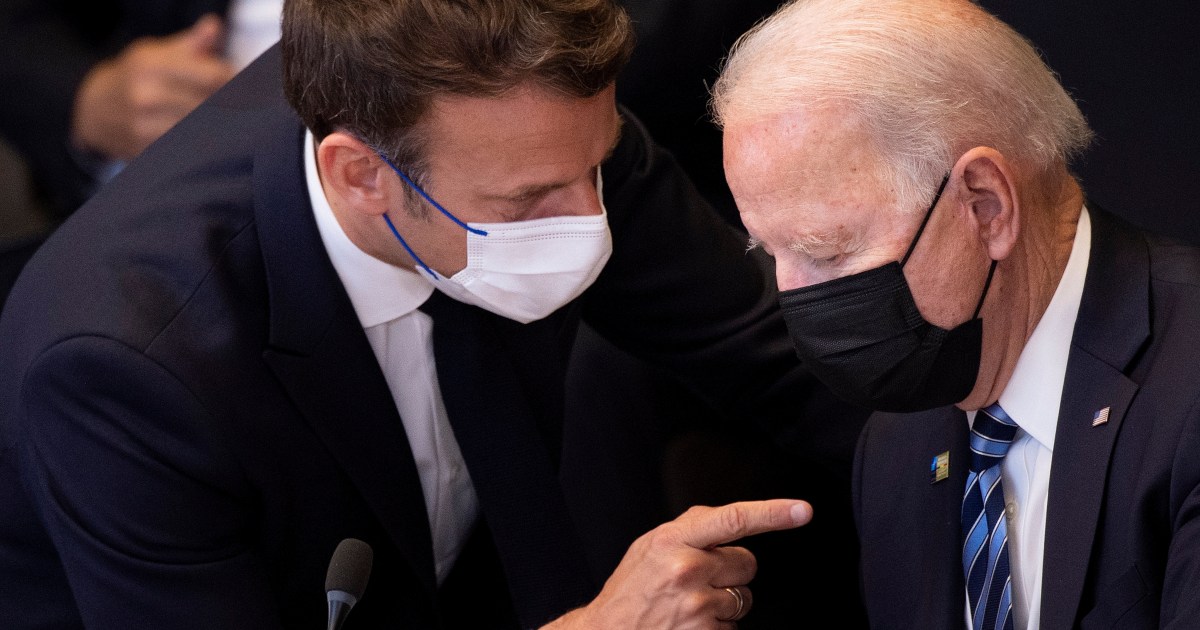 US President Joe Biden and his French counterpart Emmanuel Macron spoke by phone on Friday to continue their efforts to resolve differences between their countries in the wake of the Australian submarine crisis, while the White House confirmed that Vice President Kamala Harris would visit Paris soon.

The two presidents also discussed the necessary efforts to strengthen the European defense force while ensuring the integration of the North Atlantic Treaty Organization (NATO), according to what the US presidency explained in a statement.

Among other topics raised by the two leaders;

The situation in the Sahel region of Africa and cooperation in the Indo-Pacific region, according to the White House.

The phone call comes Friday before a meeting between Biden and Macron during the G-20 summit in Rome at the end of this month, to be followed by the visit of US Vice President Kamala Harris to Paris, which was confirmed by the White House and the Elysee.

Biden said in a tweet that he appreciated the conversation with Macron and looked forward to meeting him in the Italian capital to assess the "many areas of cooperation" between the two countries.

In the same context, the White House announced on Friday that Harris will visit Paris on November 11 and 12, where she will meet the French president.

The call between the two leaders and Harris' visit come as part of the process of re-warming relations between Paris and Washington after the crisis caused by the announcement of a new defense alliance between the United States, Australia and the United Kingdom.

That partnership called "Ocos" angered France because it blew up a huge contract linking it with Australia to supply submarines.

The last contact between the US and French presidents was on September 22, and it was the first since the diplomatic crisis that erupted against the backdrop of the submarine deal crisis.

Against the backdrop of this crisis, Macron summoned the French ambassador to Washington, and French Foreign Minister Jean-Yves Le Drian compared Biden's unilateral approach to the practices of former US President Donald Trump, "but without tweets."

Although Biden did not offer any apology for engaging in secret negotiations to sell nuclear submarines to Australia, he acknowledged that the crisis could have been avoided through "open consultations among allies."

Since that time, US officials have been seeking to restore water to its course with France. US Secretary of State Anthony Blinken visited Paris earlier this month and held a bilateral meeting with Macron.