The fact that customers are connected to subscriptions in connection with discounted product purchases online is a relatively new business approach. This may be the reason why some consumers have misunderstood the concept, says a spokesperson for the sites Pluus.se, Buuks.se and Sayye.se, after complaints from many Swedish and Danish consumers. 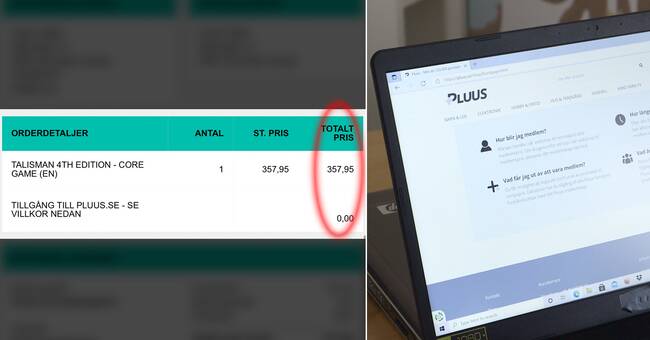 Since 2018, almost 1,600 consumers have complained to consumer authorities in Sweden and Denmark regarding the Danish-owned online stores Pluus, Buuks and Sayve, and their joint customer club.

Recurring in the criticism from consumers is that they did not realize that the payment information provided to do what they thought was a one-time purchase, would also be used for automatic debiting of a monthly fee to the sites' customer club.

- Subscription-based sales are relatively new, and therefore there is a risk that some consumers misunderstand the form of purchase, writes the online stores' administrative director Rasmus Andersen in an email to SVT's consumer editorial Plus.

- Fortunately, we find that our members understand the concept to an overwhelming degree and are satisfied with their subscriptions.

“Trying to be clear”

According to Andersen, attempts have been made in several ways to make it clear to consumers that the discounted prices on the sites presuppose membership in a customer club.

Membership costs SEK 129 per month and according to Andersen, the information on the sites is continuously improved.

In Sweden, the General Complaints Board has in several cases judged that the online stores have been sufficiently clear to customers.

The Consumer Ombudsman has now sued the online stores and wants the subscription agreements to be declared invalid and for both Swedish and Danish customers to be compensated.

The online stores do not want to comment on details of the ongoing court process, but dispute the Consumer Ombudsman's allegations and believe that they follow current legislation.

DON'T MISS: Tip Plus - and chat about problematic online shopping