Pavel Latushko was former Minister of Culture in Alexander Lukashenko's government. After last year's election, he resigned from the government in protest against the police violence that the government subjected protesters to. Today he is in exile in Poland and warns that Lukashenko is now approaching Putin. 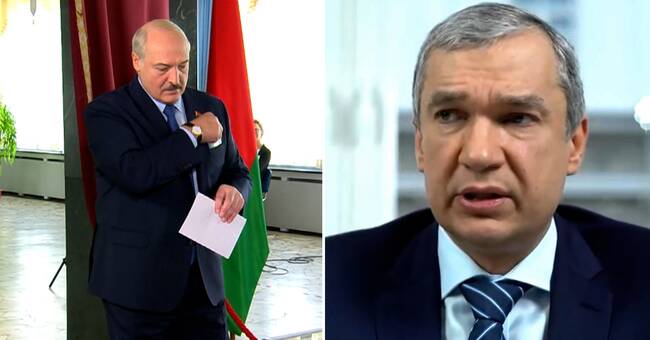 This, in turn, has forced Belarus into closer ties with Russia and Vladimir Putin.

Something that Latushko believes that Lukashenko would have preferred to escape.

He wants control of Belarus in order to gain influence over neighboring countries and the whole region.

Alexander Lukashenko has been president of Belarus since 1994. Last year's election was his sixth in power and, according to the Belarusian electoral authority, Lukashenko received 80 percent of the vote - something many questioned.

Neither the United States nor the European Union acknowledged the result, and tens of thousands of protesters gathered in the streets of Minsk to protest.

One of these was the then Minister of Culture Pavel Latushko.

He left the government after the election and is now part of the opposition movement led by Svetlana Tichanovskaya.

Latushko has known Lukashenko since 1995 and for the Foreign Office he describes the past year's development as extraordinary.

- We have not seen anything like this in Europe since the Second World War.

Sends migrants to the EU

Recently, the EU has accused Lukashenko of luring migrants across the border into Poland and Lithuania, among other places.

This is as revenge for the sanctions that the EU imposed on the Belarusian government after last year's election.

Pavel Latushko believes that Lukashenko's goal is to create a conflict with the EU, something he hopes will lead to increased support among his own people.

- It is an old Soviet strategy, to try to create a conflict against an external enemy.

The goal is for this to lead to the Belarusians uniting around their leader.

However, Latushko believes that the strategy will fail.

- Belarusians are tired of conflicts.