Tehran denied evading the dialogue table.. a quartet meeting in Paris to discuss the resumption of negotiations on Iran's nuclear program

The US envoy in charge of the Iranian nuclear file, Rob Malley, arrives in Paris to hold four-way talks (the United States, France, Germany and Britain) on ways to resume negotiations with Tehran over its nuclear program. 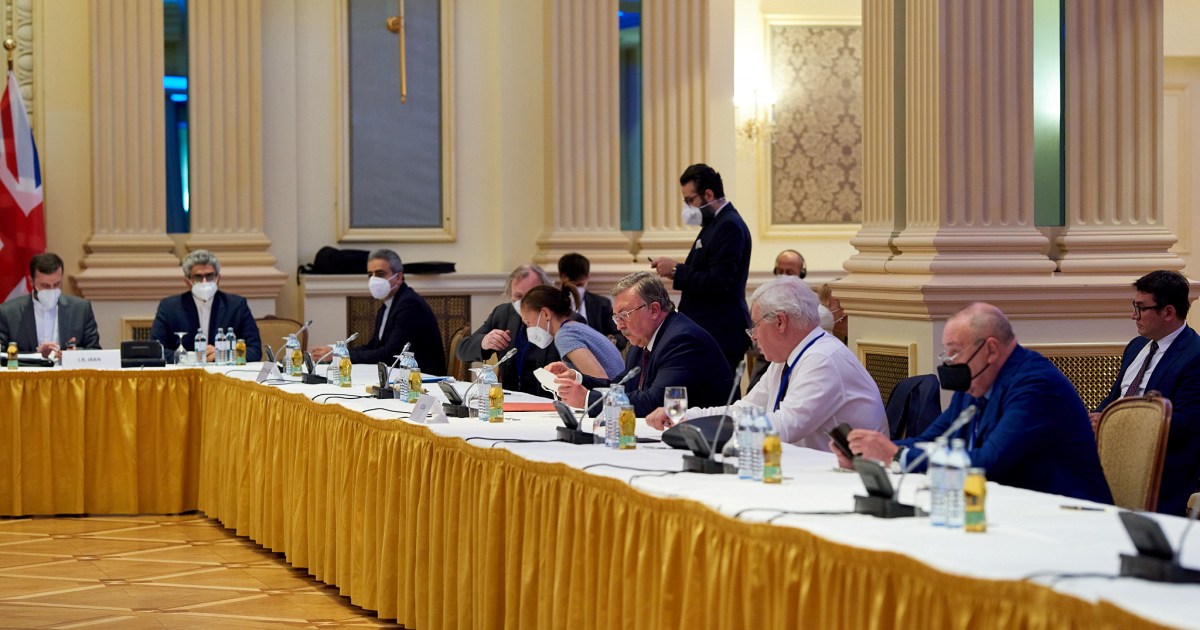 The US envoy in charge of the Iranian nuclear file, Rob Malley, will arrive in Paris today, Friday, to hold four-way talks (the United States, France, Germany and Britain) on ways to resume negotiations with Tehran over its nuclear program.

A US State Department spokesman said that "after consultations with partners in the region, the Special Envoy for Iran, Rob Malley, will meet - in Paris on Friday - with his counterparts in the E3 group," the three European countries concerned with the Iranian nuclear file.

In turn, a French diplomatic source said that a representative of the European Union will also participate in this meeting.

Rob Malley is visiting Paris after a Gulf tour that took him to Saudi Arabia, Qatar and the United Arab Emirates.

The US envoy will visit Paris after the Director-General of the International Atomic Energy Agency (IAEA), Rafael Grossi, on Tuesday expressed concern that he had not been able to meet with senior Iranian officials, in contravention of a September 12 agreement between the IAEA and Tehran.

On that day, the agency reached an agreement with Tehran on a new compromise on monitoring Iran's nuclear program, which revived hope that it could resume talks in Vienna aimed at salvaging the 2015 nuclear agreement.

These talks have been on hold since Ebrahim Raisi was elected president of Iran in June.

The Director-General of the International Atomic Energy Agency also expressed his regret that the United Nations inspectors were not yet able to reach a workshop for the manufacture of centrifuge components at the Tissa complex located in Karaj, near Tehran.

Iran has said repeatedly for weeks that it will return to talks "soon", but has not yet announced a date for the resumption of talks in Vienna on reviving the agreement under which restrictions were imposed on its nuclear program in return for the relief of economic sanctions imposed by the United States.

Former US President Donald Trump withdrew from the agreement in 2018, and re-imposed tough US sanctions on Tehran.

Iranian Foreign Minister Hossein Amir Abdollahian had previously confirmed that his country had told Western countries that it would not evade the dialogue table, and that negotiations related to reviving the nuclear agreement would resume soon and at the appropriate time.

These negotiations began in April in Vienna, between Iran on the one hand, France, Britain, Russia, China and Germany on the other, and these countries are still members of the 2015 agreement on Iran's nuclear program.

As for the United States, it indirectly participated in the Vienna negotiations aimed at salvaging the agreement.

Abdullahian made it clear earlier that the talks with the Europeans started in a positive and constructive direction, stressing the necessity of lifting the US sanctions completely and effectively.

He also criticized what he called "the failure of European countries" to implement their commitments under the nuclear agreement.

The European Union Foreign Minister Josep Borrell has expressed his readiness to receive Iranian officials in Brussels, but at the same time he called on Iran not to waste more time and to return to the negotiating table over its nuclear program.