For hundreds of thousands of Syrian men in exile, it comes as a shock - the demand that those who have not done military service in Syria must pay a special fee corresponding to at least 70,000 Swedish kronor. 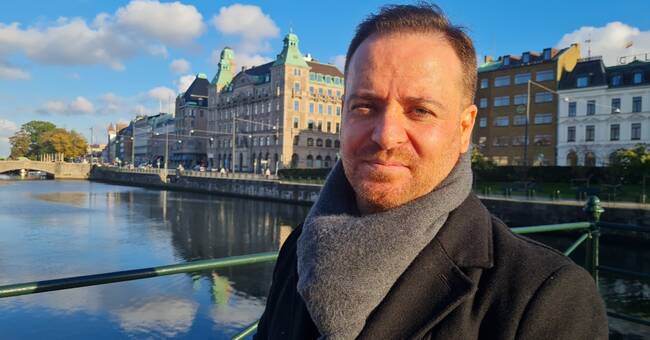 Otherwise, President Bashar Al-Assad's government intends to demand money from their families and relatives in their home country, by seizing assets or expropriating their homes.

After killing and terrorizing its population for ten years, the regime is now on the verge of collapse - and in desperate need of foreign exchange.

I would never have to pay for myself, even if I had the money, says Qais Fares, Syrian journalist in exile in Malmö.

According to the decree from this spring, all Syrian men between the ages of 18 and 42 who have not completed their military service must pay.

In February this year, the Swedish Migration Board announced that the risk of being called up for state military service is a sufficient basis for Syrian men to be granted refugee status in Sweden.

"All conscripts now risk being forced to commit or participate in committing war crimes," wrote the Swedish Migration Agency's acting legal director Carl Bexelius in a comment on the decision.

Payment at the embassy

The Syrian regime's basic fee for those who want to avoid conscription is $ 8,000 and is calculated for each year after the 18th anniversary.

- In Sweden, payment is made at the embassy in Stockholm.

Cash and US dollars only apply.

The harsh sanctions against Syria mean that no banks are dealing with the regime, so the banknotes are flown down to Damascus by embassy staff, Qais Fares says.

When journalists from the international reporter network OCCRP visited the Syrian Stockholm Embassy on three occasions this summer, at least ten people were waiting to have their payments registered at each of the visits.

Member of the Riksdag involved in the issue

SVT Nyheter Skåne has contacted the Syrian embassy in Sweden for comment but the embassy has not responded.

Member of Parliament Hans Wallmark, foreign policy spokesman for the Moderates, has become involved in the issue.

- This is nothing more than a punitive exercise against one's own people.

First you bomb and destroy and drive people into exile, then you have the stomach to conduct extortion, says Hans Wallmark (M).