Parents of children at Prolympiaskolan in Sundsvall received information on Friday from the management that the children at the school have played games inspired by Squid Game, something that the school now distances itself from and decides to ban. Principal Jenny Lagerqvist further develops the school management's reasoning here in the video. 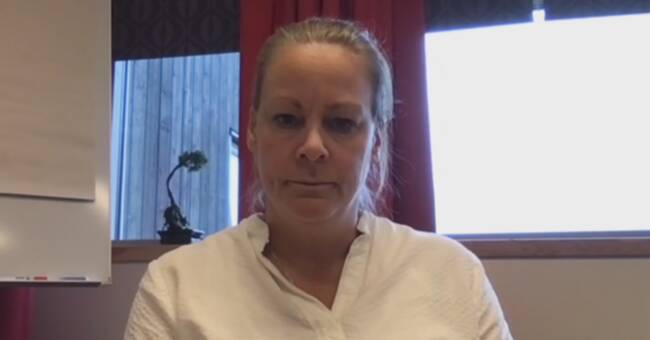 In the information letter, the school announces that they have decided not to approve the form of play where ordinary children's games end with participants who lose pretending to be pushed on the spot - something that has become popular via the Squid game series.

The principal at the school, Jenny Lagerqvist, believes that the games that are not approved at the school are those that contain sequences where participants pretend to die, but if they are played as ordinary children's games, it is not a problem.

No Squid game costume on halloween

- These are quite fun games that are played basically, and there is nothing wrong with most games.

What we do not approve of are games that have a Squid game touch, she says.

In the information letter, the school also announces that students are not allowed to come dressed as any character from the series on Halloween.

Other schools have chosen other ways to go about it.

At Kordelia independent school in Erikslund in Ånge municipality, for example, the school management - from initially feeling anxiety and horror - has turned and now allows Squid game-related games.

- We chose not to ban the games but instead talk to the children about them.

The games can be a good way to process things, says principal Erika Walker.