The police crime scene investigation after the shooting in Sala hill in Uppsala on Monday night shows that two different weapons have been used - so at least two perpetrators are being hunted. 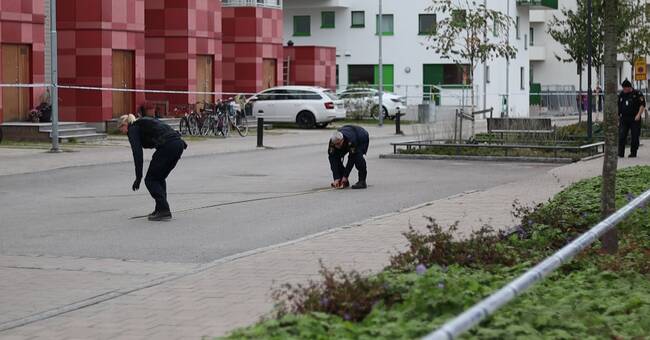 A man in his 20s was injured in the shoulder during the shooting in eastern Sala hill on Monday night.

About ten shots are said to have been fired and now the work of forensic scientists shows that the empty shell casings come from two different weapons.

- There are two shooters.

Now we want to get witness information about the escape route, how they left the place, says Jonas Eronen, press spokesperson at the police.

The police have held a large number of interrogations with witnesses and nearby residents.

- It is about a very fast course of events and it has been messy at the site.

We want to get in touch with those who have seen something unusual, he says.

At present, there is no suspect.

In the clip above, you can see our report from Sala hill the day after the assassination attempt.