Difficult to get an answer from the previous boss - refuses interview

The former head of culture and leisure, Elina Tyrberg, led the work during the years Max Dager granted contributions to his wife's salary and paid invoices to the association Bok- och hav. But how much Tyrberg knew today is difficult to answer. She refuses to be interviewed by SVT. 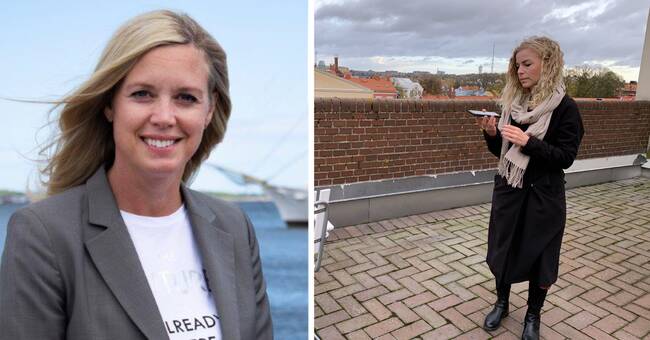 For a month, SVT Nyheter Blekinge has been looking for Elina Tyrberg - now head of the functional support administration - to book an interview with questions about her knowledge of Max Dager's actions and close private connection to the festival management.

It is already clear that Tyrberg gave Dager a written warning in 2019, since he had repeatedly failed in his financial management of various municipal projects.

Now SVT wanted, among other things, to get an answer to what Elina Tyrberg knew about Max Dagers' agreements with the association and whether she knew that he paid a total of just over 1.6 million to the association during the festival's three years.

But despite repeated requests, the former head of the culture and leisure administration does not want to participate in a television interview.

"Hope you understand that I need to have full focus on current assignments.", She writes in one of several emails to SVT.

Instead, she refers to his successor Per Gjörloff - who began his service in Karlskrona on 16 August this year.

Did you know that the municipality covered costs for several hundred thousand in addition to the grants that the association was granted?

“Exactly what amounts do we have different pictures of.

We must be allowed to look at this, which is then done by those who work in the administration.

Some of the costs attributable to these programs were subject to warning.

Have you approved that the municipality covered costs in addition to the grants granted?

See when SVT's reporter tries to get an answer from the newly appointed head of administration Per Gjörloff in the video.