Former US President Donald Trump announced on Wednesday that he will launch his social network "Truth Social" in the first quarter of 2022 to "resist the tyranny of the tech giants ... 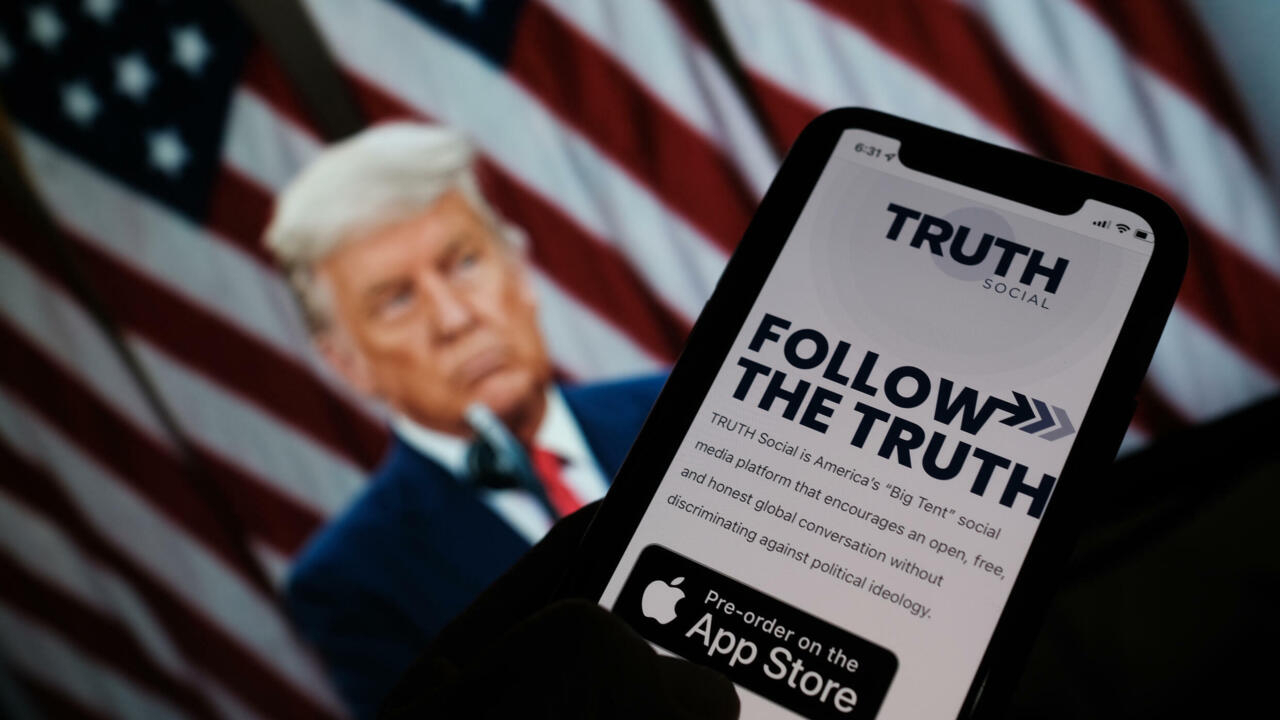 He announced, Wednesday, October 20, the launch of "Truth Social" in the first quarter of 2022. It will first be available in beta by invitation from November 2021, specifies a press release which indicates that the application is already available for pre-order on the App Store.

Through this, the former president wants to "resist the tyranny of the giants of technology", who have "used their unilateral power to silence dissenting voices in America," he said in the statement.

"I am excited to share my thoughts on Truth Social and resume the fight against Big Tech."

"We live in a world where the Taliban have a huge presence on Twitter while your favorite American president has been silenced. This is unacceptable," continues Donald Trump.

An announcement that has already been greeted in a press release by Jason Miller, a former adviser to Donald Trump, now boss of another conservative social network called "Gettr".

The Republican billionaire was ousted from Facebook, Twitter and YouTube after the violent assault on the Capitol by his supporters, during the certification ceremony of the victory of Democrat Joe Biden in the presidential election on January 6.

Twitter then excluded Donald Trump "indefinitely because of the risk of further incitement to violence", cutting him off from his nearly 89 million subscribers.

The sudden ostracization of the head of state had been widely described as "censorship" by Republicans, and generally welcomed by elected Democrats and American civil society.

But in Europe, it had drawn criticism from associations and leaders, including German Chancellor Angela Merkel, worried about the power of technology companies over freedom of expression.

Furious at no longer having access to his favorite megaphone, where he tweeted daily and announced many major presidential decisions as well as thunderous dismissals, the former president had promised the creation of a social network.

He had briefly launched a blog in May, which was in fact only a tab on his site where his press releases were collected, before putting an end to it under the mockery of observers convinced that it was about the network. social promised.

The former president is thinking big with the Truth Social platform.

It will be owned by the newly formed Trump Media & Technology (TMTG), a structure that will also provide video-on-demand service and "non-woke" podcasts, the statement said.

The Trump Media & Technology group will merge with Digital World Acquisition Corp (DWAC) in order to be listed, the statement said.

The DWAC company is a Spac ("Special Purpose Acquisition Company"): a company without commercial activity and whose goal is to raise funds by entering a stock exchange, then to merge with a target company that wishes to be listed, Donald Trump's new group in this case.

DWAC is listed on the Nasdaq index and, according to the press release, Donald Trump's new group would thus be valued at $ 875 million.