Daft Punk, Madonna, Rihanna, Kanye West - the list of superstars who joined Jay-Z's "Spotify killer" was impressive. But, six years later, Spotify remains strong, while Tidal has mostly disappeared from the ballot papers. Now Donald Trump will also take on a market-dominant Goliath: The social media giants Facebook and Twitter. What do his chances look like? 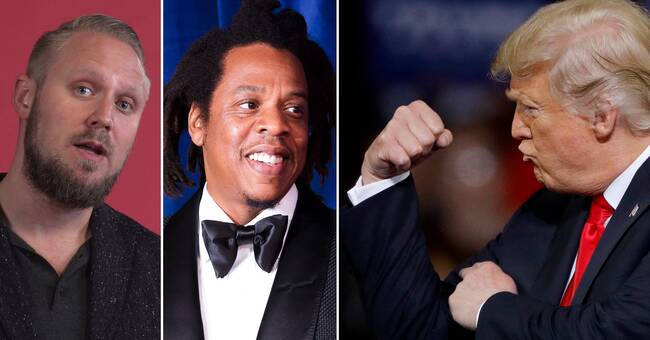 "The Taliban are on Twitter, but your favorite president has been silenced," Donald Trump greeted, and on Thursday morning the ex-president announced that he will launch a new social media platform, called TRUTH Social.

By now, Trump has been banned from Twitter, Instagram and Facebook for quite some time, and rumors about his future on social media have been circulating for at least as long.

The ambition behind the TRUTH Social initiative is to clash with the tech giants and become a major social media player, writes Trump Media & Technology Group (TMTG) in a press release.

The platform will be launched in early 2022, and TMTG also has plans for some type of streaming service, with podcasts and non-woke entertainment.

Trump's strong name is the drag patch, and it is a strong brand in many groups.

But how far is that enough?

In the video above, brand researcher Eva Ossiansson answers the question of how valuable - or useless - a famous name really is in these cases.