The untold story of an unknown explorer... How did history erase the biography of the black seas who "opened" the Pacific Ocean?

University of California history professor Andres Resendes has written the untold story of "Lup Martin," the Afro-Portuguese navigator who was the first navigator to sail from the Americas to Asia and back. 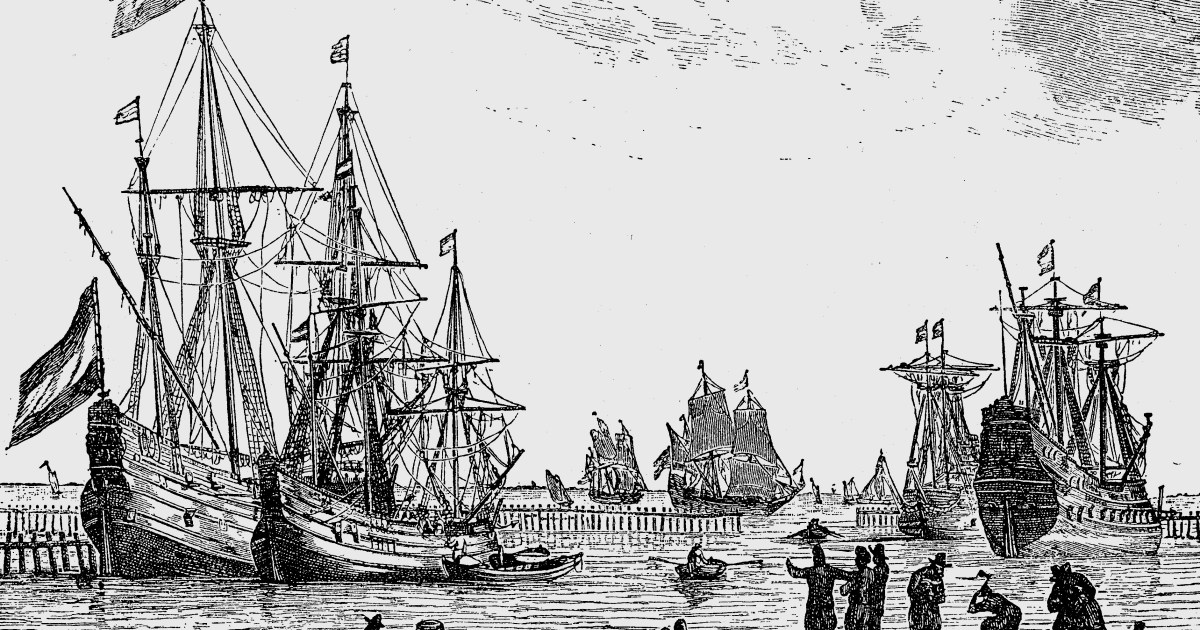 University of California history professor Andres Resendes has written an untold story about Lupe Martin, who was the first navigator to sail from the Americas to Asia and back, and an Afro-Portuguese navigator who sailed from Navidad on the west coast of Mexico in 1564 to the Philippines, and then returned to Navidad in 1565 via The Pacific Ocean.

In his article in the American "Time" magazine, Resendis considered that the navigator Lope Martin (really) opened the Pacific Ocean and accomplished what Columbus did in the Atlantic Ocean, and added that "he was an exceptional navigator, almost ignored by the exploration records, and he who transformed the Pacific Ocean between the years 1564-1565 to a vital space of communication and exchange, weaving all continents together and inaugurating our present world."

And Andres Resendes, now a Carnegie Endowment Fellow and Avid Sailor, is the author of The Other Slavery, a National Book Award finalist whose most recent book is Conquering the Pacific Ocean Navigator Uncharted and The Last Great Voyage and the Last Voyages of the Age of Discovery" was published last September.

In elementary school and later, Resendes says, we were introduced to Christopher Columbus and his pioneering voyage in 1492. About two decades later, European explorers found the Pacific Ocean, which is roughly twice the size of the Atlantic and much more difficult to navigate.

It is known that Polynesian navigators (inhabitants of a large group of scattered islands in the Pacific Ocean east of Australia and western Latin America) were the first to cross the Pacific Ocean from west to east by hopping between islands from the coast of China to the Americas.

The Portuguese Ferdinand Magellan was the first European to go in the reverse direction by sailing from the New World to Asia during his famous circumnavigation of 1519-1522.

But the story of Martin, who was ignored by the records of the explorations, was not yet recognized by the schoolchildren.

Slavery and a cruel life

Martin's ancestors were taken as slaves in southern Portugal.

Although he was a free man, his perilous conditions forced him into the harsh sea life, carrying sacks of flour on board ships or climbing rat lines on the tops of masts.

In an era when the vast majority of naval officers were white European, Martin rose through the ranks to become a licensed pilot, the highest profession a black man could aspire to.

In fact, his skill in sailing was so extraordinary that he was also one of those recruited for a secret, no-expenses-project set up by the Spanish crown to open trade between the colonies of American Spain and the mythical "Orient" as it was referred to at the time.

Martin's story is particularly remarkable because his revolutionary route had nothing to do with courage - though important - but rather with his mastery of the navigation techniques of his day.

The art of commuting and traveling

By the middle of the 16th century, "the art of navigation, as it was called, had become less artistic and more learned. Anyone wishing to become a navigator had to take courses, pass exams, and prove proficiency in mathematics, astronomy, and cartography."

Martin passed all the tests and showed a rare talent.

Skilled navigators of the era could determine the latitude (the distance between north and south) in the mid-ocean by measuring the height of the sun relative to the horizon, using "deviation tables" and performing a few calculations.

The longitude (east-west distance) was much more difficult to determine, and would not be fully possible until the 18th century.

This specialized knowledge made Martin one of the most accomplished figures and the most valuable navigators of his time anywhere in the world.

As a historian, the writer says, "It amazes me that only specialists in the early history of the Pacific ever knew Martin existed," and this may have been caused by the unusual circumstances of his voyage, as the Spanish crown organized an expedition between 1564 and 1565 in complete secrecy.

Instead of leaving from Acapulco, the most famous port on the West Coast of the Americas at the time, the four-ship fleet set out from Navidad, a dilapidated port far north of Acapulco.

Moreover, barely 10 days after leaving the fleet, the smallest and least equipped of the four, which was commanded by Martin, separated from the other ships.

The expedition commander and other leaders of the expedition, who remained in the three great ships, immediately suspected Martin, and accused the black man of "deliberately absenting themselves when the sea was calm and the weather was fine", though a storm had occurred at the time of parting.

Martin continued his mission on a modified boat—unaware that his loyalty had been called into question—and he and his companions reached the Philippines, repaired their boats and traded with the islanders for a month.

After searching for the other ships of their fleet, they finally made the fateful decision to return across the great Pacific Ocean, a task that had never been accomplished before.

In this epic clip, Martin and his comrades have to battle a plague of rats that have gnawing at water barrels and spilling their contents.

They were also forced to patch up the sails every time with pieces of clothing and blankets, and they survived blows that nearly wrecked the ship.

When they finally reached Navidad on August 9, 1565, nearly naked, bearing Asian goods, they were hailed as heroes.

But this beautiful moment of victory did not last more than two months, when the captain of the entire fleet - 14 times larger than the ship on which Martin and his companions sailed - also made the elusive voyage, returning to America guided by a wonderful navigator and a monk named Andres de Urdaneta.

The commander of the expedition had remained in the Philippines to establish a Spanish base in Asia, but his representatives on the main ship wasted no time in accusing Martin of absconding.

The accounts of later historians, polluted by this controversy, portrayed the Afro-Portuguese navigator as a pirate and credited Urdaneta.

We can therefore say that both Martin and Urdaneta succeeded independently, but one of them enjoyed this glory while the other was secretly condemned to be hanged for his meritorious services.

It was the last chapter of Martin's brilliant life that made him excel, by a spectacular rebellion against the captain of the ship that carried him until his death, and Martin probably spent his last years as captain of a small European contingent in Micronesia.

Martin was indisputably the first to "unlock" the Pacific, allowing plants, animals, products, and ideas to begin flowing across a great ocean.

After his voyage the great Spanish sailing ships continued, for two and a half centuries, sailing every year across the Pacific, taking silver to Asia and bringing back Chinese silk and porcelain, slaves and spices from Southeast Asia from as far as the Indian subcontinent.

By the end of the 18th century, American merchants began building on these earlier connections across the Pacific to launch their own businesses.

With the collapse of the Spanish Empire in the Americas in the early 19th century, American ships replaced the old Spanish sailing ships, according to an article by a University of California professor of history for Time magazine.

Thereafter, the United States would go on to control Guam (an island in the western Pacific Ocean) and the Philippines (early Spanish centers), open up direct trade with Japan and China and establish a vast network of transoceanic interests that reshaped the world.

And the center of gravity of the world is constantly moving towards the Pacific Ocean, so it is necessary to understand how it all began.

It began not with the legendary voyages of Captain Cook, as is often assumed, but centuries earlier with a character completely erased from the record of history.