Donald Trump's social network, Truth, has been launched with a massive hack. Truth isn't actually operational yet, but in the hours after its announcement ... 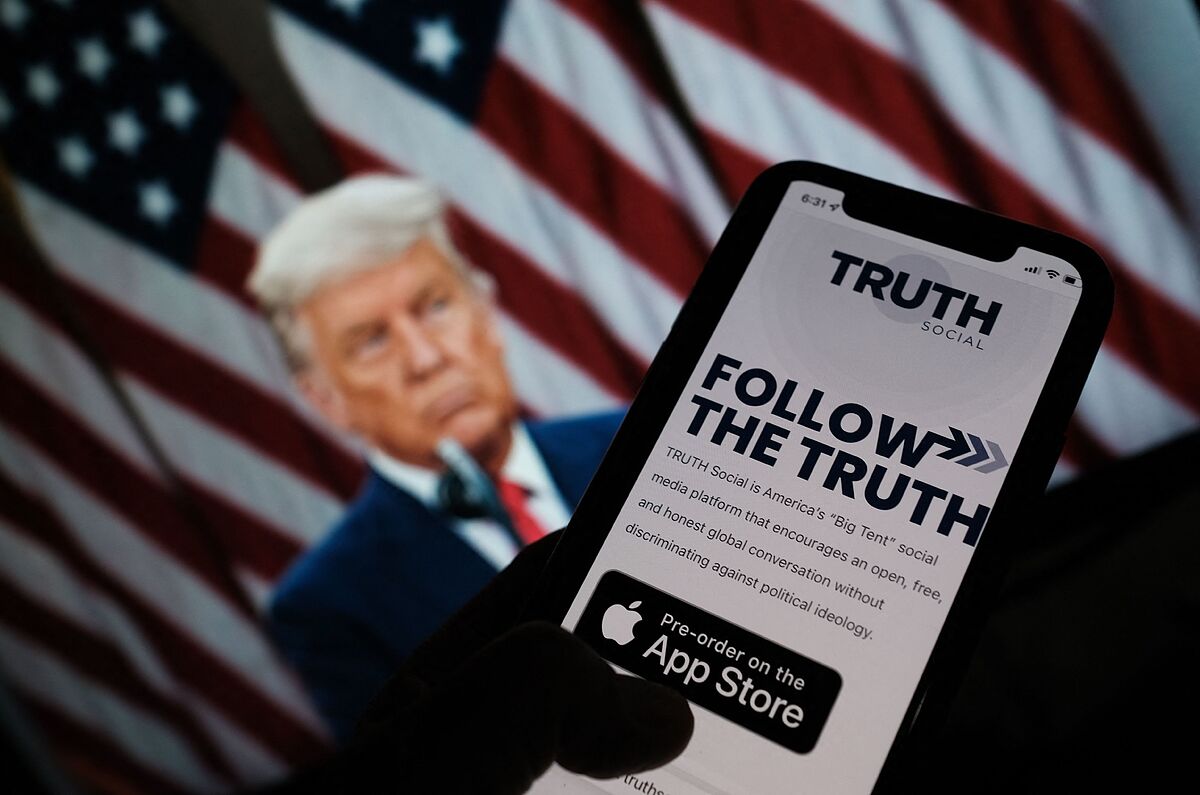 Donald Trump's social network, Truth, has been launched with a massive hack. In reality, Truth is not yet operational, but in the hours after its launch announcement, netizens have managed to access it through another online address and have caused havoc. The editor of the technology website 'The Daily Dot',

, has signed up for Truth under the name 'donaldtrump', while

of the 'Washington Post' has signed up with the name 'mikepence', which It is the one who was vice president with Trump. A few hours after those mischief occurred, the link that allowed to enter the social network was deleted. Presumably, those false names will also be removed.

Truth is part of the former president's new company, Trump Media & Technology Group. If there are no more bugs, the platform will start working in 'beta' - that is, experimentally - next month, and

will only admit members by invitation

, although it plans to be fully operational in the first quarter of 2022. Its announcement arrives ten and a half months after Trump was expelled from Facebook, YouTube, Twitter, Reddit, and the other major US social networks.

Much in the vein of Trump's business track record, its launch announcement has been marked by bombastic rhetoric and a lack of detail. The first is evident in the objectives of the platform:

"Create an alternative to the consortium of left-wing media"

and "fight against the tyranny of 'Big Tech'", which is the name given to the big technology companies in Silicon Valley (paradoxically , in the 'Big Tech' there are some big Trump funders, like Facebook board member

). The Truth functionalities will be the usual ones in the other social networks.

The details run out, however, when talking about the business model. Trump Media & Technology Group has not explained where it will get revenue from. It has said that it will go public through a merger with SPAC ('Special Purpose Acquisition Company', also called 'blank check company') DWAC. SPACs have become one of the most used instruments to go public in the US since Covid-19 arrived. They are companies that go public without any activity, but that commit to their shareholders to carry out one or more acquirers in a period that is normally two years. So what DWAC would do is merge with Trump Media & Technology Group.

Donald Trump's popularity with his base, and his ability to attract audiences, may be the keys to the initiative's success. In fact,

DWAC shares were up an incredible 50% yesterday after the announcement

, possibly due to the influx of small investors who are sympathetic to Trump.

Announcements for financial products are typically accompanied by a tagline like "

In Trump's case, the phrase should be backwards: "Past failures do not mean future disasters."