From gymnast to party leader - already as a young man Ulf Kristersson wanted to be the best. Now his old club friend Thomas Molin reveals how he deliberately missed in a competition for the M-leader to advance to the regional final of the 70s. - I have never told him, says Thomas Molin in Politikbyrån. 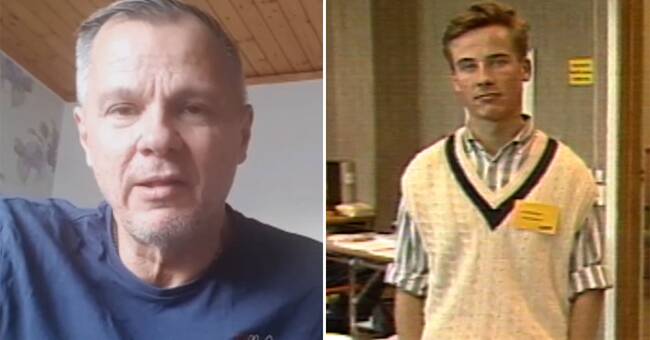 In the 70s, Ulf Kristersson competed for Eskilstuna gymnastics association.

He did it both individually and as a team gymnast.

A prestigious children's and youth competition in Sweden in the 70s was in the 70s.

Ulf Kristersson competed in it individually and had his sights set on going far.

Ulf Kristersson in an article from Eskilstuna-Kuriren in 1977.

In an interview in SVT's Politikbyrån, club friend Thomas Molin and his father Anders Molin, who was also Ulf Kristersson's coach, now talk about the M-leader's fighting joy, determination - and about how Thomas secretly performed worse for Ulf Kristersson to get a higher point.

- We were in Katrineholm and competed and they knew he wanted to move on, so I deliberately missed in one or two tools so that he would get a higher score than me so that he went on, says Thomas Molin.

See the whole week's episode of Politikbyrån - "Nya maktpartiet" -, which is about how far M is willing to go in cooperation with SD, here.