Sudan..Calls for mass demonstrations Thursday, and the debate escalates between the "Freedom and Change" camps 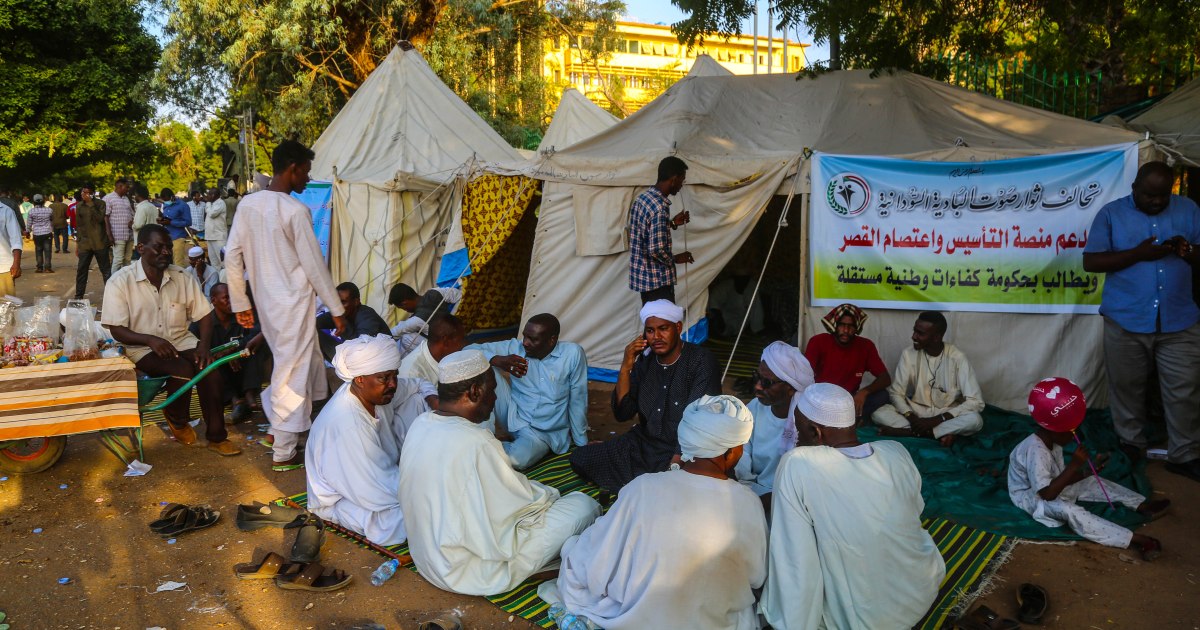 In a letter he sent to Hamdok, the Central Council of the Forces of Freedom and Change demanded the reform of the Sovereignty Council and the transfer of its presidency to the civilian component in accordance with the constitutional document.

The Council called for separating the file of evaluating the partnership and reforming the transition institutions, on the one hand, with a dialogue on it between the forces of freedom and change and the military component, and the file of completing and promoting reforms within the forces of freedom and change, on the other hand, provided that dialogue takes place with the two "Sudan Liberation Movements" - Minawi's leadership" and "Justice and Equality".

The Central Council of the Forces of Freedom and Change stressed that the solution to the issue of eastern Sudan is under the jurisdiction of the executive authority.

Among the other most prominent demands of the Central Council, reform the government and the judicial apparatus and support the committee to dismantle the "June 30 system".

Meanwhile, supporters of the Forces for Freedom and Change, the National Charter group, continue their sit-in in front of the Republican Palace in the Sudanese capital, Khartoum, for the fourth day in a row.

Hundreds of demonstrators also came out in different neighborhoods in Khartoum and Omdurman, chanting slogans calling for the civil state and the removal of the military from power.

On Monday, the security forces used tear gas to disperse a group of protesters who arrived in the vicinity of the Council of Ministers headquarters in Khartoum, but things quickly returned to calm.

The new group accuses the "Forces of Freedom and Change - the Central Council" of seeking to monopolize power by excluding the rest of the civil currents in the country.

In this context, the National Consensus Alliance (which includes left-wing forces and is the second largest coalition in the ruling coalition), called for mass demonstrations tomorrow, Thursday.

Member of the Sovereignty Council, Muhammad Hassan Al-Taishi, said that the demonstrations scheduled for Thursday will confirm commitment to the principles of the December revolution, foremost of which is the commitment to the constitutional document.

Al-Taishi added in a tweet on Twitter, that the expected demonstrations come to link tightly between building a single national army and a full democratic civil transition, stressing that they will not allow a return to any form of tyranny again.

For his part, Sudanese Minister of Cabinet Affairs Khaled Omar Youssef said that the political situation in Sudan is critical and delicate, and that the country is going through several transitions, not one transition process.

During his meeting with the British Foreign Minister for Africa, Vicky Ford, in Khartoum, the Sudanese minister stressed that the challenges are the need to reform the security sector and complete the building of transitional institutions.

The challenges also include, according to Youssef, repairing economic distortions, saving the Juba Peace Agreement, protecting civilians, reforming the civil service, and making Sudan's role in the region a success.

For her part, the British official said that London stands firmly behind the democratic transformation in Sudan.

In Washington, the US Senate Appropriations Committee published the fiscal year 2022 draft.

The text prohibits any military aid to Sudan without the consent of the civilian component of the Sudanese transitional government.

The project limited aid to the Sudanese army in areas such as international and vocational military education or in implementing the Juba Peace Agreement or any other applicable peace agreement in Sudan.

Senior officials requested - again - the intervention of a major country to solve the crisis.

How long will countries interfere in Sudan's internal affairs?

How long will Sudan be an open arena for agendas and external influence?

What did the revolution offer when the country is still completely under the influence of the outside world?

Why escaping from discussing the crisis among the Sudanese to solve it radically?

For weeks, tension has escalated between the military and civilian components of the transitional authority, due to criticism by military leaders of the political forces, against the background of thwarting a coup attempt last September 21.

On March 7, 2020, the head of the Sovereign Council, Abdel Fattah Al-Burhan, announced a project to restructure the army and the Rapid Support Forces (affiliated with the army).

On Monday, the Sudanese Cabinet announced that it had decided in an emergency session to form a joint crisis cell from all parties to address the current crisis in the country, and to commit to urgent agreement on practical solutions aimed at immunizing, protecting and stabilizing Sudan.