Morgan Johansson: "The state can not solve all problems for the municipalities"

Many municipalities are unable to help defectors from criminal gangs and demand more national support. But Morgan Johansson (S) rejects the criticism. - These municipalities also have a responsibility themselves, he says. 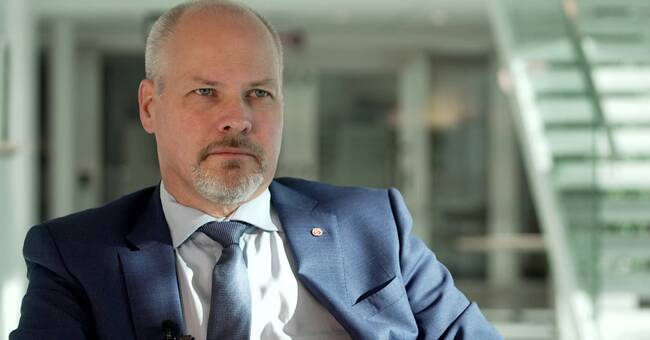 In the government's 34-point program against gang crime, which was presented in 2019, one of the points was to develop a national defector program.

Four authorities were commissioned to investigate the issue and were motivated by the government that "more efforts are needed to motivate people to drop out, different actors need greater knowledge about this target group and the opportunities to receive support need to be equal across the country."

But so far it has not become a national program.

Instead, a temporary national coordinator has been appointed, Stefan Strömberg, who for a year will work to disseminate information and get authorities and municipalities to cooperate better.

He has SEK 30 million at his disposal.

At the same time, four authorities will continue to investigate the issue until 2024.

Why have you gone from talking about a national defector program to a coordinator?

- This is very more operational, programs are just a text on a piece of paper.

We have raised the level of ambition rather than lowered it, says Minister of Justice Morgan Johansson.

But several of the municipalities that SVT has spoken to do not agree.

They say they expected more than that from the post-government initiative in connection with the 34-point program.

- 30 million is absolutely nothing for this. It is a piss in the Nile in pure Swedish, says Göran Gredfors (M), chairman of the social committee in Eskilstuna.

"The state can not solve all problems"

Morgan Johansson has found it difficult to understand the criticism from the municipalities.

Here you should use the very large municipal resources that exist today, and it should be a high priority in municipalities where you have a problem like this.

And he is clear that the national program to which the municipalities can refer defectors will not be.

- The state can not solve all problems for the municipalities.

Where there is a commitment, where things happen.

Where there is no commitment, well then you sweep stuff under the rug.

And I simply do not want to see that, says Morgan Johansson.