Colin Powell received the Corona vaccine, then contracted Covid-19 and died.. What is the explanation?

Yesterday, Monday, former US Secretary of State Colin Powell died of complications from infection with the emerging coronavirus, Covid-19, although he had received the anti-vaccine, so how did he die from the virus? 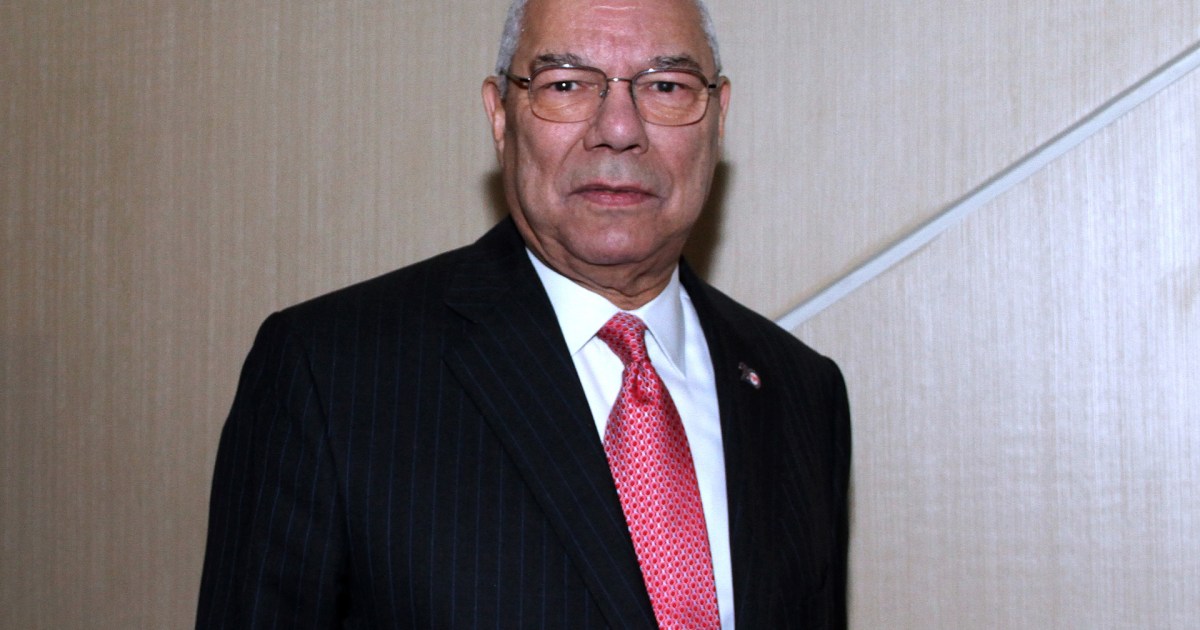 Yesterday, Monday, former US Secretary of State Colin Powell died of complications from infection with the emerging coronavirus, Covid-19, although he had received the anti-vaccine, so how did he die from the virus?

This question has been discussed by many, and some saw in what happened evidence of the ineffectiveness of Corona vaccines, so what is the truth?

Powell died at the age of 84, and was Chairman of the Joint Chiefs of Staff under the administration of US President George HW Bush during the 1991 Gulf War when the United States expelled Iraqi forces from Kuwait.

Later he took over the State Department under President George W. Bush.

The short answer is that Powell died of corona despite receiving the vaccine because he was suffering from a type of leukemia that reduces the effectiveness of vaccines.

He is also elderly, which is a risk factor for severe Covid-19.

Infectious disease experts stress that Powell's death does not mean that the Corona virus vaccines do not work, as Corona vaccines are very effective, and they reduce the risk of hospitalization or death.

Did Powell receive the Corona vaccine?

The answer is yes, as his family said that he had received a full vaccination against the Corona virus, according to a report in the American “CNBC” network.

The term full vaccination means that the person has developed complete immunity, and this means that 14 days have passed since receiving the second dose of the vaccine, which consists of two doses such as “Pfizer-BioNTech” and “AstraZeneca-Oxford” and “ Moderna and Sinopharm, or a single-dose vaccine dose such as Johnson & Johnson, according to the US Centers for Disease Control and Prevention.

Was Powell suffering from other illnesses?

The answer is yes. Powell had multiple myeloma, a type of blood cancer.

Peggy Severino, who served as Powell's chief of staff for a long time, had stated that he also had Parkinson's disease, according to CNN.

Why did Colin Powell die despite the vaccination?

Powell contracted a so-called "breakthrough infection", which occurs when a person who has been fully vaccinated with corona is infected with the virus.

Colin Powell was elderly, and this is one of the risk factors for severe COVID-19.

A study published in the journal Leukemia found that only 45% of patients with active multiple myeloma developed an "adequate" immune response after vaccination with either the Pfizer-Biontech or Moderna vaccines.

Even if they are fully vaccinated against COVID-19, those who are immunocompromised are at greater risk from the virus.

Health experts say it's important to note that no vaccine is 100% effective.

"The goal of a vaccine is to significantly reduce the likelihood of you suffering, hospitalization or death, but it does not eliminate it," said Dr. Paul Offit, who advises the US Food and Drug Administration on Covid vaccines.

Offit added that in Powell's case, he was over 80 years old and had cancer, which made him more susceptible to severe Covid-19.

US regulators say a third dose of the vaccine could help these people produce a better immune response.

Last August, the US Food and Drug Administration allowed a third dose for people with weakened immune systems who received the Pfizer or Moderna vaccines.

The regulators also allowed Pfizer booster doses for people age 65 and older and other seniors at risk.

He was due to get a booster shot last week, but that was when he got sick and couldn't receive it.

"While Powell was fully vaccinated, he also had multiple myeloma, a cancer that suppresses the immune response," said Dr. Gwen Nichols, chief medical officer of the Leukemia and Lymphoma Society. for the body".

"Multiple myeloma is not curable...so his illness and age have made him more vulnerable to infection, complications and death," he added.

"Everyone who transmitted the virus to him may not have had symptoms, but they gave him a disease that he could not fight despite the vaccination," Nichols said.

He explained that this death does not prove the futility of vaccines, but rather - confirms the importance of vaccinating everyone to protect the most vulnerable groups in society.

Infectious disease experts stress that Powell's death does not mean that the Corona virus vaccines do not work.

“The anti-vaccine movement may be trying to use this death to undermine confidence in the vaccine,” said Dr. Amish Adalja, a senior researcher at the Johns Hopkins Center for Health Security, in Baltimore, US. “It is important to remember that Colin Powell was 84 years old, and he was suffering from Certain other medical conditions. That is why we recommend the use of boosters in this age group."