A US parliamentary commission of inquiry ruled on Tuesday in favor of legal proceedings for "obstructing the work of Congress" against Donald Trump's former adviser, Steve Ba ... 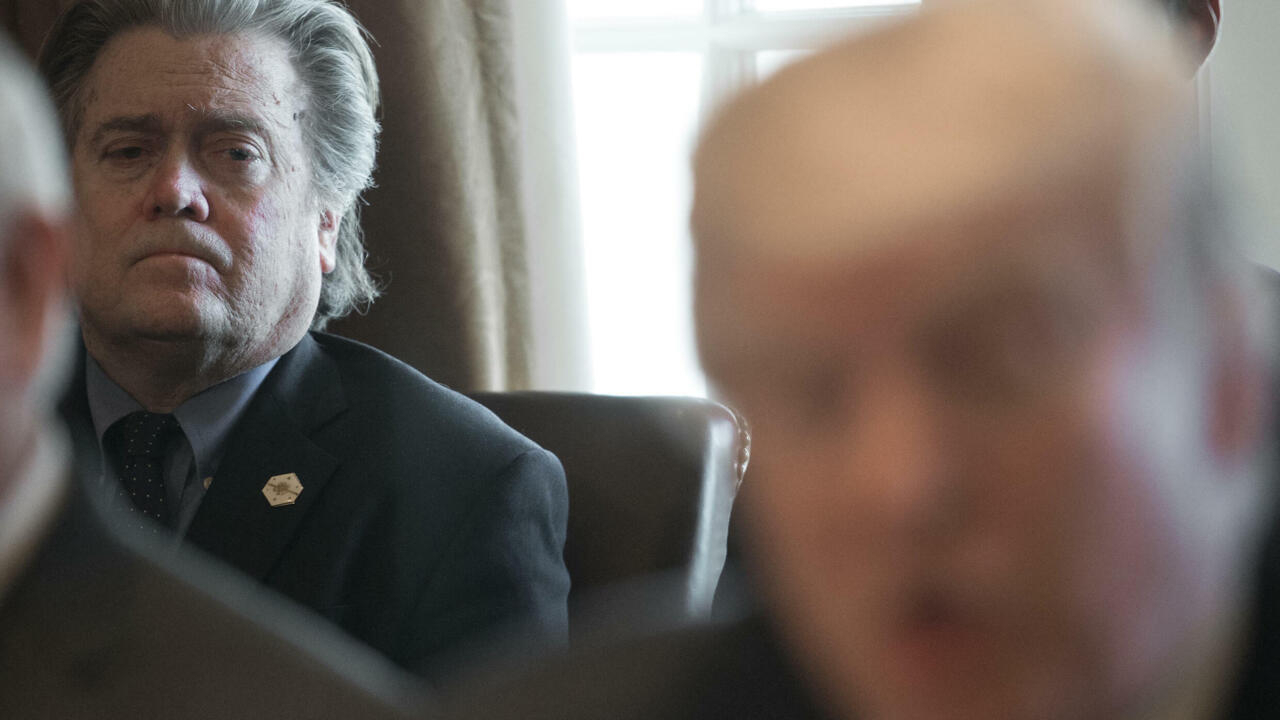 The appeals are multiplying to force Steve Bannon to participate in the investigations into the assault on the Capitol on January 6.

A US parliamentary commission of inquiry ruled on Tuesday, October 19, in favor of legal proceedings for "obstructing the work of Congress" against the former adviser to Donald Trump who refuses to testify.

"Steve Bannon will comply with our investigation, or he will face the consequences," said Democrat Bennie Thompson, who heads this commission criticized by Donald Trump and his allies.

"We cannot allow anyone to stand in the way of the work of the special commission while we work to establish the facts. The stakes are simply too high," he added before a unanimous vote of the nine members in favor of prosecution.

Steve Bannon was summoned Thursday before this special committee of the House of Representatives which is investigating the role of the former Republican president in the attack by his supporters against the seat of Congress on January 6, when elected officials certified victory of Joe Biden in the presidential election.

But he didn't show up before the elect.

A recommendation submitted to the House of Representatives

This recommendation of the commission of inquiry will be voted on in plenary session in the House on Thursday, said Democratic majority leader Steny Hoyer.

"We have to shed full light on the January 6 attack" and Steve Bannon "owes his country to testify," he said.

If elected officials approve, the complaint will be forwarded to the Department of Justice, which will decide whether to indict Steve Bannon.

In theory, he could face up to a year in prison.

Steve Bannon, 67, was one of the architects of Donald Trump's successful presidential campaign in 2016 before being pushed out by the Republican billionaire.

In the last days of his mandate, the president granted him leniency, ending the prosecution for embezzlement.

Even though he did not hold any official post on Jan.6, he appears to have spoken about the Jan.6 protest with the president in the days leading up to the assault, according to the commission.

In addition to this adviser, four other relatives of Donald Trump have received summons from the special commission, demanding documents or their testimony.

The former president asked them not to comply, invoking the right of the executive to keep certain information secret.

But for Democrats, this prerogative only applies to the incumbent president.

The legal debate should take place in the courts and could slow down the work of the commission.