Will the UK supply chain crisis last until 2022? High inflation looms over the U.S. economy

Chinanews, October 19th, a comprehensive report that continuing supply chain problems are affecting the economies of many countries. Data released by the Federal Reserve on the 18th showed that in September, US factory output fell the most in seven months, while upward pressure on prices continued. Economists predict that disturbingly high inflation will continue to envelope the US economy.   I 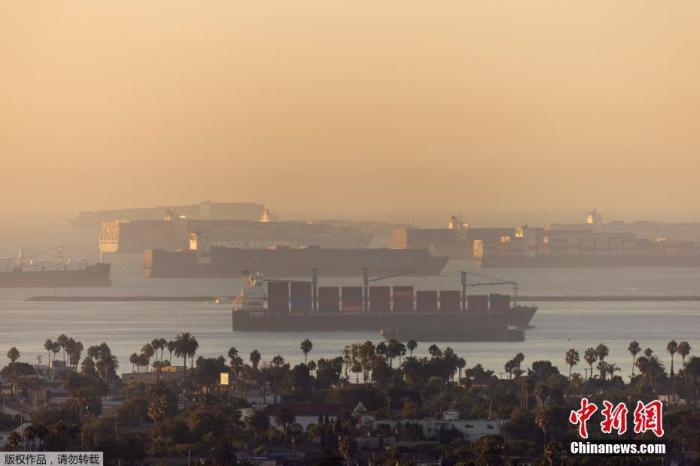 Chinanews, October 19th, a comprehensive report that continuing supply chain problems are affecting the economies of many countries.

Data released by the Federal Reserve on the 18th showed that in September, US factory output fell the most in seven months, while upward pressure on prices continued.

Economists predict that disturbingly high inflation will continue to envelope the US economy.

In the UK, the shortage of more than 100,000 truck drivers is affecting the Christmas season. British people may not be able to buy toys, Christmas trees, turkeys or even candy this Christmas.

Analysis believes that the supply chain problems will last at least one year.

Data map: On September 22, local time, the ports of California, Los Angeles and Long Beach set a record of congestion, and many cargo ships lined up for passage.

Fed data shows that after a 0.4% drop in August, the US factory output fell 0.7% month-on-month in September, the largest decline since February this year, and it was worse than economists had expected.

Despite the strong demand for products from companies and consumers, the shortage of manufacturing materials and skilled labor has caused a large backlog of factory orders.

According to data from the Department of Labor, the number of jobs currently open to recruitment in the manufacturing industry is close to historical highs.

From the perspective of product categories, the main source of dragging down the factory's total production is automobiles and parts.

Affected by the shortage of global chip supply, the total production of automobiles and parts in the United States fell by 7.2% month-on-month in September this year. This month-on-month decline in August also reached 3.2%.

The Wall Street Journal’s survey of economists shows that because the suppressed supply chain has maintained upward price pressure and its inhibitory effect on output has intensified, it is disturbing for a long period of time from now to 2022. High inflation will continue to envelope the US economy.

These economists’ forecasts for inflation have risen sharply from July, while their expectations for short-term economic growth prospects have fallen.

Assuming that inflation in October and November is similar to that in December, it will set a record for the longest time since the beginning of 1991 that inflation has remained above 5%.

Data map: On September 29, 2021, local time, London, England, people continued to line up to refuel, and many gas stations were already running out of gas.

[The UK supply chain crisis will continue until April 2022?

In the UK, the supply chain crisis continues to ferment.

The owner of “House of Spells”, a London shop selling Harry Potter products, said that the first is Brexit, and then the impact of the epidemic, which has affected the production and transportation of toy manufacturers. Now all The Harry Potter merchandise store's inventory has almost been emptied, and it is difficult to restock.

British people may not be able to buy toys, Christmas trees, turkey or even candy this Christmas.

In the past few weeks, many major supermarket chains in the UK have seen empty shelves.

According to a survey conducted by the Office of National Statistics (ONS), in the two weeks ending October 3, as many as 9 million people in England, Wales and Scotland were unable to buy essential food due to lack of stock in supermarkets.

The analysis pointed out that the shortage of more than 100,000 truck drivers in the UK is one of the biggest reasons for this supply chain crisis.

Affected by the shortage of drivers, major retailers and ports have severely hampered the transportation work.

At the Port of Felixstowe, which is responsible for nearly 40% of the container traffic in the UK, there is currently a large backlog of cargo but no one has taken it away.

The study pointed out that if the transportation problem is not resolved, the UK will delay delivery of online orders worth 1.5 billion pounds this Christmas.

According to Reuters, a survey of the chief financial officers of top UK companies released on the 18th revealed that supply chain problems will last for at least one year.