The US State Department said that Washington will continue to impose sanctions on Tehran until it returns to compliance with the nuclear agreement, while the Iranian president stressed that his country wants negotiations to return to the agreement with real results. 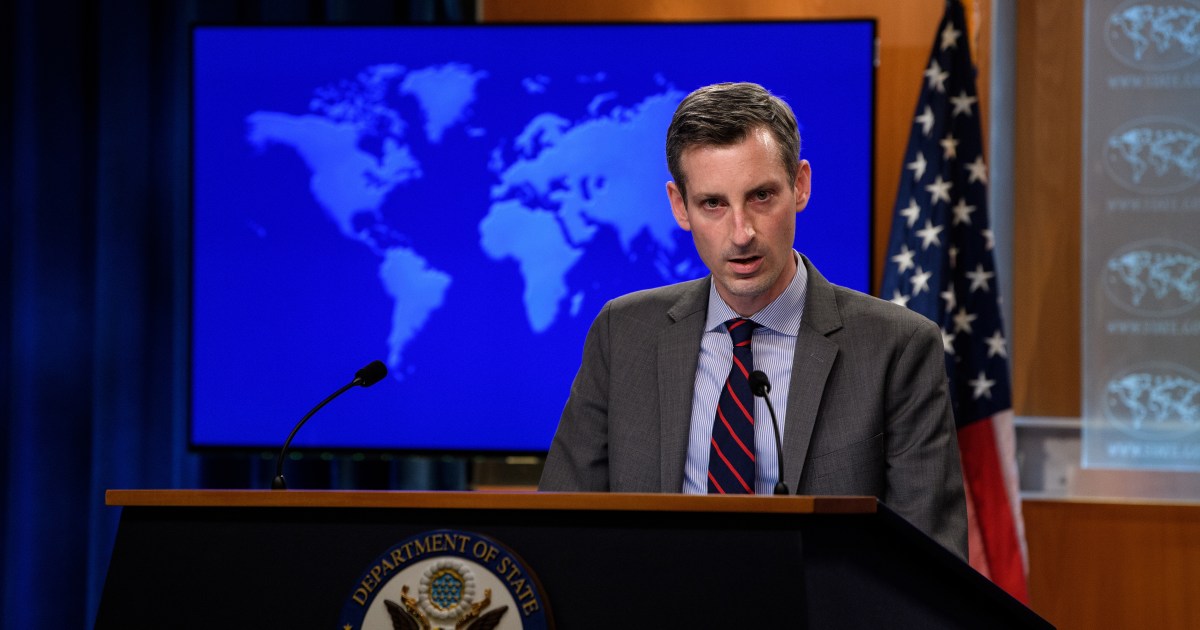 The US State Department said that Washington will continue imposing sanctions on Tehran until it returns to compliance with the 2015 nuclear agreement, while Iranian President Ibrahim Raisi stressed that his country wants negotiations to return to the agreement with real results, while the European Union said that it will not hold talks on Thursday with Iran. regarding the agreement.

US State Department spokesman Ned Price stated that the sanctions imposed on Iran "will remain in place unless Tehran chooses the path of diplomacy and a return to mutual commitment to the nuclear agreement." The spokesman added that the messages and actions sent by Iran so far are not reassuring.

The US State Department spokesman said that if diplomacy with the Iranians fails, his country is ready to resort to other options, which are being addressed in intensive consultations between Washington and its allies and partners in the region.

According to the same spokesman, there is no need for Iran to meet separately with European Union representatives in Brussels as requested by Tehran, stressing that what is required is "the resumption of the seventh round of Vienna negotiations as soon as possible, and not an intermediate step in Brussels."

For his part, the Iranian president said that his country is committed and serious about conducting fruitful negotiations that achieve real results, and that the opposite party must also be serious. In an interview with Iranian state television, Raisi stressed that his country will not mortgage its economy to the results of nuclear negotiations.

The Iranian president said that "lifting the unjust sanctions on Iran may be indications of the seriousness of the other side," adding that his country is serious about negotiations to revive the nuclear agreement.

Ibrahim Raisi has so far refused to resume indirect talks with the United States in Vienna before it returns to comply with the provisions of the agreement, under which Tehran restricted the activities of its nuclear program in exchange for easing economic sanctions, but the administration of former President Donald Trump unilaterally withdrew from it in 2018.

No meeting on Thursday

In a related context, the European Union's foreign policy coordinator, Josep Borrell, said yesterday, Monday, that it is not expected to hold any meeting with the Iranians on Thursday in Brussels regarding the resumption of talks on the nuclear file, after Tehran announced a visit to Iranian negotiator Ali Bagheri to Brussels after tomorrow.

"The talks should be held in Vienna, at a date that has not yet been determined," the European official said. "I told the Iranians that time is running out and that it is not in their interest."

Josep Borrell briefed the foreign ministers of the European Union yesterday on the talks of European Enrique Mora in Tehran with the negotiating team of the new Iranian government, and his meeting in Washington with US Secretary of State Anthony Blinken, adding that the Iranians are still not ready to resume the Vienna talks, and they want clarifications on the text presented. At the negotiating table, they seek to hold bilateral contacts with the signatories to the nuclear agreement.

It is noteworthy that the signatories to the agreement are Iran on the one hand, and China, the United States, France, Britain, Russia, Germany and the European Union on the other.