Heavy | Zhang Yunling: Why is there no death in globalization and no "Thucydides trap"? 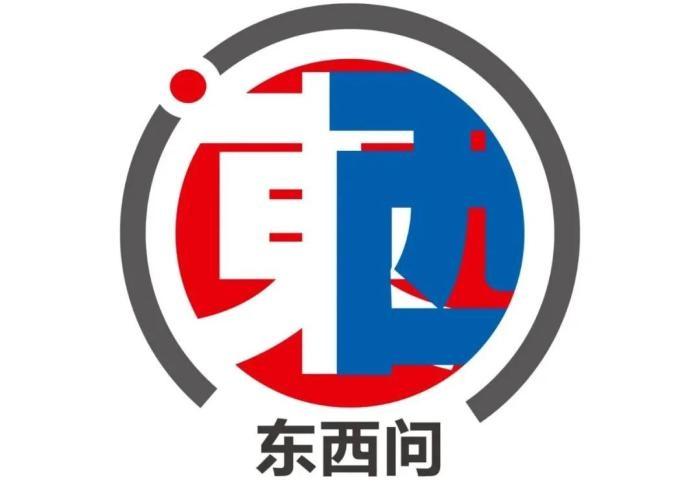 (Essential questions) Blockbuster|Zhang Yunling: Why is there no death in globalization and no "Thucydides trap"?

China News Service, Weihai, October 19th, title: Why is there no death in globalization and no "Thucydides trap"?

The world today is facing major changes unseen in a century. Under these changes, there are both challenges and opportunities.

The new crown pneumonia epidemic is raging around the world, adding "uncertainty" to today's world full of uncertainty. How to explore the context and way out of the chaos and chaos?

Will the transfer of power happen?

China News Agency reporter: What do you think of the "globalization is dead" that some people put forward?

Some people think that globalization is dead.

I believe that globalization has not died, but has entered a new adjustment period.

Some problems have arisen because of globalization.

Interdependence, opening to the outside world, industrial chains, and supply chains are conducive to the division of labor and participation, and are conducive to economic efficiency and growth. However, excessive decomposition and excessive migration can lead to imbalances.

For example, a large number of external migration will lead to the "hollowing" of industries, that is, when industries are migrated out, if there is no new industry to replace them, the original industrial belt will decline.

The adjustment and transfer of industrial structure is necessary, but it needs the support of industrial policies to promote the development of new industries and fill the "hollow."

The Chicago area, like the United States, is a base for traditional industries. After the transfer of industries, there is no replacement and renewal. It has become a declining "rust zone", where the voice of anti-globalization is louder.

The second is the safety issue of development.

Economic theory believes that the longer the supply chain, the better, and the fine division of labor improves efficiency. However, as soon as the epidemic broke out, there was a problem of supply interruption.

The first to be impacted is the automotive industry and electronic products. These industries have the most detailed industrial chains.

Under such circumstances, companies and governments have begun to reflect and cannot rely on the outside for everything.

To guarantee basic supply, there must be core guarantees. To this end, enterprises and governments have adopted a series of measures and issued corresponding policies.

This has also become the basis for anti-globalization.

For all countries, governments, enterprises, and individuals must be concerned, but going to extremes is also harmful.

The third is the "polarization" of wealth.

Therefore, there have been doubts and opposition to globalization.

In 2008, the subprime mortgage crisis occurred in the United States, and there was an anti-Wall Street movement. Wall Street represents the beneficiaries of globalization.

In Europe and other countries, anti-globalization forces have also increased sharply.

Under the above-mentioned background, globalization has entered a period of adjustment, but opening up, division of labor, supply chain, etc. will not end, and new technologies will also promote the development of new globalization.

Data map: The container in the ship "Mediterranean Martina" is waiting to be hoisted.

Reporter from China News Service: In what aspects are the adjustments of globalization reflected?

Zhang Yunling: At the

policy level, the government will pay more attention to the country’s ability to guarantee the safe supply of basic necessities, reduce the degree of external dependence on important necessities, increase support for the return of industries, and take measures to limit the outflow of core industries, such as core technology, key industries for the national economy and the people’s livelihood, and even It may increase restrictions at the level of laws and regulations.

In this way, the "national conservatism" based on economic security, social security, and political security will have a greater impact.

Despite this, no country has declared to close its doors to the outside world, and the United States is no exception.

The U.S. government considers politics more and restricts the competitiveness of its opponents. After all, the U.S. can maximize its benefits only by relying on the world market.

At the level of business strategy, companies will pay more attention to the security of the supply chain.

For this reason, it may shorten the supply chain links, strive to master the core links, and in order to reduce operating costs, intelligent technologies such as robots will be used on a large scale.

However, companies, especially large companies, pay more attention to opportunities in the international market, so they will not retreat to the domestic market.

On the contrary, they will use the new technologies they have mastered to build a large network based on the world market and bring more companies into the Internet of Things.

At the social level, citizens have increased their demands on the government, requiring restrictions on the inflow of foreign capital and foreign population, guaranteeing employment opportunities, and increasing social security.

However, there are also more people who rely on a more open social, economic, and political environment to obtain greater and better employment and development space.

Therefore, although the original liberalism will lose its momentum, the relationship between globalization and public interests is still very close, and it is difficult for extreme xenophobic forces to get the support of the majority of the public.

China News Agency reporter: What trend will globalization present in the future?

Nevertheless, as an important part of the global economic and social operation collective, globalization cannot be simply abandoned.

As a process of development, globalization is adjustable, controllable, and variable, but irreversible. Whether it is a country, an enterprise, or a social group, it is impossible to retreat into a closed so-called "tribal society."

In reality, a large number of companies cannot go back, especially those companies that rely on the local market and factor resources for survival.

The new crown pneumonia epidemic will always pass, and the thinking, discussion, debate, and adjustment of post-epidemic policies, business strategies and civic awareness will continue, and will continue for a long time. This is called a reflection and transformation of "post-liberalism" .

However, as a general rule, in the face of the new crown pneumonia epidemic that is raging around the world, sadness, pessimism, and extreme emotions will often prevail. However, after the epidemic, returning to a normal state, more balanced, rational and wise will and actions will prevail. Gradually return to the mainstream.

Judging from past historical experience, each catastrophe will provide lessons for mankind, make mankind more rational and wise, and promote progress rather than retreat. The new crown pneumonia epidemic is no exception.

In fact, globalization is not only in the economic field, but also has strong linkages between ecology, environment, and climate change. No country can stay out of the matter. Politics and international relations are becoming more and more global in influence.

Analyzed from the general trend, the new globalization has three outstanding characteristics: First, it embeds artificial intelligence, big data, large network technology, builds the spatial Internet of things, breaks the traditional national boundary restrictions, forms spatial links, and has multiple elements under the framework of the large network. Integration, as a result, beyond the existing supply chain model, small and medium companies and individuals are integrated into the space network system.

Second, market opening and balanced development should be better combined to change the “open only” approach led by liberalism. Developed countries pay more attention to the accumulation of international wealth and domestic social and economic balance under globalization, and countries pay more attention to the overall national security system. Build, that is, towards a more balanced globalization.

China News Agency reporter: How does China respond to the future trend of globalization?

China is a beneficiary of globalization.

Reform and opening up opened the door for China to participate in globalization and achieved rapid economic development.

Therefore, China is also an active promoter and defender of globalization.

With the rise of protectionism, populism, and political interventionism, China must persist in reform and opening up.

For the first time since industrialization, China has led the world in some respects.

Whether it is from its own development needs or from the promotion of the world economy, China is currently able to play an increasingly important role in promoting the opening of the world market and maintaining the general trend of globalization.

China News Agency reporter: What do you think of the so-called "transfer of power"?

From the general trend of world development, changes in power will inevitably occur.

Historically, power has been transferred from one big country to another, which means substitution.

Talking about the transfer of power today, the United States is mainly involved. It is the only superpower and hegemony in the world, and it has dominance and control influence over the world.

But will the power of the United States be transferred to another country?

I don't think so.

The decomposition and dispersion of "multi-directional" is an important feature of power transfer in the new era. With the development of diversification, no country can control the future alone.

International and regional organizations such as the United Nations, covering various fields, will play an important role in managing the world.

With the increasing complexity of global affairs, the role of non-state actors such as enterprises, individuals, and non-governmental organizations has become more and more important.

In some areas, national power cannot dominate and will rely on multinational companies.

If we look at the transfer of power from a new perspective, there will be no "Thucydides trap".

It is necessary to establish a new discourse system based on theory and public opinion.

From the perspective of international changes, we cannot focus all the spearheads on Sino-US relations.

During the Cold War, the Soviet-American confrontation did affect the world, because the two sides of the confrontation formed two blocs, each with a head.

Now there is neither a group nor a head.

Most countries in the outside world do not want confrontation between China and the United States, they are unwilling to form a group, and even less willing to participate in any party to fight, because they have interests with both the United States and China.

If we still look at issues from the old theoretical perspective and link all issues to Sino-US relations, there will be no way out at all.

Therefore, when we analyze the world today, we must have a multi-faceted, multi-layered, and multi-directional perspective.

For China, it needs to consider the comprehensive impact of peaceful rise, and increase the transparency and integration of its own strategy and goal setting.

To realize the Chinese dream of the great rejuvenation of the Chinese nation, it must be understood and accepted by others to avoid strategic misunderstanding and misjudgment.

Zhang Yunling, a well-known expert on international issues at home and abroad, member of the Chinese Academy of Social Sciences, Chair Professor of Shandong University, Dean of the Institute of International Studies, and Director of the Academic Committee of the Northeast Asian Institute, won the title of National Expert with Outstanding Contributions; once served as Asia-Pacific Studies at the Chinese Academy of Social Sciences Director of the Institute, Director of the Department of International Studies; Member of the 10th, 11th, and 12th National Committee of the Chinese People’s Political Consultative Conference, Member of the Foreign Affairs Committee, President of the China Asia-Pacific Society; Between Reality-My Research, Participation and Thinking on East Asian Cooperation, "A Hundred Years of Great Changes: The World and China", "The Trend of the World-Grasp the Pulse of Changes in the New Era", etc.